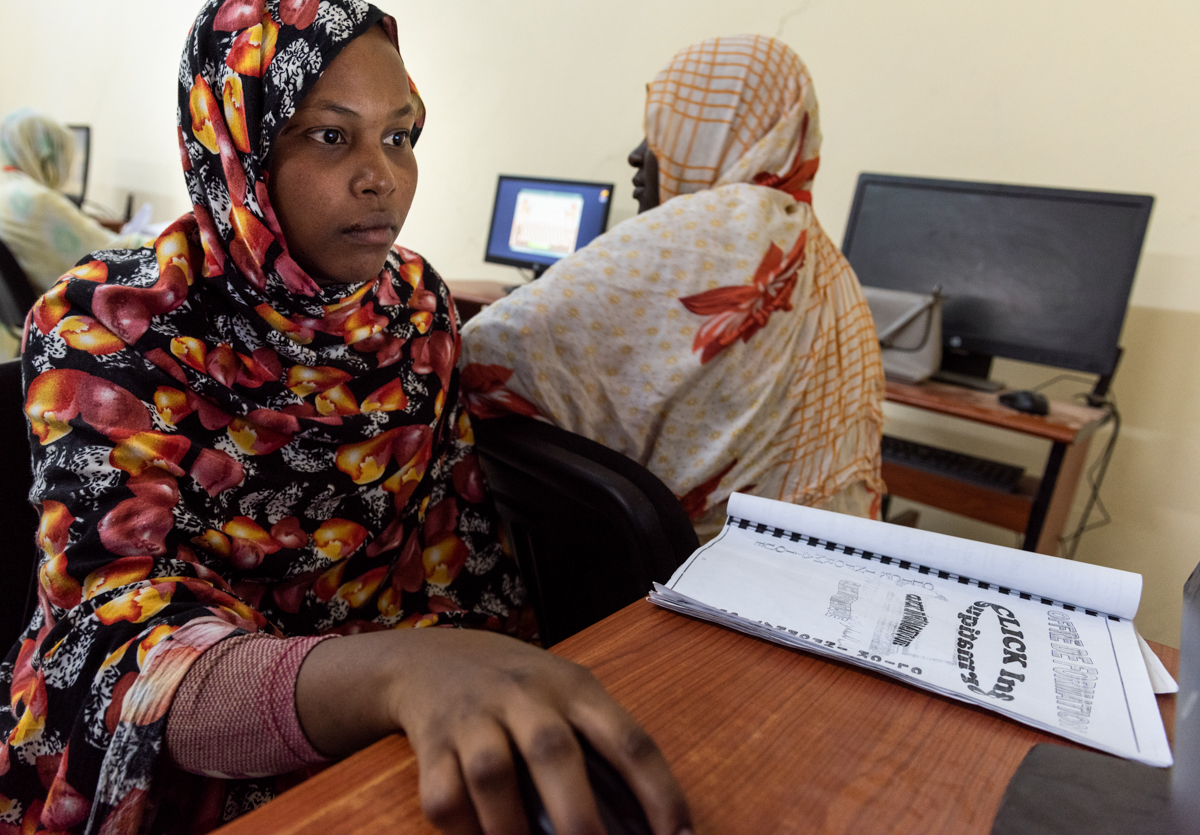 In Tarhir, one of the poorest neighborhoods of Nouakchott, Mauritania, The Youth Centre is a space where children learn new and creative skills. Mauritania is one of seven Sub-Saharan African countries in the top ten countries that are reducing their global MPI value at the fastest rates. Photo: UNDP/Freya Morales

New York – New figures released today show that before the COVID-19 pandemic hit, progress was being made in tackling multidimensional poverty, according to the global Multidimensional Poverty Index (MPI), a measure that looks beyond income to include access to safe water, education, electricity, food and six other indicators. Now that progress is at risk.

The data, released by the United Nations Development Programme (UNDP) and the Oxford Poverty and Human Development Initiative (OPHI), shows that 65 out of 75 countries studied significantly reduced their multidimensional poverty levels between 2000 and 2019.

Sierra Leone made the fastest progress in reducing their global MPI value. It is one of seven Sub-Saharan African countries in the top ten fastest-moving countries, alongside Côte D’Ivoire, Guinea, Liberia, Mauritania, Rwanda and Sao Tome and Principe.

“COVID-19 is having a profound impact on the development landscape. But this data – from before the pandemic – is a message of hope. Past success stories on how to tackle the many ways people experience poverty in their daily lives, can show how to build back better and improve the lives of millions,” says Sabina Alkire, Director of OPHI at the University of Oxford.

While data is not yet available to measure the rise of global multidimensional poverty after the pandemic, simulations for 70 countries in the developing world, based on the anticipated impacts of the virus on just two components of the global MPI – nutrition and school attendance – suggests how much impact the crisis could have unless it is addressed.

In three scenarios of varying deterioration in which 10, 25 and 50 percent of people who are multidimensionally poor or vulnerable become undernourished, and half of primary school-aged children no longer attend school, poverty levels could be set back 8 to 10 years.  But even if we look only at the impact on nutrition, if anticipated increases in undernutrition are not prevented or swiftly reversed, the setback could range between 3–6 years.

“COVID-19 is the latest crisis to hit the globe, and climate change all but guarantees more will follow soon. Each will affect the poor in multiple ways. More than ever, we need to work on tackling poverty – and vulnerability to poverty - in all its forms. This is why the Multidimensional Poverty Index is so important” says Pedro Conçeicão, Director of the Human Development Report Office at UNDP.”

Among the 1.3 billion people still living in multidimensional poverty today, more than 80 percent are deprived in at least five of the ten indicators used to measure health, education and living standards in the global MPI. The data also reveals that the burden of multidimensional poverty disproportionately falls on children. Half of the 1.3 billion poor have not yet turned 18. While 107 million are 60 or older.

“The MPI – with its information on both the level and composition of poverty – provides the data needed to pinpoint where and how poverty manifests itself. Otherwise policymakers are flying blind, unable to know how – or where – to target resources and interventions,” adds Alkire.

Addressing each challenge requires a different approach, many of which need to go beyond improving income. This is particularly true in the light of UNDP’s work encouraging societies everywhere to take the opportunity to rethink development pathways and “build back better” post-COVID.