Standing up against SGBV

Living in a deteriorating and challenging environment, one could lose hope in fighting for what is considered a right. Vulnerable people and mainly women would feel frustrated and devastated longing for protection and support but putting other concerns above their own. However, every day is the right time to speak up and to fight for one’s rights.

At a time where every initiative counts, UNDP supported the Tripoli Bar Association (TBA) in developing a response strategy to the rising trend of sexual and gender-based violence (SGBV), and violence against migrant workers. The implementation of an SGBV response strategy was finalized based on Communication for Development Approaches. Under the framework of this strategy, 4 legal awareness sessions were conducted to tackle women’s legal rights, specifically those subjected or are at risk of suffering from Gender Based Violence.

The sessions were implemented with the objective of empowering women and local community members in north Lebanon to speak up against GBV and promote available reporting/referral mechanisms including the UNDP supported hotline and legal helpdesks.

Four sessions were implemented, each targeting different audiences that include:

The implementation of this activity allowed us to:

Establishing a Hotline that Can Help Save Lives

As a result, UNDP provided TBA with the needed technical assistance and equipment to further develop their hotline based on a needs assessment. In addition, the person in charge of the hotline has been trained in order to operate the hotline that feeds into a software enabling the TBA to collect data and respond better.

Training Lawyers and Local Influencers to Respond to SGBV Cases 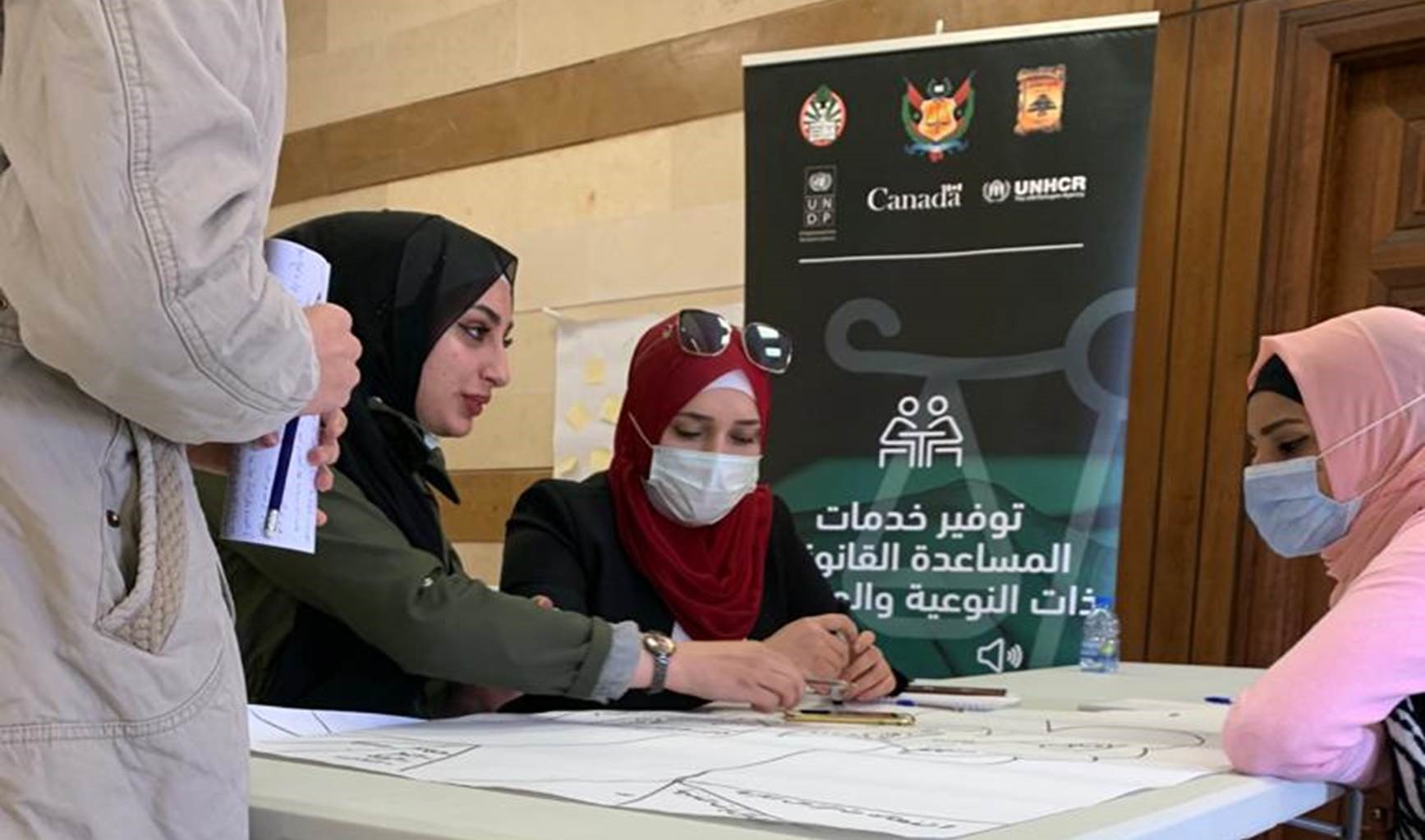 “Our challenge today more than any other day is to revive the law and implement it no matter how difficult the circumstances are.” Maitre Outayba Merhi, a lawyer and a human and women rights activist.

We have also  forces with more than 20 local influencers, many of them SGBV survivors and leaders within their communities to raise awareness on the rights of SGBV victims, encourage them to come forward & create pathways to the free legal aid services we are supporting in partnership with the TBA. Through a series of specialized workshops, the allocation of seed funding and information tools, our champions are empowered to organize awareness sessions in their own communities, including in hard-to-reach areas.

Since the establishment of the network and their participation in the workshops, 9 of our “Champions” were able to conduct 10 sessions, thus reaching over 150 women, many of them from very remote areas, with critical legal information and support

For all woman out there, Maitre Outaybe concludes “Woman, you are the base to build any society… you give the hope to recreate a space when no light can be seen. Knowing your rights and spreading them around is the starting pointing for any change”.

Women are essential actors of peacebuilding. Although the efforts of women in building peace often go unnoticed, women across conflict-affected countries in the A...

Meet Hanan and Ayham, the Lebanese Syrian couple who is reshaping traditional patriarchal roles & advocating for gender equality from their home in Bint Jbeil, So...

Breaking the Silence of Violence Against Women in Politics

Violence Against Women in Politics is widely acknowledged as a violation of women's political rights and a significant obstacle to their representation in politic...

#StrongerTogether – Towards equal balance of power between women and men

Globally, one in three women experiences physical or sexual violence throughout their lifetime, mostly at the hands of intimate partners. In Lebanon, the multi-la...

UNDP partnered with “Madaniyat” to develop a national survey on “Women in Politics: Delving into Women Empowerment, Perceptions and Attitudes” which was conducted...

In response to the worrisome rise of SGBV cases during the COVID-19 crises, the Tripoli Bar Association (TBA), with support from UNDP and UN Women established a h...