#StrongerTogether – Towards equal balance of power between women and men

“Violence is sometimes accepted as normal behaviour against women in our society, but it is important to stay aware and remember that it is not,” expressed Aida.

Globally, one in three women experiences physical or sexual violence throughout their lifetime, mostly at the hands of intimate partners. In Lebanon, the multi-layered crisis marked by the COVID-19 outbreak exacerbated pre-existing gender inequalities and violence against women. As strain intensified by health risks and financial insecurities, one of the most severe human rights violations was taking place behind closed doors, hiding an ugly truth.

The Lebanese Internal Security Forces reported an increase in domestic violence cases from 51% to nearly 96.5% in February 2021; however, the real figures might actually be even higher since many women don’t report incidents of violence and suffer in silence because of the strong stigma around gender-based violence (GBV). 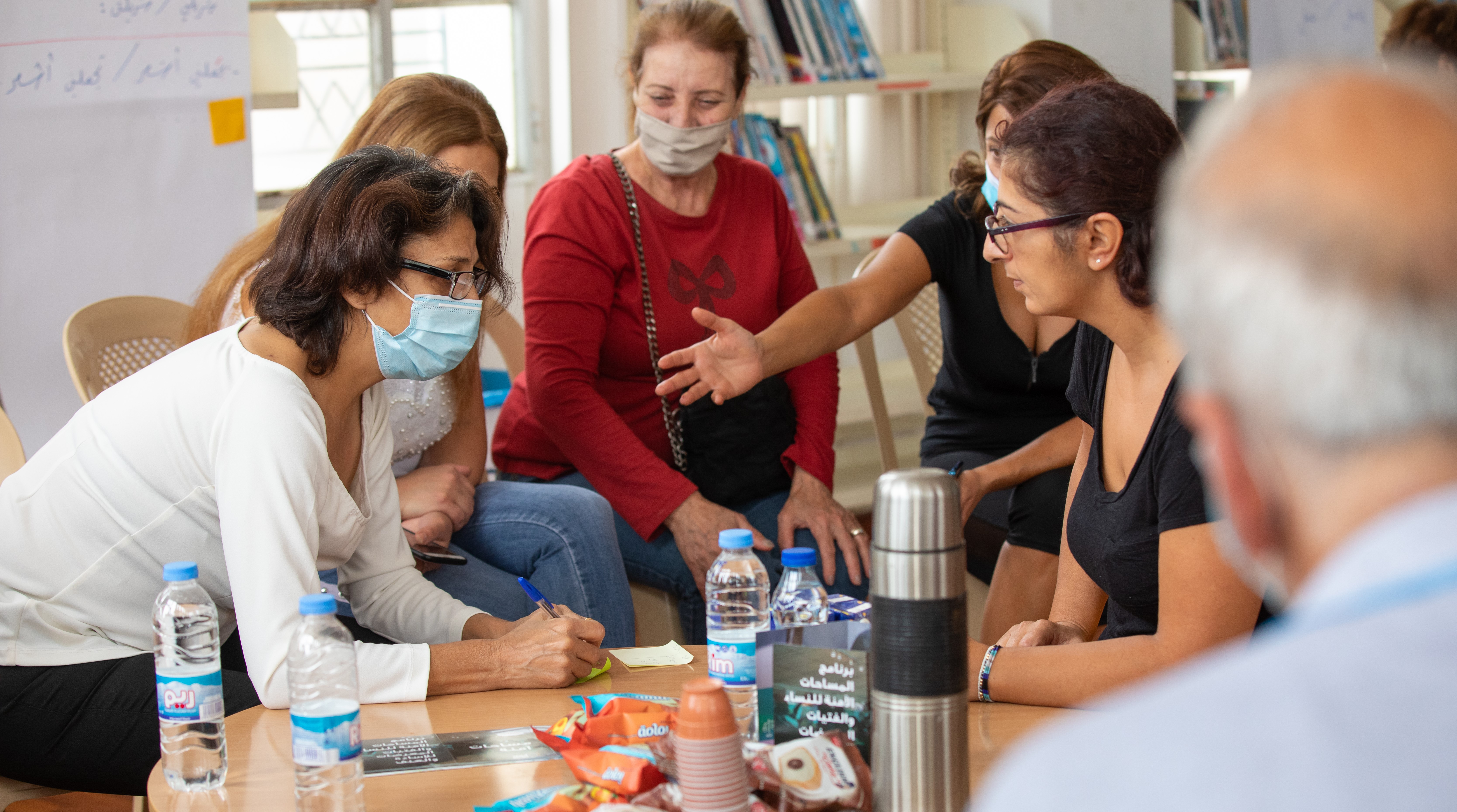 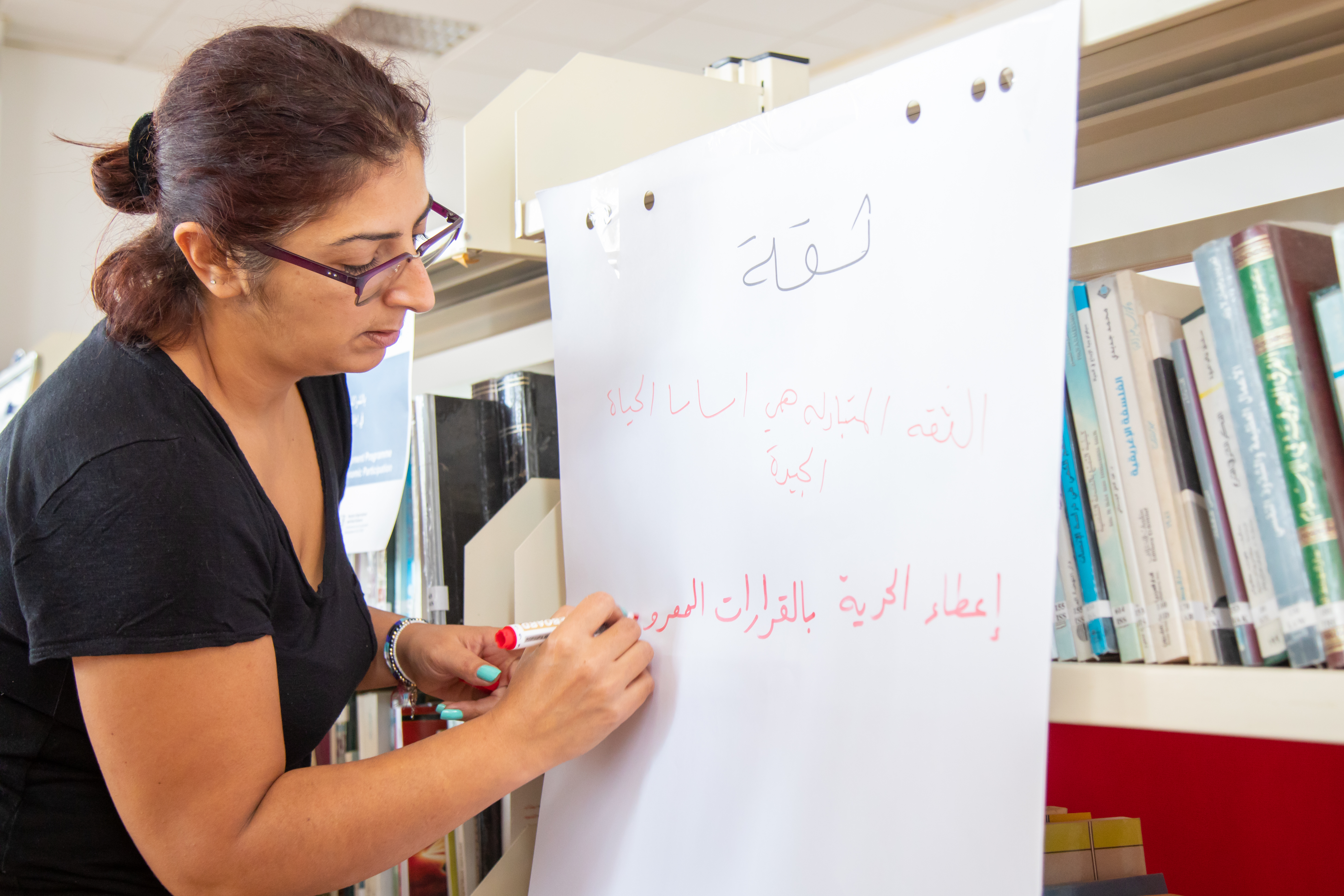 “Our society tends to blame women for their own suffering, and that alone encourages violent behaviour,” Mireille said.

“The sessions shifted my behaviour with my own children; I am now aware of how important it is to treat them equally at home avoid encouraging gender roles, and refrain from using sensitive statements we heard in our childhood such as ‘boys will be boys’” she added.

While women’s economic participation activities were the key entry point for engaging women in the initiative, male partners and relatives were invited by the women participants themselves to join the sessions.  Their engagement promoted positive attitudes and shifted gender-inequitable beliefs, behaviours, and norms, especially those related to gender roles, male authority over resources, and household decision-making. 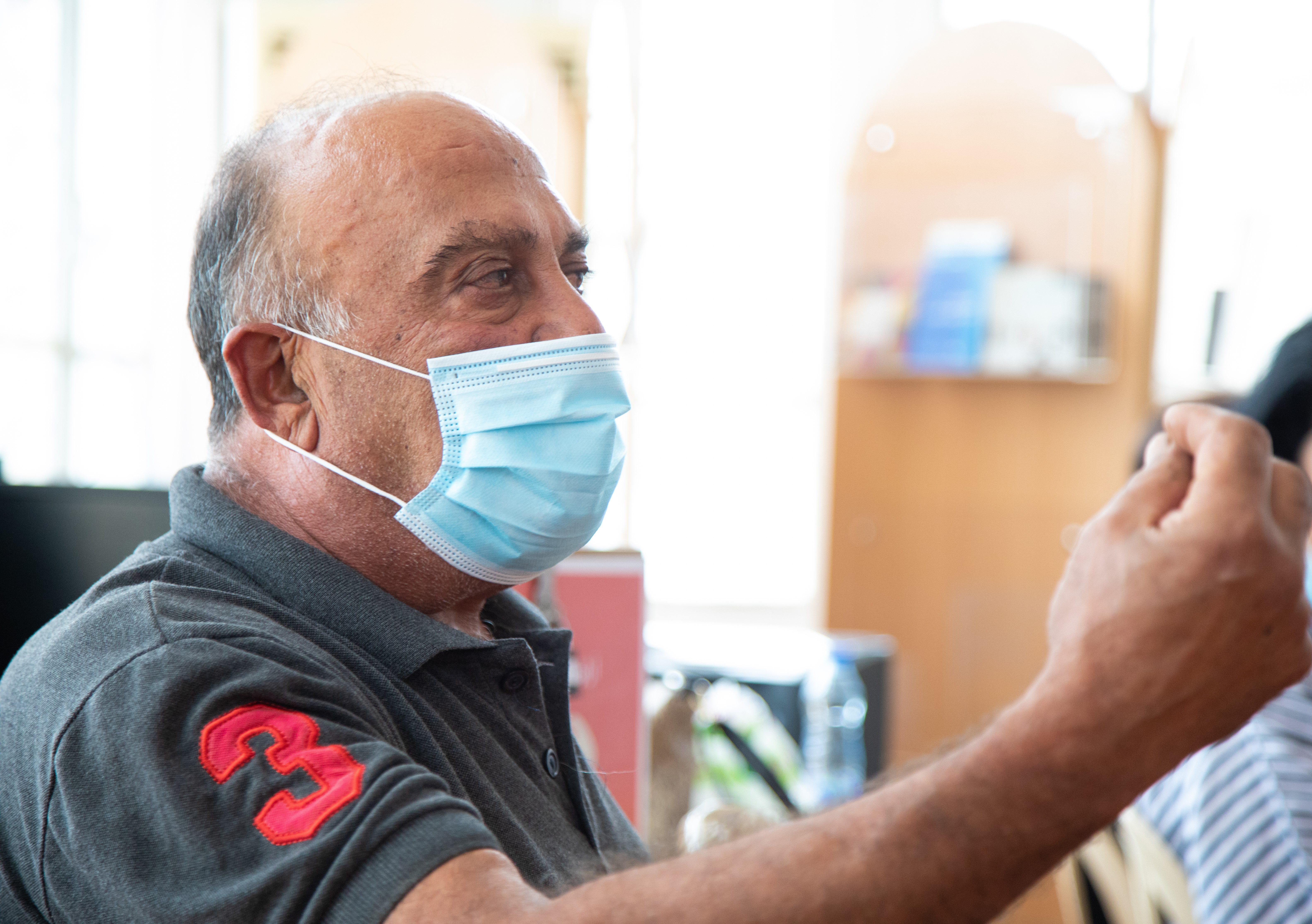 “Taking part in the discussions, I now recognize physical and verbal violence when I see it and I will never turn a blind eye anymore,” said Maroun, 65 years old.

By supporting women and men in steering the change in the balance of power between them, patriarchal norms can be dismantled and discrimination reduced, creating more equal and just communities. 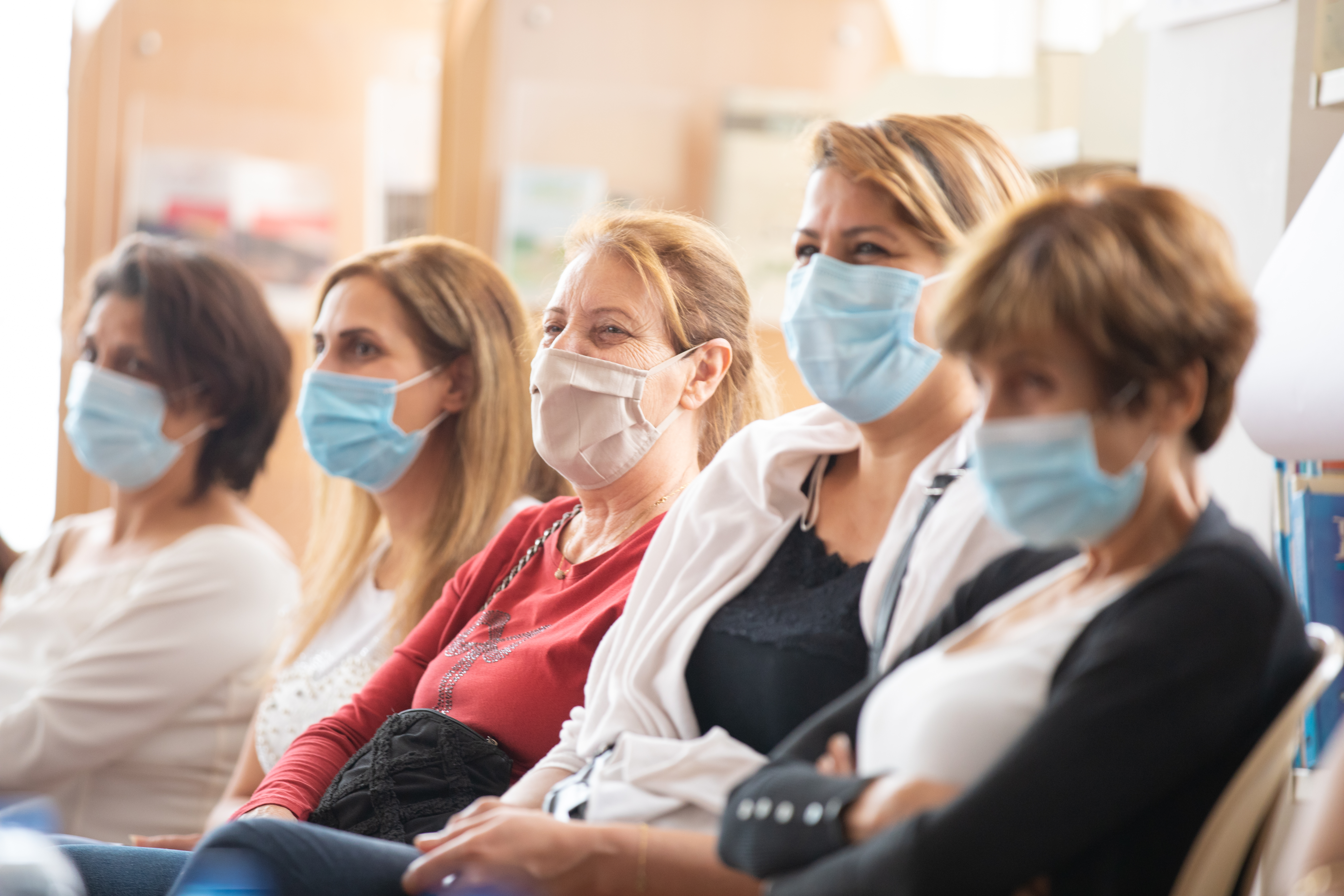 In the words of the participants, a message to every victim of violence:

“A healthy relationship is about support, security, respect, and nothing less.” - Dolly

“Always remember the problem is the problem… You are not the problem, never blame yourself.” - Aida

“Verbal violence is as hurtful as the physical one -  it is a shame how many disregard this fact.” - Maroun

“Never be silent… It is the weapon that drives the aggressor to carry on with his aggression.” - Mireille

“No violence is normal. All violence is “bad enough.” Speak up and seek the help you need.” - Ghada

Women are essential actors of peacebuilding. Although the efforts of women in building peace often go unnoticed, women across conflict-affected countries in the A...

Meet Hanan and Ayham, the Lebanese Syrian couple who is reshaping traditional patriarchal roles & advocating for gender equality from their home in Bint Jbeil, So...

Breaking the Silence of Violence Against Women in Politics

Violence Against Women in Politics is widely acknowledged as a violation of women's political rights and a significant obstacle to their representation in politic...

Standing up against SGBV

Living in a deteriorating and challenging environment, one could lose hope in fighting for what is considered a right. Vulnerable people and mainly women would fe...

UNDP partnered with “Madaniyat” to develop a national survey on “Women in Politics: Delving into Women Empowerment, Perceptions and Attitudes” which was conducted...