As the United Nations lead agency on international development, UNDP works in 170 countries and territories to eradicate poverty and reduce inequality. We help countries to develop policies, leadership skills, partnering abilities, institutional capabilities, and to build resilience to achieve the Sustainable Development Goals. Our work is concentrated in three focus areas; sustainable development, democratic governance and peace building, and climate and disaster resilience.

UNDP’s mandate is to end poverty, build democratic governance, rule of law, and inclusive institutions. We advocate for change, and connect countries to knowledge, experience and resources to help people build a better life.

UNDP has been operational in Lebanon for nearly six decades, since 1960, working in partnership with the government of Lebanon, development partners, UN agencies, civil society, and local communities, contributing to inclusive growth, sustainability, and efficient democratic governance.

UNDP Lebanon works within four focus areas: Social and Local development, Conflict Prevention and Peacebuilding, Democratic Governance and Institutional Development, and Environmental Governance. Along with its partners, UNDP is working in line with the new UNDP strategic plan 2022-2025, based on the six signature solutions (Poverty & inequality, governance, resilience, environment, energy and gender equality) and the three enablers (Digitalization, Strategic innovation, Development financing) towards delivering what is required to implement the 2030 agenda and to achieve our SDGs.

UNDP presence in the country has been continuous in times of war and peace and never halting its operations. The period immediately following the Lebanese Civil War which had raged from 1975 until 1990 and which was superimposed by further invasions and military occupation, was a period of transition for the country as well as for UNDP.

UNDP’s support was also imperative as the country a decade onwards was impacted by one the worst humanitarian crises of our time, with the influx of thousands of Syrian refugees to Lebanon (1 in 4 people is a refugee in Lebanon). UNDP has implemented a holistic response to the impact of the Syrian crisis in partnership with the Lebanese Government co-leading the Lebanon Crisis Response Plan, building capacities in host communities, improving community security, supporting local economic recovery and social cohesion through community-based initiatives that bring together local authorities and civil society. As UN co-lead of the Lebanon Crisis Response Plan, UNDP works to ensure that all aspects of the plan contribute to the country's long-term stability.

In 2020, after WHO declared COVID19 as a global health emergency, UNDP worked with WHO and other UN agencies, the Lebanese government, and partners, to support Lebanon in preparing, responding and recovering from the impact of COVID-19, through an inclusive and integrated socio-economic response plan that helped strengthen Lebanon’s health system which was over stretched by the pandemic, and mitigate its effects that exacerbated the crisis in the country and upended our world.

In tandem with fighting COVID19, Lebanon endured a manifold crisis; a massive explosion in Beirut’s port on August 4 2020, an economic-financial collapse and rising political instability, affecting all social groups, the most vulnerable and marginalized in particular. UNDP implemented an agile response plan and mobilized its resources to provide immediate support to the needs of the most affected, through advocating a people-centered approach to recovery that is just and that leaves no one behind.

Through our commitment to leaving no one behind, UNDP stands in solidarity with the people of Beirut and Lebanon. Working to ensure we come out of these crises stronger because together we can #BuildLebanonForward. 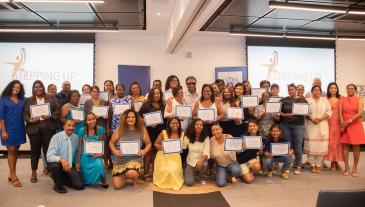 Stepping Up Project: collaboration between the UNDP and ENL Foundation to empower women of Le Bouchon and L’Escalier 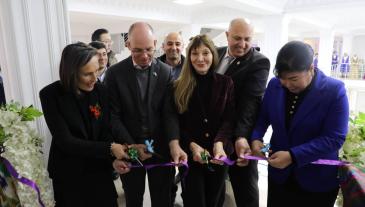 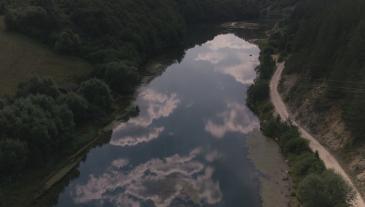 Development of the Environmental Protection Strategy 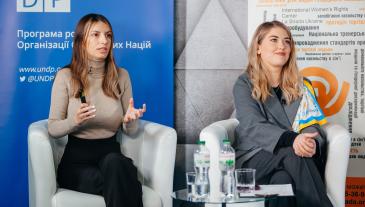 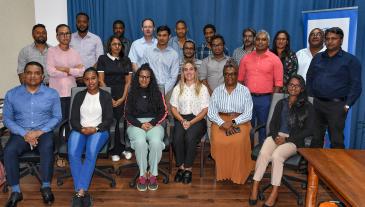