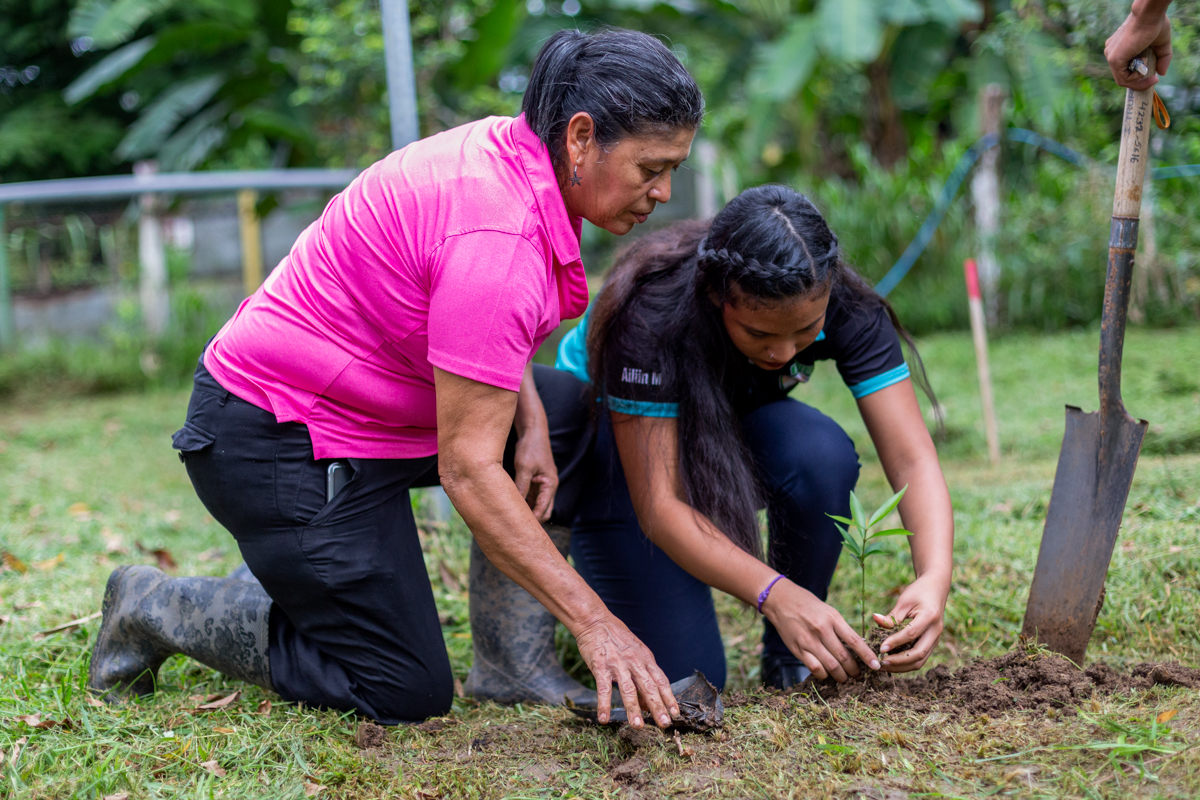 UNDP supports countries in their efforts to secure financing for the implementation of their national strategies to reduce greenhouse gas emissions due to deforestation and forest degradation. Photo: UNDP Costa Rica/Priscilla Mora

The GCF approved today US $54.1 million in non-reimbursable funds for Costa Rica - under the modality of REDD+ Results-based Payments - within the framework of climate financing of the United Nations Framework Convention on Climate Change (UNFCCC). This modality recognizes the efforts made by countries like Costa Rica to respond to the climate crisis and provides funds so that they can continue successful public policies.

The United Nations Development Program (UNDP) and the REDD+ Secretariat supported Costa Rica to develop and present the proposal to the GCF, which asked to recognize 14.7 million metric tons of carbon dioxide captured in that period through the country's forests.

The funds will directly benefit thousands of Costa Ricans through three mechanisms, to be executed over the next five years (2021-2026) through the Ministry of Environment and Energy (known as MINAE): strengthen the existing Payment for Environmental Services (PES) scheme; Expand the PES scheme in indigenous territories, and strengthen forest fire prevention measures in rural communities through the National System of Conservation Areas (known as SINAC).The national PES program will be an important mechanism to transfer needed cash resources directly to impoverished groups to support the COVID-19 recovery phase.

"The protection of the environment becomes a source of wealth that improves the quality of life of the people of our country, it benefits the generation of jobs in the communities and that it takes us at a good pace towards our goal of being a decarbonized country by 2050”, said Carlos Alvarado, President of Costa Rica when reiterating the commitment of the country to continue working for climate action.

After decades of continuous forest loss, Costa Rica managed to halt and reverse the rate of deforestation in the 1980s, in part thanks to the support of successful programs such as the PSE. Today, thanks to the implementation of public policies and actions aimed at recognizing the importance of forests, it has a forest coverage of about 52%, protects more than a quarter of its territory, and is home to 6% of the biodiversity of the planet.

“Once again, Costa Rica shows the world that environmental sustainability is economically viable and socially inclusive. It fills us with joy to be able to support the mobilization of important resources and thus move forward on the path of decoupling the financing of environmental protection from those fiscal revenues that come from carbon consumption” said José Vicente Troya Rodríguez, UNDP Resident Representative in Costa Rica.

UNDP is working with governments, civil society, and the private sector to develop recovery plans for COVID-19 that embrace renewable energy, sustainable business, green urban planning, and nature-based jobs and livelihoods. This is crucial not only to protect ecosystems and biodiversity and restore nature but it will also bring other concrete benefits including the creation of new green jobs and reductions in inequalities while fostering more resilient communities.

UNDP supports countries in their efforts to secure financing for the implementation of their national strategies to reduce greenhouse gas emissions due to deforestation and forest degradation (REDD+), through negotiation and co-design of large-scale results-based payment projects. With this approval, UNDP consolidates its position as a leading agency in this sector, having supported 4 pioneer countries (Brazil, Ecuador, Indonesia, and Costa Rica) to access more than US $270 million payments for results from the Green Climate Fund, to emissions reductions from deforestation