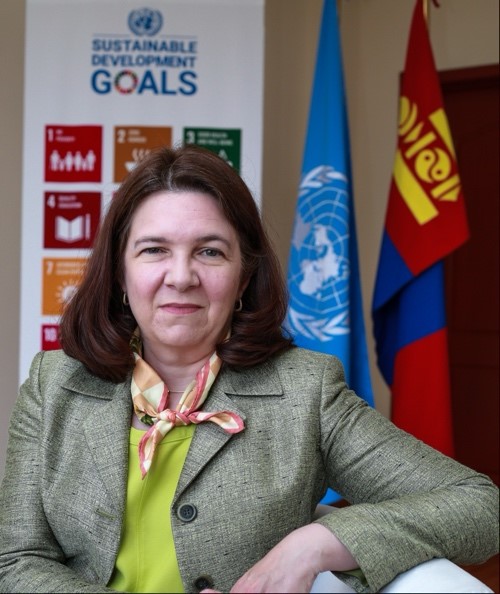 Ms. Elaine Conkievich serves as UNDP Resident Representative in Mongolia, as of 9 November 2019.

In her role, Ms. Conkievich acts on behalf of the UNDP Administrator and is the head of the country office, being responsible for the quality and sustainability of UNDP interventions, including UNDP policies and procedures.

Prior to her appointment, she was with UN Women since 2014 as the Representative and Head of the Multi-Country Office Kazakhstan (Central Asia) promoting gender equality and women’s empowerment.  Ms. Conkievich has additionally worked with the OSCE, other parts of the UN and international NGOs in several countries of Eastern Europe, Balkans, Caucasus, and Central Asia.

Ms. Conkievich is fluent in English, German, and Russian.

Lin Cao has 25 years of professional experience in international development assistance. Before this assignment, she was the Coordination Advisor at RBAP New York. She served as the Head of the South and West Asia Cluster at the Bangkok Regional Hub, the Deputy Resident Representative of UNDP Turkmenistan, acting Deputy Country Director of UNDP Cambodia, and Assistant Country Director on PME in UNDP Timor-Leste.

Prior to her career with UNDP, Ms. Cao worked in the Ministry of Commerce of China, in charge of coordination of UNDP and UNIDO assistance in China.

Ms. Cao holds a master’s degree in Development Economics from Peking University, Beijing, China. She has one son.