Casillas made his name in football as he led a young Spanish team to their first European Championship in 44 years. In 2010, he led Spain to their first ever FIFA World Cup and won the Golden Glove for the tournament's best goalkeeper.

“While my job on the pitch is to prevent goals, my job at UNDP is to help score them,” said Casillas. “Bringing attention to the poor conditions people are enduring around the world is essential to motivate action on the world’s pledges to improve their lives.”

“UNDP works with people and their governments around the world to end poverty with solutions that will last,” Casillas said. “Only with that kind of team approach can we win the battle against poverty, and I am proud to add my personal commitment to this work.”

As UNDP Goodwill Ambassador, Casillas has appeared in numerous public service announcements in support of the victims of the earthquake and the tsunami in Japan and several videos on youth issues and inequalities in the Latin American region. Casillas also participated in UNDP’s major events and activities, including the World Humanitarian Summit and the historic signing of the Paris Climate Change Agreement, through his social media platforms.

Check out some of the athlete's compelling video messages in the video section below. 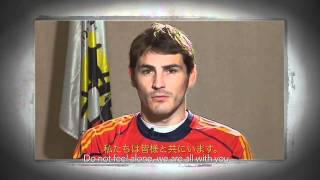 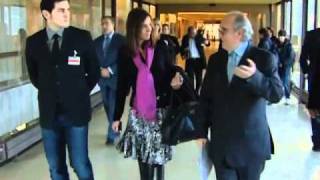