American actor and advocate Connie Britton joined the United Nations Development Programme as a Goodwill Ambassador on 2 April 2014. In this role, Britton is helping lend visibility and mobilize support for UNDP's efforts to fight poverty, empower women and achieve the Sustainable Development Goals, also known as the Global Goals.

Throughout her career, Britton has devoted substantial time to a wide range of charity work both in the United States and internationally. She has travelled extensively and has witnessed firsthand the challenges faced by millions of people living in poverty around the world.

As UNDP Goodwill Ambassador, Britton visited Kenya and Rwanda where she was moved and inspired by UNDP's work to empower women. She continues to actively support UNDP’s mission to create a world where poverty and inequality are things of the past.

"When we empower women to take control of their lives, their finances and their future, entire families, communities and nations benefit," said Britton. "I have witnessed these life-changing results during my travels with UNDP, and for me, empowering women has become personal. Fighting poverty has become personal. And I believe the two go hand in hand."

An accomplished actress, Britton has earned several Emmy nominations for her leading roles in award-winning television series American Horror Story and Friday Night Lights, which also earned Britton her first Golden Globe nomination. She produced and starred in Nashville, a Critics Choice Television Award winner and her film Beatriz at Dinner previewed to critical acclaim at the 2017 Sundance Film Festival.

In her role as Goodwill Ambassador, Connie Britton focuses on poverty reduction and women's empowerment.

CNN.com: Breaking the cycle of poverty, one woman at a time

Connie Britton on how to help out during World Refugee Day 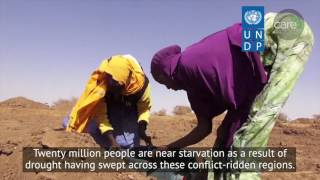 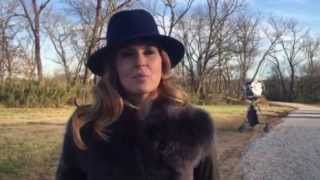