Spanish-born international star Antonio Banderas was appointed United Nations Development Programme Goodwill Ambassador for the fight against poverty on 17 March 2010. The globally acclaimed actor, director, writer and producer is working with UNDP to promote the 17 Sustainable Development Goals agreed by world leaders to eliminate poverty by 2030.

“Poverty robs us of our potential as a people, preventing us from being all that we can be,” said Banderas. “This is why it is so important to mobilize all of our efforts to defeat it, especially if today we have the knowledge, the tools and the resources to do it.”

Banderas works with UNDP to mobilize support for the 17 goals, also known as the Global Goals, with a particular focus on Africa and Latin America. He launched a video appeal to help alleviate the Horn of Africa food crisis, helped build momentum around the Rio+20 Summit and lent his voice to several public service announcements, including “The Future We Want.”

When an earthquake devastated Ecuador in April 2016, Banderas urged his fans' support for the victims and also called for immediate global action to fight climate change.

In his role as Goodwill Ambassador, Antonio Banderas focuses on poverty reduction and women's empowerment. 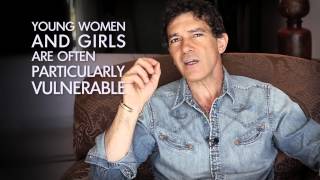 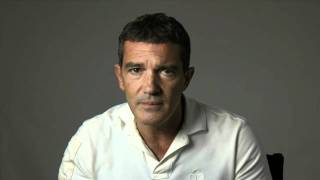