There is much work to be done as UNDP embarks on a mission to support governments in the Caribbean finance the Blue Economy (BE) under the Sustainable Development Goal (SDG) Joint Fund’s Joint Programme, “Harnessing Blue Economy Finance for SIDS Recovery and Sustainable Development” in collaboration with the Food and Agriculture Organization (FAO) as well as the United Nations Environment Programme (UNEP).

The first step in financing this integral driver for resilient economic recovery and growth in the Eastern Caribbean, is to better understand it. As such, UNDP has begun the process to identify what is needed to develop an enabling and supportive environment for financing the BE in the three beneficiary countries of Barbados, Grenada and Saint Vincent and the Grenadines.

Let’s take a look at some of the key gaps and constraints as well as some of the recommendations identified in the various consultations conducted and reported on in Phase 1 of the project. 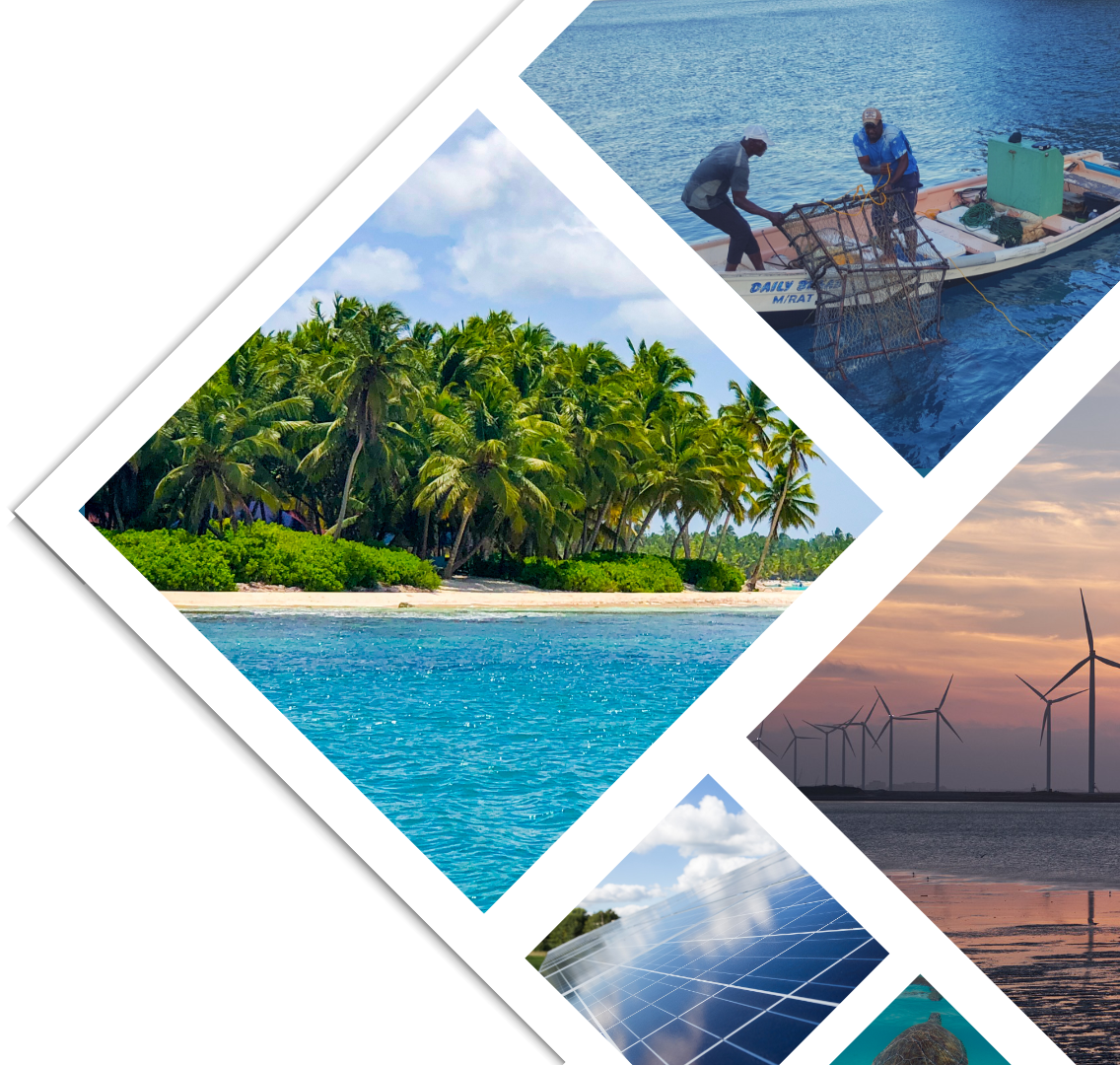 No man is an island

It’s important to accept this old adage that speaks to working together for a greater good. Although each island is unique, it was determined that improved collaboration between sectors, institutions and stakeholders at a regional level is needed to better enable and support regional and national ocean policies. This collaboration is especially important as it relates to targeted data collection and data analysis platforms to aid decision making. The reports produced under the project so far highlighted that there was an urgent need for multi-sectoral coordination mechanisms to help implementation of the BE both within each country, and at a regional level. Additionally, at a local level, an integrated approach that spans across all policy areas that affect the ocean, such as environmental protection, maritime transport, coastal development, fisheries, tourism, energy, defence, maritime safety and security, and energy also needs to be considered under a “whole-of-government” approach to developing Blue Growth in Small Island States or Big Ocean States, as we would like to call them in this context.

As the region collaborates to harness the power of the BE and support financing, it is important to boost capacity at a regional and country level. So far it has been a need has to build on existing national governance modalities at both the national and regional levels to support the future of the BE has been identified. This capacity building is even more important due to the post COVID-19 world we are faced with. But importantly, it was identified that in addition to building human capital and policy, commitment to the implementation of international agreements that seek to incorporate a range of economic instruments was critical. This commitment to create and honour these agreements will help mainstream ocean governance and support a BE alongside national sustainable development commitments and those of the climate change agenda.

The Blue Economy is more than just “the economy”

Words matter and it was identified that promoting the concept of “Blue Growth” as opposed to “Blue Economy” may have value as additional conversations are had about the BE. This is because any BE framework needs to be both socially equitable and sustainable in equal amounts as a focus on only economic benefits may create imbalance. In addition to the general public and stakeholders not having a comprehensive understanding of BE, some “less critical” sectors have legitimate concerns that the current “push” towards focusing on the term “economy” may result in forms of development that marginalise certain users and sectors. However, with careful planning and a focus on equity and social justice as central to all BE related policies, plans and processes this can be avoided.

Slow and steady wins the BE race

The project has highlighted the importance of a gradual transition to a BE based development stating that sudden and drastic changes in national governance arrangements should be avoided when preparing any new pathway to pursue BE delivery. Instead, the recommendation of a phased approach was put forward to help transition towards new ways of working. Some areas that would benefit from a phased approach include efforts to formalise informal industries e.g. small-scale fisheries, which would in turn spread the benefits of growth across different socioeconomic groups. Careful planning that is not rushed, will ensure that vulnerable populations who engage in informal activities in the BE are not crowded out by the potential introduction of larger private sector firms into some predominantly informal sectors such as fishing and marine tourism. By identifying these groups that may be disadvantaged, governments can promote a more inclusive approach to development.

These are just a few of the key observations revealed  by the project so far. A series of consultations held, delved deeper into the individual country intricacies of Barbados, Grenada and St Vincent and the Grenadines and provided comprehensive reports to capture the data revealed. As the project continues and work is in progress to action some of these recommendations and reduce the highlighted gaps, UNDP remains committed to supporting the region in financing the Blue.

Behind the Blue: Community-focused solutions to harness the Blue Economy

We are faced with the indisputable fact that we are in the age of the Anthropocene – this is the first time in our history where human activity has been the domin...

St. Vincent and the Grenadines Volcano Recovery: A Year of Resilience

Gray skies and fields are not normally associated with the tropical environment of the beautiful country of St Vincent and the Grenadines, but a year ago the land...

Bridgetown 16, May 2022 - Leveraging the symbiotic relationship between fish and plants is at the heart of a new project aimed at increasing food security, buildi...

“It's your world; you are inheriting it, so absolutely, we want to hear from you.” The words of Valerie Cliff, Resident Representative, United Nations Development...

Women Artisans, Farmers, Fisherfolk Among Those at Forefront of Dominica’s Efforts to Become the World’s First Climate-resilient Nation

The Government of the Commonwealth of Dominca, in partnership with the United Nations Development Programme (UNDP)’s Enabling Gender-Responsive Disaster Recovery,...