Antigua and Barbuda consists of two major islands and a number of smaller islands, which include Great Bird, Green, Guiana, Long, Maiden and York Islands and further south, Redonda. The country with a population of 97,929 people, remains a member of the Commonwealth. Queen Elizabeth II is represented by an appointed Governor-General as the head of state, following the island's independence on November 1, 1981. The head of Government is the Prime Minister.

After Hurricane Irma’s landfall and devastation on the island of Barbuda in 2017, UNDP strengthened its presence in Antigua and Barbuda by creating a project office in the capital city of St. Johns, to support the Government in its recovery efforts.

Under the leadership of the Government and in close collaboration with the Barbuda Council and national partners, UNDP’s support has been concentrated on recovery and rebuilding post-Hurricane Irma In 2017 and previously Included a roof restoration initiative, funded by the People's Republic of China, a debris management project, funded by the United Nations Central Emergency Relief Fund (CERF), and a rehabilitation of public infrastructure project, funded by the UN India Development Fund which also saw the reconstruction of the General Post Office and the Hanna Thomas Hospital (the only hospital in Barbuda).   Additionally, a Housing Support project funded by the European Union was initiated in February 2019, aimed at rehabilitating up to 104 homes.  This Is currently ongoing, and likely to reach its original target, within the coming months.

In addition to the many efforts on reconstruction, UNDP also implements its CariSECURE project in Antigua and Barbuda. CariSECURE works to strengthen the integrity and accessibility of citizen security data in eight Eastern and Southern Caribbean countries and is funded by the United States Agency for International Development Mission for Eastern and Southern Caribbean (USAID/ESC) and the United Kingdom Foreign, Commonwealth and Development Office (UK FCDO).

The Global Environmental Facility Small Grants Programme (GEF-SGP) has been operational in Antigua and Barbuda since 1994 and works to provide financial and technical support to projects that conserve and restore the environment while enhancing people's well-being and livelihoods.

Recently, UNDP has supported the COVID-19 emergency response by partnering with the Government in the production of a Human and Economic Assessment of Impact (HEAT) Report, with the collaboration of UNICEF and UN Women. The report analyses the COVID-19-induced socio-economic state of the country in order to support the Government’s relief and recovery efforts. The relief package of UNDP also included assistance to MSMEs in order to advance their transition to digital business models and promote business continuity. UNDP recently implemented a USD 1M initiative aimed at strengthening national health capacities and reducing the negative socio-economic and human development impacts of the COVID-19 crisis.

In support of the COVID-19 emergency response provided valuable procurement support to the government assisting in its transition to online learning through the procurement of 154 laptops for primary and secondary school students and teachers to access e-learning opportunities.

Additionally, UNDP is technically and financially supporting Micro, Small and Medium Enterprises (MSMEs) within ten countries and territories that are directly or indirectly linked to the tourism sector or have been significantly impacted by the COVID-19 pandemic, through the Future Tourism project.   With gender equality and empowerment of women at its core, the project seeks to promote economic diversification, job creation and resilience with the “Blue Economy for Green Islands” approach in the tourism sector thereby boosting recovery and supporting the digitally enabled transformation of the business processes and value chains of MSMEs.

The EnGenDER project will support the development of gender-responsive and targeted action plans and assessments relating to climate change and recovery plans with an aim to improve capacity in these areas.

Antigua and Barbuda is a beneficiary of the joint programme (UNDP, UN Women, FAO, ILO) Trust Fund for Human Security funded activity Building Effective Resilience for Human Security in the Caribbean Countries: The Imperative of Gender Equality and Women Empowerment in a Strengthened Agriculture (and related Agri/Fisheries Small Business) Sector which seeks to enhance human security by advancing comprehensive and gender-responsive development with a focus on key economic sectors in the Caribbean, including farming, fishing, agri-fisheries and related small business activities. A specific activity in relation to this joint programme focussed on climate-smart agriculture and youth and developing advocacy initiatives around empowering the voice of young farmers.

The Global Environment Facility Small Grants Programme (GEF SGP) has been operating in the OECS and Barbados since 1992/94. GEF SGP, as an independent country programme in Antigua and Barbuda, was introduced in 2013. While focusing on the Three I’s: Impact, Inclusion and Innovation, The GEF SGP empowers grassroots community groups to have a voice, providing much-needed funding and support, allowing them to think locally, while having a global impact.  The GEF SGP also provides the vehicle through which synergies were built CSO-CSO and CSO-Government; there is an Increased and sustained CSO-Government Policy and Planning Dialogue. CSOs are now actively engaged in decision-making on a national level, primarily to support national environmental targets.

Since its inception, GEF SGP in Antigua and Barbuda has provided support to 50 projects with $1.9 million USD.

Antigua and Barbuda’s nickname is “Land of 365 Beaches”. With “one beach for every day of the year”, the country annually attracts more than 700,000 visitors!

To contact the UNDP office in Antigua and Barbuda, write to Mellissa Johnson, Office Coordinator, at mellissa.johnson@undp.org

Sugar and Spice and everything Digital! 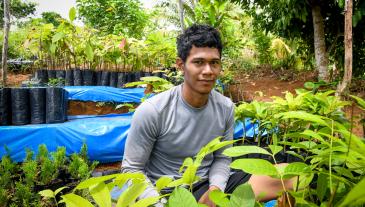 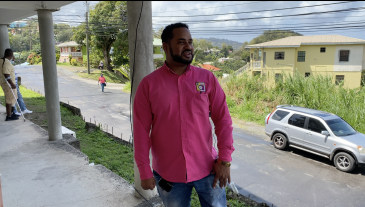 Merphilus on a Mission of Empowerment 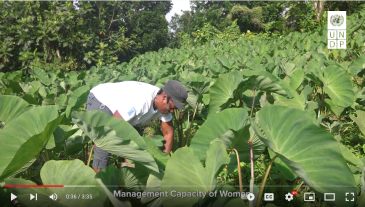 Sowing Seeds of Resilience in Dominica! 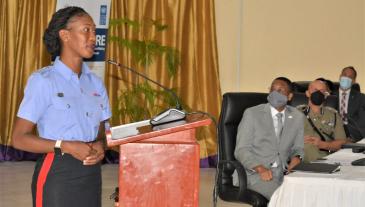