During the total quarantine, residents of the five northern districts of Karakalpakstan have constant access to agricultural products. With the support of the United Nations Development Programme, to ensure climate resilience of farms and dekhkan farms located in the arid regions of Uzbekistan – in Muynak, Kegeyli, Takhtakupyr, Chimbay and Kanlykul districts – 564 greenhouses have been constructed over the past two years. Over 2000 people have been trained in the methods of growing planting stock and vegetable and melon crops under cover.

- In a situation of self-isolation of the population, priority includes issues of ensuring food security. Now more than 1000 families in the project pilot districts were able to build their own greenhouses, i.e. 5000 people – family members of the owners of these greenhouses now have income, without leaving home. In the near future, we plan to assist in the construction of additional 2,000 small greenhouses, which will create 2,000 jobs at home, as well as the access of 10,000 people to vegetable and melon products,” says Bakhit Aybergenov, the specialist of UNDP project, which is implemented jointly with Uzhydromet. 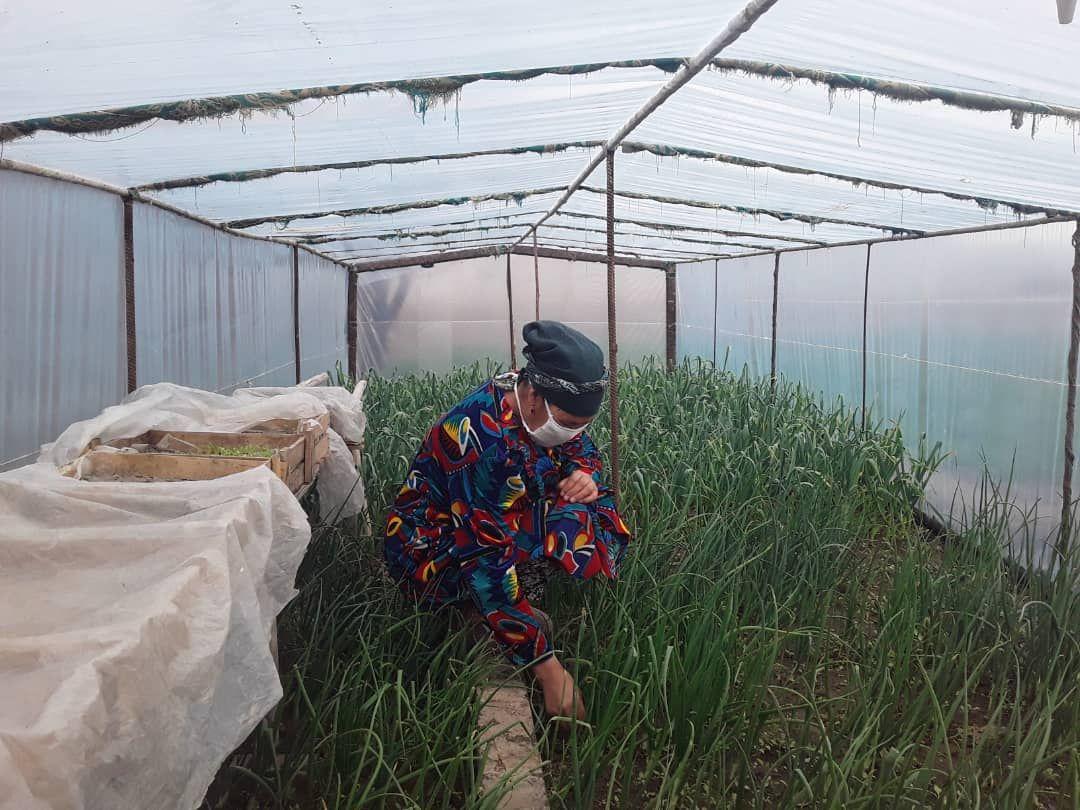 In recent years, Uzbekistan has adopted a number of documents on the effective use of household plots by the population, and amendments have been made to certain laws. According to statistics, the owners of such plots are able to get 2-3 crops per year, one family earns an average of 50-60 million from 8-10 hundred square meters of land, and some up to 100 million sums3. With our assistance,  gravity drip irrigation systems were transferred to 630 householders, members of livestock production cooperatives. This technique allows a significant amount of water resources to be saved, which is important in the arid climatic conditions of Karakalpakstan. More than 1260 jobs have been created in this sector. This year it is planned to provide 2000 units of such systems to residents of the pilot districts of the project, which will bring an additional 2,000 people into employment on household plots, with more than 10,000 people having access to the products of vegetable and melon crops.

Moreover, the owners of livestock cooperatives can produce green fodder at home all year round. Hydroponic units with the production capacity of such feeds in amounts of 40, 80, 120, and 500 kg/day. In 2019, the project provided 8 such units, with a total capacity of 540,200 kg of fresh green fodder. This amount is enough to feed up to 100 cattle per year. The complete set alsoincludes electrolysis devices. Every day they are able to produce up to 80 liters of sodium hypochlorite – a disinfectant for disinfecting grain used in the production of green feed.

These days, the chairmen of the pasture cooperatives “Ajiniyaz Jaylawlari” of the Muynak district and “Bozatau Jaylawi” of the Bozatau district, together with specialists from the district centers for state epidemiological surveillance, disinfect social facilities and also provide sodium hypochlorite to local residents to prevent the spread of coronavirus infection. 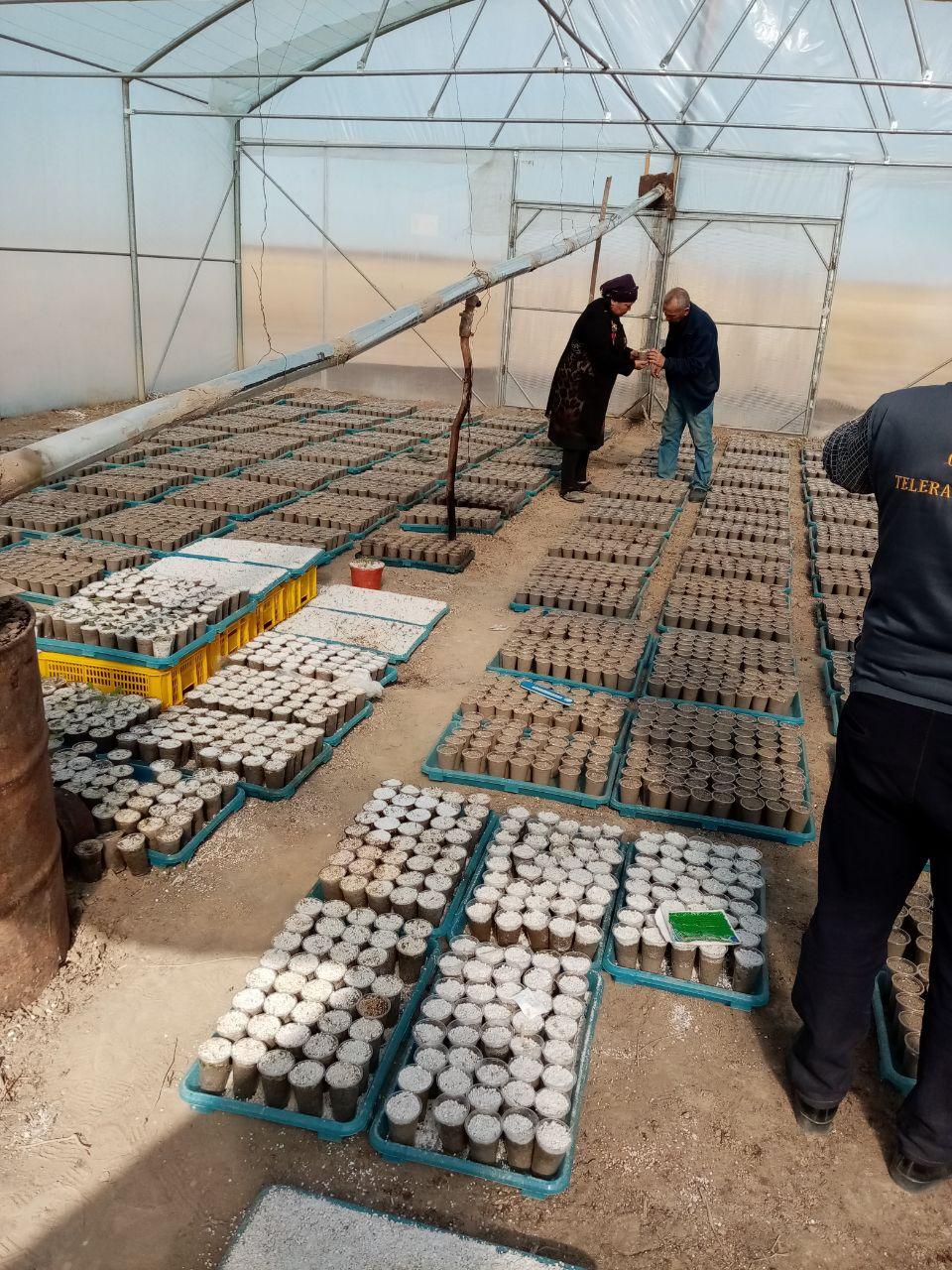 But most importantly, farmers need water. Together with the Canada Fund for Local Initiatives, we plan to install high-salinity water purification systems using reverse osmosis technology with a capacity of 6 m3/h in “Koksuu” village community assembly of the Bozatau district within the year. 3955 people live in this village. Just two hours of operation of such a system is enough to provide clean drinking water to all residents. The rest of the time the system will be used for irrigation of personal land. With this, in normal practice, the brine remaining from water purification is discharged into the sewer or collector-drainage system, worsening the quality of the water. In this case, it is planned to establish the production of disinfectant from brine, which will solve both the environmental problem – to eliminate the pollution of irrigation water, and the problem of providing local residents with disinfectants to prevent the spread of viruses and infections.

The measures proposed for the districts of Karakalpakstan make it possible to solve food security issues in the region, as well as to ensure the careful and efficient use of water and land resources in conditions of severe water shortage and high risk of drought.

On June 22, 2022, the meeting of E. Mukhitdinov, First Deputy Minister of Employment and Labor Relations, with Marina Walter, Deputy Director of the UNDP Regional...

A high-level delegation of Uzbekistan is visiting Geneva (Switzerland) during the week of 20 June to hold bilateral and multilateral negotiations as part of the a...

June 21, 2022, Tashkent, Uzbekistan. Today, the United Nations Development Programme jointly with the Senate of the Republic of Uzbekistan launched the “Uzbekista...