4 July, TASHKENT – The ‘Rule of Law Partnership in Uzbekistan’ project is conducting regional dialogue events for journalists, bloggers and court press staff, the first having been held in Fergana city on 2 July, and with three more being conducted in the Samarkand, Karshi and Urgench cities on 9, 16 and 23 July. Hosted by USAID, the Supreme Court and UNDP, these events have been both training opportunities and spaces for building positive working relationships between courts and the media. 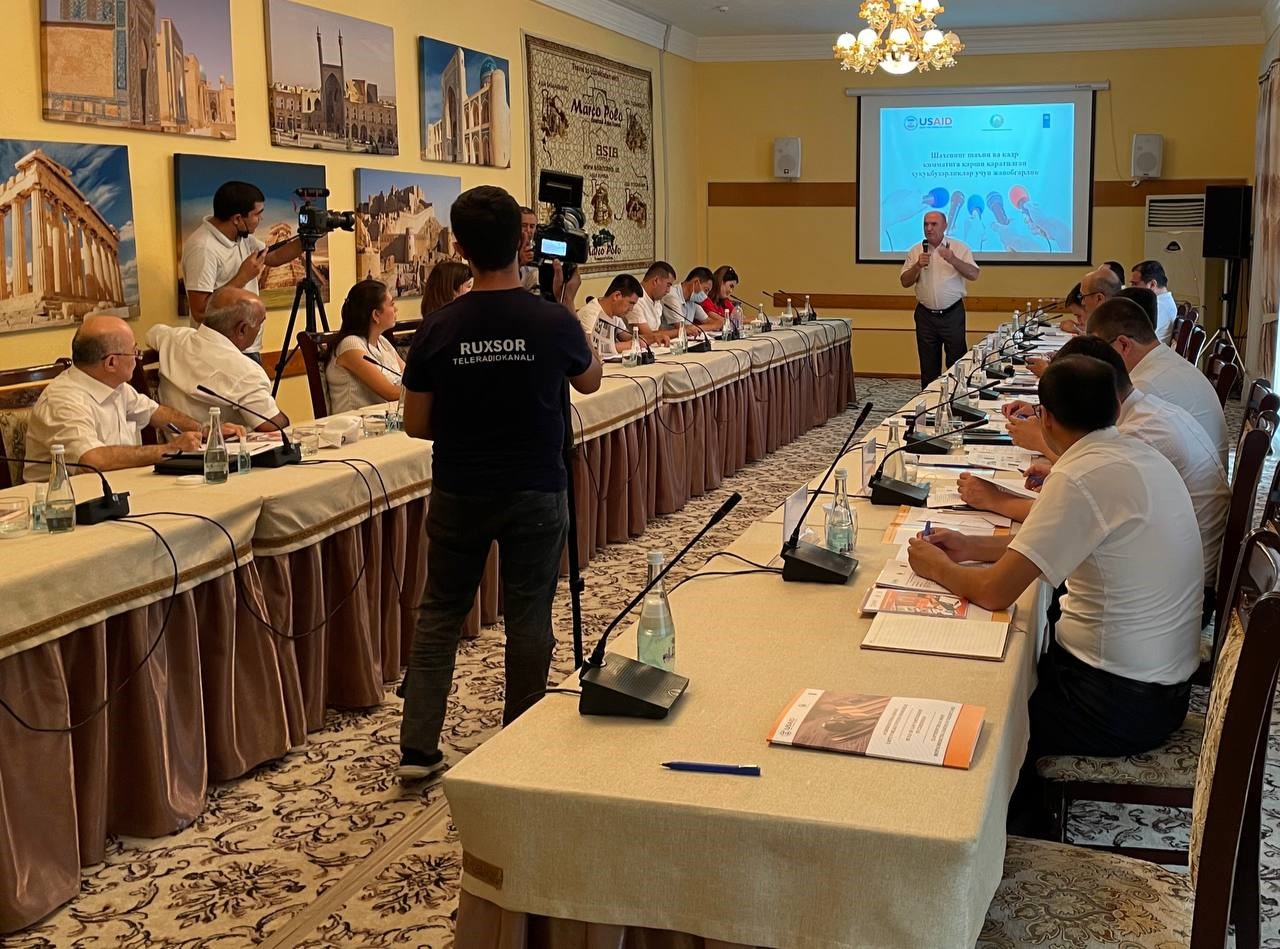 Throughout its operation the ‘Rule of Law Partnership in Uzbekistan’ project has sought to improve the transparency and openness of courts, which has required strengthening the national court journalism profession. Court reporting in Uzbekistan is based on the legislation ‘On protecting the professional activities of journalists’ and ‘On ensuring openness of judicial proceedings and the right to get information on court activities’. The Rule of Law project has added to these legal foundations by conducting research into and promoting global best practices in court-journalist relations, and helping draft regulations to strengthen the media’s greater participation in trials.

A national court journalism practice needs to be based not just on law and approved practices, but also on a professional culture of collaboration between courts and journalists which both protects the public’s right to know what happens in courtrooms, and guarantees people’s right to a fair trial. This amicable relationship has been established through initiatives including a media tour to courts held in late 2019, and an on-going series of joint trainings and roundtables between media and court staff. The current regional workshops are a continuation of this initiative, combining presentations on different facets of court reporting, with practical exercises and face-to-face discussions.

Each regional event will begin with presentations on the legal framework for the judiciary’s interaction with the media and the public, the ethical aspects of journalists exercising their rights to access courtrooms and court records and to participate in open court sessions, and digital interactions with mass media representatives. 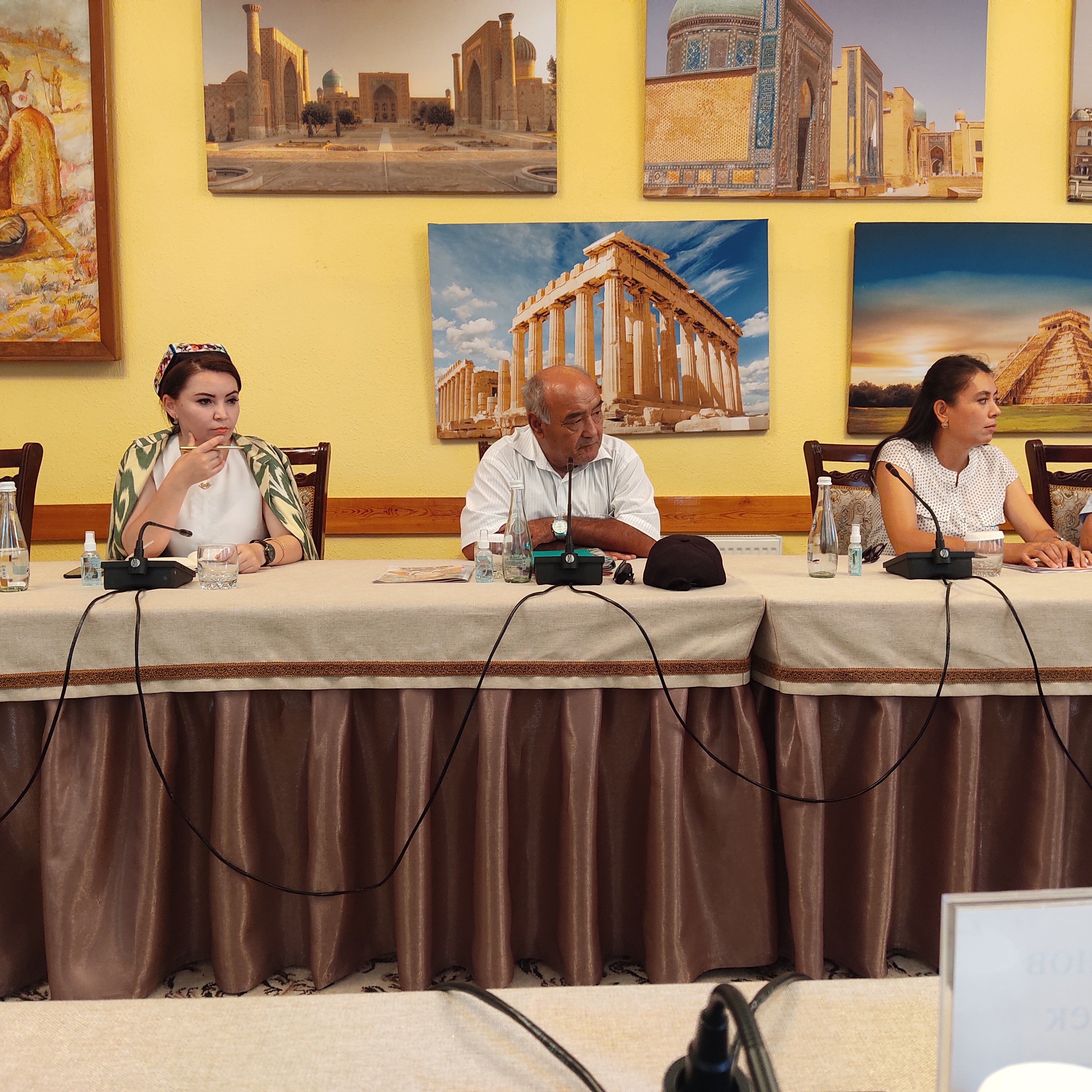 These presentations are followed with the simulation game ‘Media coverage of a court session on a high-profile case’, a review of skills acquired through this exercise, and also a discussion between the training’s leaders and participating journalists on other matters of concern. Each event ends with a survey of participants, to determine what common concerns still remain in regards to journalists reporting on court cases.

Each training session is being led by Press Secretary and Advisor on Information Policy to the Chairperson of the Supreme Court of the Republic of Uzbekistan Aziz Abidov, Supreme Court press officer Akrom Aripov, and Associate Professor of the Faculty of Journalism of the Uzbek State University of World Languages Beruni Alimov. The events are being attended by bloggers and journalists from a range of different platforms, including TV, radio, online and print outlets.

Throughout the remainder of 2021 the ‘Rule of Law Partnership in Uzbekistan’ project will focus its efforts on further strengthening the existing working relationships between journalists and court staff, through hosting more joint workshops and meetings.

Finland allocates 1.5 million EUR to UNDP for strengthening Rule of Law in Uzbekistan

The Manual on Effective and Efficient Usage of BPR in Public Service Delivery (BPR Manual) is developed as a tool supporting the service providers in transformati...

In Khojeli district, Republic of Karakalpakstan, a solemn ceremony was held to open a new inclusive for Public Service Center (PSC) on the occasion of the four-ye...

On 6 and 7 July, the Central Election Commission of the Republic of Uzbekistan (CEC) in partnership with the Journalists Retraining Center and United Nations Deve...