Key discussions at the event, organized by UNDP with financial support from the EU and the Netherlands, focus on the accelerated reconstruction of war-ravaged communities and the critical needs of affected populations

TRUSKAVETS, Lviv Oblast, 1 November 2022 — The Network of the Community Security and Social Cohesion Working Groups, supported by the United Nations Development Programme (UNDP) in Ukraine, gathered in Truskavets for a networking event, held offline with the financial support of the European Union and the Government of the Kingdom of the Netherlands, for the first time after the beginning of the full-scale war.

The event, held under the auspices of the UN Recovery and Peacebuilding Programme, involved civic activists, local authorities and police officers from the most war-ravaged areas of Ukraine. Representatives of the working groups of Donetsk, Luhansk, Dnipropetrovsk, Zaporizhzhia, Zhytomyr and Kherson oblasts explored strategies for supporting communities that are located in the closest proximity to the frontlines. In particular, participants discussed the fastest ways to operationalize and support humanitarian hubs, the organization of temporary shelters for internally displaced persons, the provision of essential items to the most vulnerable populations, support of the winterization efforts of the affected communities, the arrangement of air raid shelters and evacuation strategies to safer locations.

Jennes de Mol, Ambassador of the Kingdom of the Netherlands to Ukraine, said his government admires the unwavering resilience of Ukrainians. “We are happy to support this event, which brought together active representatives of civil society who, despite daily difficulties, continue helping people who remain in war-torn communities and those who have found safer shelter elsewhere,” he said.

Xavier Camus, acting Head of Cooperation at the EU Delegation to Ukraine, said that that the European Union will provide support to the communities affected by the war, developing capacities of local public initiatives in every possible way. “In the setting of the full-scale Russian aggression against Ukraine, the Community Security and Social Cohesion Working Groups have proven their effectiveness. I am convinced they have saved more than one life from the horrors of war,” he said. "Your ideas and solutions, which you are ready to offer here and now, accelerate post-war recovery and strengthen faith in a prosperous future of Ukraine, free from war, suffering and violence.”

UNDP interim Resident Representative Manal Fouani said the drive and resilience of civil society in the face of insurmountable odds is inspiring and impressive. “By helping your communities, which remain in the zone of active hostilities, you instil faith in a better future and accelerate the recovery of Ukraine,” she said. “We at UNDP can assure you that we will pave this difficult path to recovery together with you, side by side.”

Tetiana Sihayeva, Coordinator of the Network of Working Groups in the Donetsk Oblast, said the first days of the full-scale invasion of the Russian Federation into Ukraine, the working groups supported communities in every possible way to overcome the challenges caused by the war and helped the vulnerable population. “Having experience in solving local problems and being ready to represent the interests of local communities,” she said, “working groups have sufficient potential and expertise in solving problems related to community security and social cohesion to multiply advanced changes at the national level as well.”

A unique manual was also presented at the event, highlighting the methodology of the Community Security and Social Cohesion Working Groups. The manual was developed based on the practical experience of community mobilization within several project initiatives of the UN Recovery and Peacebuilding Programme, to spread positive experience of implementing the methodology of working groups among communities throughout Ukraine under the most challenging conditions.

UNDP has been supporting active citizens to form working groups as a way to mobilze efforts to support local communities since 2017, with the first ones established in Donetsk and Luhansk oblasts . Later, having proven their effectiveness, the network of working groups was expanded to communities of Dnipropetrovsk, Zaporizhzhia, Zhytomyr and Kherson oblasts. Chernihiv and Poltava oblasts are expected to join the network soon. 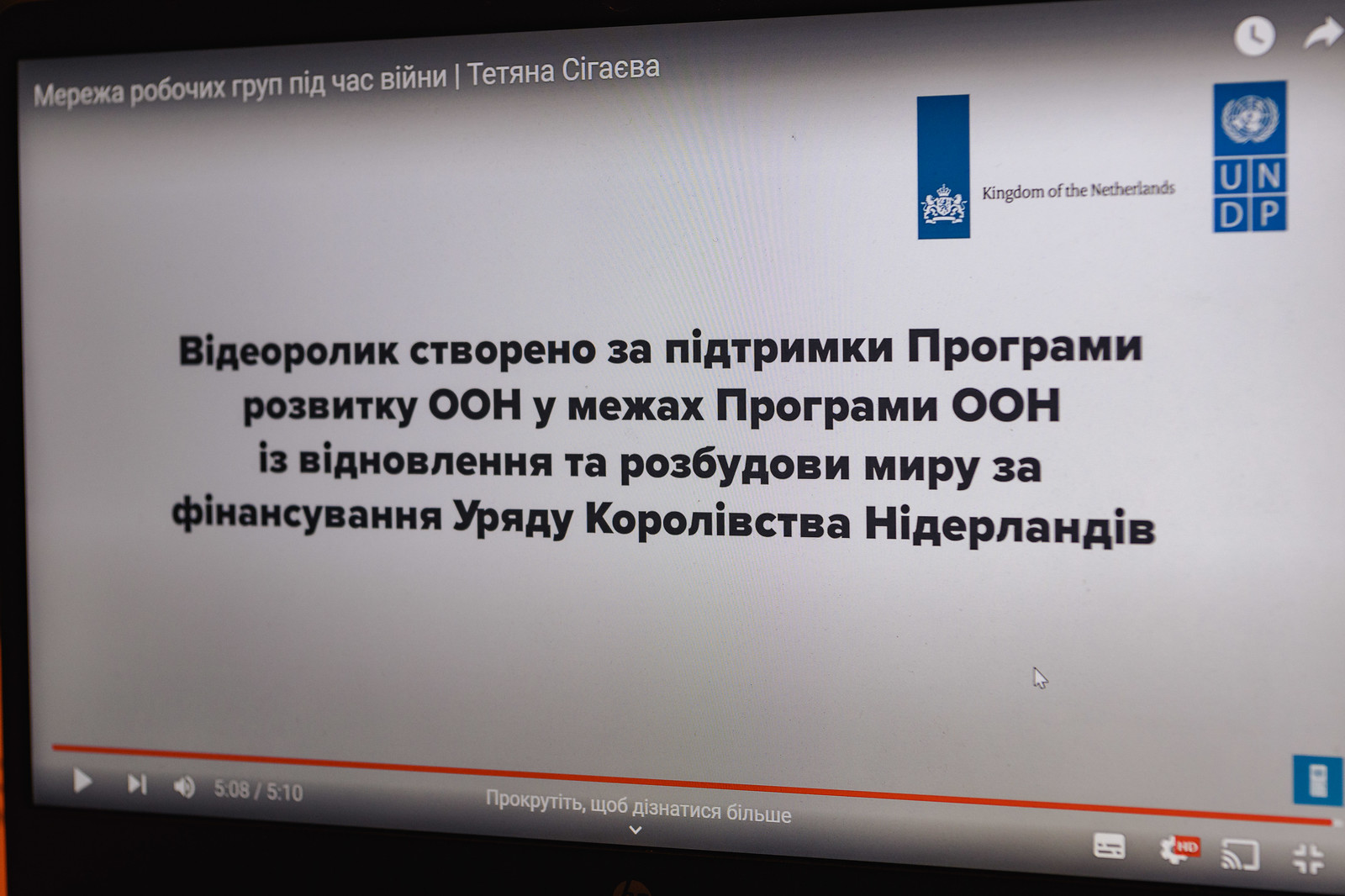 The pyrotechnic units of the State Emergency Service UГ of Ukraine today received a batch of special demining and protective equipment from the United Nations Dev...

During the round table, experts discussed the results of project implementation in pilot communities of Sumy and Chernihiv oblasts

University dormitories in Kharkiv hosting over 1,000 internally displaced persons receives household appliances to get through the winter