Kramatorsk, Donetsk Oblast, 15 November 2021 – Seventeen families displaced by the armed conflict in eastern Ukraine received keys to their new homes at a ceremony marking the completion of a housing conversion project carried out under the Ukraine Early Recovery Programme.

The project involved the conversion of an old school building – located at 4 Abaya Street, Bilenke urban-type settlement, Kramatorsk – into 17 modern apartments. The project in Kramatorsk was financed by the European Investment Bank, the long-term lending institution of the European Union, under the Ukraine Early Recovery Programme. The programme has an EU grant-financed technical assistance component of €1.5 million and is implemented by the Ministry of Communities and Territories Development jointly with the local self-government bodies under the technical support of the United Nations Development Programme in Ukraine (UNDP).

The two-storey school building, built in 1940, had been out of use since 2004. With the start of the housing conversion project in 2016, the building’s status was reassigned to residential, and major repairs were conducted. This included the thermal modernisation of the building (insulation of the facade, basement, roof; replacement of the heating system, windows, and doors), and the installation of a boiler room for heating and water purification facilities.

The interior of the building was extensively re-planned into apartments equipped with toilets and bathrooms, furniture, living and dining rooms. Further works on landscaping the adjacent territory and setting up a recreation area and a children’s playground were then carried out, along with works to increase the capacity of the building’s electricity supply.

The total cost of the project was over UAH 31.5 million (around EUR 1 million at the current exchange rate).

Speaking at the ceremony marking the opening of the new apartment building in Kramatorsk, Pavlo Kyrylenko, Donetsk Oblast Governor, noted: “The issue of housing remains one of the most pressing for IDPs. In Kramatorsk, we have already repaired three dormitories. Under the program of the European Investment Bank, we plan to complete the renovation of 10 more such buildings for a total of 1,000 people.”

Ambassador Matti Maasikas, Head of the EU Delegation to Ukraine, stressed that the European Union actively supports the development of social infrastructure throughout Ukraine.

“New housing for internally displaced persons in Kramatorsk through the Ukraine Early Recovery Programme is a good example of the partnership between Ukrainian local authorities, the EU, the EIB and UNDP,” Maasikas said. “These investments into renovating schools, kindergartens, hospitals and apartments will provide people with decent conditions for living and development.”

Iryna Vereshchuk, Deputy Prime Minister - Minister for Reintegration of the Temporarily Occupied Territories, noted that the project is a great example of effective support for internally displaced persons.

"These people lost their homes because of the war in eastern Ukraine. And this project is not just about housing for our people - It is a new start in their lives, the hope for a new, better life. This is an example of what the government can do together with international partners, to whom we are very grateful for their efforts.”

Roy Draycott, Senior Sector Specialist of the Regional Development Division at the Resident Representation of the European Investment Bank in Ukraine, said the repurposing of the old school building showed the potential for regenerating the east of Ukraine.

“With the Ukraine Early Recovery Program we are demonstrating how, working together with local authorities, we can give new life to old infrastructure,” Draycott said.

Dafina Gercheva, UNDP Resident Representative to Ukraine, added: “Our development interventions are people-centred. Everyone should have equal access to opportunities, including decent living conditions.”

Lesia Didenko, Deputy Head of Department of Regional Development Priority Projects Implementation at the Ministry for Communities and Territories Development of Ukraine, noted that 513 internally displaced persons were registered in Donetsk region, most of whom plan to stay in new place.

“Together we can help people who lost their homes due to the in eastern Ukraine get used to new realities and start a new life, creating a favorable and friendly atmosphere for them. Thanks to initiatives such as The Ukraine Early Recovery Programme, 308 locals and 55 internally displaced persons in Kramatorsk have been given modern apartments and the opportunity to make plans for the future,” she added.

During the ceremony, internally displaced persons were presented with keys to the new apartments.

About the EIB: The European Investment Bank (EIB) is the long-term lending institution of the European Union owned by its member states. It makes long-term finance available for sound investment in order to contribute towards achieving EU policy goals.

About the EIB in Ukraine: The EIB has worked with Ukraine since 2007. Ukraine has been the main recipient country of EIB support in the Eastern Neighbourhood, accounting for more than 60 percent of EIB lending activity in this region. The bank focuses on social and economic infrastructure, transport and connectivity, local private sector development, energy efficiency, climate action, and innovation. Since 2007 the EIB has invested above €7 billion in the country.

About the Ukraine Early Recovery Programme (UERP): The Ukraine Early Recovery Programme is implemented in accordance with the Financing Agreement between Ukraine and the European Investment Bank. Through the programme, the EIB provided EUR 200 million in multi-sectoral framework loans to local authorities to rehabilitate important utilities and transport infrastructure and improve living conditions for internally displaced persons and their host communities in nine oblasts of Ukraine: the Ukrainian government-controlled areas of Donetsk and Luhansk oblasts, Kharkiv, Dnipropetrovsk, Zaporizhzhia, Poltava, Odesa, Kherson, and Kyiv oblasts.

About UNDP in Ukraine: The United Nations Development Programme (UNDP) establishes partnerships with government, business, and communities, promoting the development of countries, increasing their ability to withstand crises, and supporting economic growth to improve the quality of life of all. In Ukraine, UNDP's work focuses on three program areas: inclusive development, reconstruction and peacebuilding; democratic governance; energy and environmental protection. Today, Ukraine has one of the largest UNDP programmes in Europe. 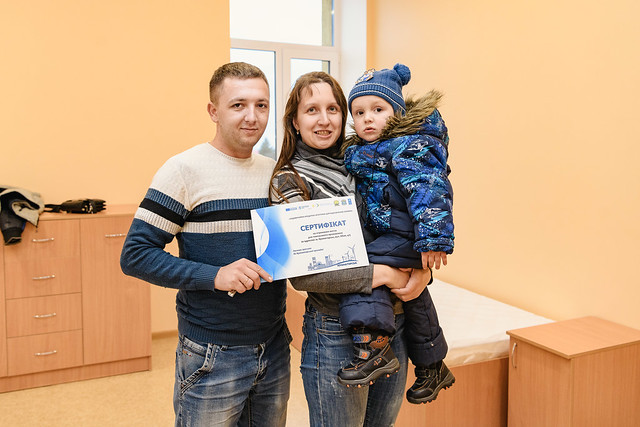 A new deduplication system will enable international organizations in Ukraine to support the greatest possible number of people in need, without duplicating their...

Funding the achievement of the Sustainable Development Goals in Ukraine: four key factors for success

The Government of Ukraine has been exploring different modalities for development financing since its independence in 1991, a discussion that was streamlined in 2...

Analytical report The 2030 Agenda for Sustainable Development was approved by the UN in 2015 and set out an integrated and ambitious vision for the world devel...

This report on ESG Disclosures Standards for nonbank financial institutions (NBFIs) covers the following areas: 1. Overview of the EU Regulation 2019/2088 on ...

Report on the prospects for green taxonomy development in Ukraine

This report on the prospects for green taxonomy development in Ukraine provides an overview of the following subjects: Existing taxonomies for green projec...