Kyiv, 6 December 2021 – An international conference on gender mainstreaming in mine action in communities affected by the armed conflict in eastern Ukraine was held in Kyiv with the support of the United Nations Development Programme (UNDP) in Ukraine.

At the conference, UNDP experts presented a handbook with gender guidelines for mine action operators, offering several practical recommendations. The handbook aims to help mine action operators maintain gender parity in their activities, and ensure that these activities meet the needs of all people, without exception, who live in areas of eastern Ukraine where the armed conflict is continuing.

The Head of Foreign Policy and Diplomacy Service Section of the Embassy of Canada in Ukraine, Richard Colvin, expressed strong belief that mine action is a necessary condition for sustainable development and peace in eastern Ukraine.

“Global experience shows us that mine action also contributes to justice, helps build stronger institutions and improves gender equality,” Colvin said. “That’s why we support mine action partners in Ukraine and worldwide that promote gender equality and are sensitive to the vulnerabilities of women and children in societies with entrenched gender roles, training and employing women where possible.”

UNDP Deputy Resident Representative in Ukraine, Manal Fouani, stressed that equal engagement of both women and men in the demining process in eastern Ukraine would facilitate faster and more effective clearance of mine-affected areas.

“Since men and women equally affected by the mines, they also equally contribute to finding solutions," Fouani said. “We at UNDP strongly believe that there is no such thing as women's and men's jobs. We’re making every effort to ensure that this outdated stereotype in the field of humanitarian demining remains forever in the past. We should encourage as many women as possible to join the demining efforts in eastern Ukraine, as women have done so already in other countries. Our collective advocacy efforts could help rectify this situation as soon as possible, and ensure equal representation of both women and men in this difficult but yet significant area.”

The expert discussions at the conference covered not only the practice of applying gender mainstreaming directly in the process of clearing areas of mines, but also in informing the public about risks associated with explosive ordnance, in helping people affected by mines, and in the field of advocacy for humanitarian demining.

The conference was organised by UNDP under the UN Recovery and Peacebuilding Programme with financial support from the government of Canada. 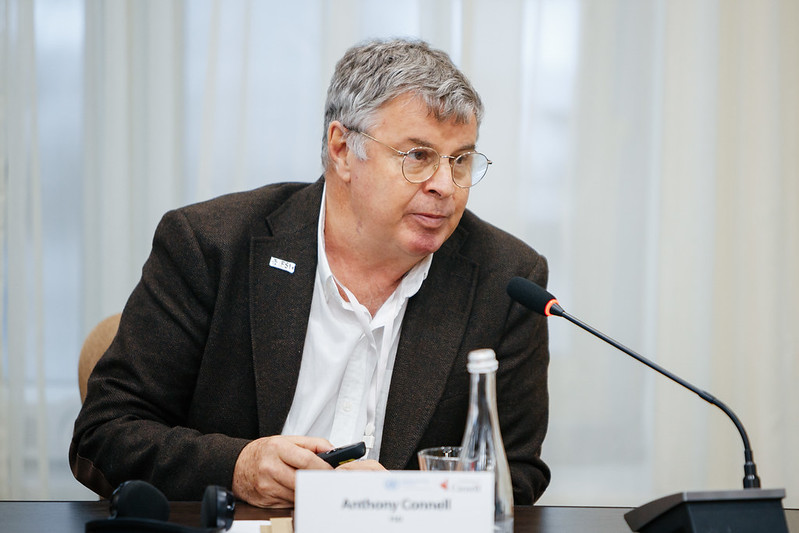