KYIV, 24 January 2023 — The Ukrainian NGO La Strada-Ukraine has developed and launched a game-based quest for young people to raise their awareness of the pitfalls of abusive relationships that can lead to domestic and gender-based violence. The virtual experience, supported by both the European Union and the United Nations Development Programme, highlights this topic in an interactive way adapted for a young audience.

La Strada representative Valeria Bondar said the quest is based on real-life situations and focuses on countering four forms of violence: psychological, economic, sexual, and physical. Her colleague and co-developer Tetiana Kharkivska said that although the problem of domestic and gender-based violence has become much more acute since the war began, it is something that women and girls in Ukraine and around the world face on an almost daily basis. “We hope our ‘quest’ will help raise awareness of the risks we face in a world full of dangers,” she said. “If it succeeds in removing just one girl from harm, it will have been worth the work.”

Frederik Coene, Head of Cooperation at the EU Delegation to Ukraine, noted how Russia’s war of aggression has exacerbated vulnerabilities. “During these extremely hard times, it is more important than ever to reach out to young people in an appropriate way, in a language that is both supportive and engaging, especially when speaking about issues like abuse. We are glad to provide assistance, together with our partners, to Ukrainian civil society which is doing exactly that.” he said.

Jaco Cilliers, the interim UNDP Resident Representative in Ukraine, emphasized that the principle of building a safe environment for everyone in Ukraine, is the basis of almost every initiative implemented by UNDP. “We also actively support initiatives like this, which promote opportunities for people to go to seek help,” said Cilliers.

Background: La Strada Ukraine is a public human rights organization working to ensure gender equality, peacebuilding, prevention of gender-based violence, including domestic violence, combating human trafficking and ensuring the rights of children, promoting human rights standards in all spheres of society and the state. For more information, visit their website, or see this earlier story from UNDP Ukraine.

Eleven international partners support the Programme: the EU, the European Investment Bank (EIB), the U.S. Embassy in Ukraine, and the governments of Canada, Denmark, Germany, Japan, the Netherlands, Poland, Sweden and Switzerland. 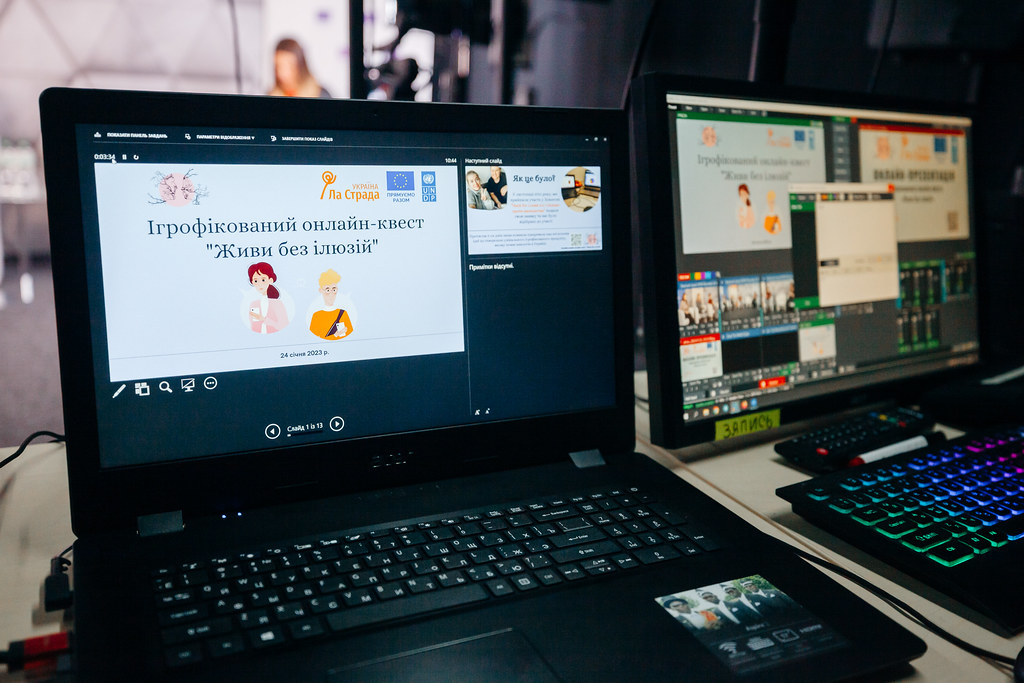 The Ministry of Digital Transformation of Ukraine has presented a new online course for civil servants on web accessibility. The series teaches the basic principl...

The level of use of electronic government services in Ukraine is continuing to grow – over 2022, 63% of Ukrainians used public electronic services, compared to 60...