A new way of working in crisis

In Somalia, a test case for the UN’s commitment to bridging humanitarian and development work 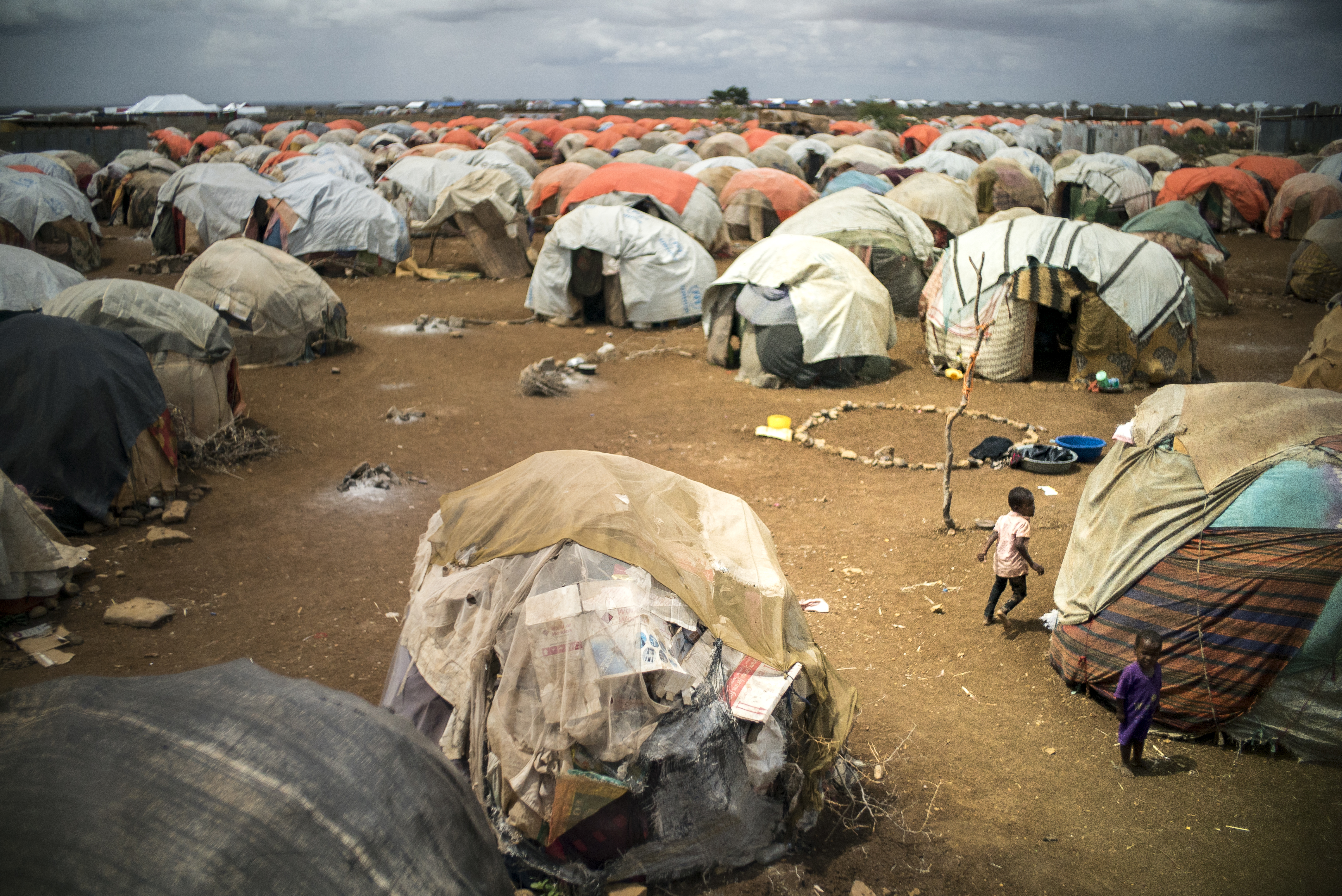 Nearly 895,000 people have been displaced due to drought compounded by armed conflict since November 2016. Photo: UNDP in Somalia

Mohamed Ismail Yasin travelled 600 km to reach the sand dam near Bandarbeyla, in the Bari region of Somalia. He came with six members of his family and all the livestock they could bring.

“I came from Mayle district,” Mohamed recounts. “We fled from the drought in the region. The livestock that we brought here got pasture, and today we brought them to the water dam to give then water.”

The sand dam is one of the water harvesting structures built by UNDP in partnership with the Global Environment Facility. It aims to reduce the impacts of climate change-induced disasters like droughts and floods.

It’s the nearest dependable water source for Mohamed’s family and for other pastoralists struggling to earn a living against a crippling drought. Poor rainfall over three consecutive seasons has led to widespread crop failure and livestock deaths, increasing the rates of hunger, malnutrition, disease and population displacement.

It’s not the first time Somalis have been stalked by the spectre of starvation. The drought in 2011 contributed to famine that killed nearly 260,000 people, half of them children.

In 2017, the Somali Government declared that year’s drought a national emergency. Joint efforts by the Government and local and international partners averted another famine, but indications are that the effects of the continuing drought will continue in 2018.

In Somalia and elsewhere, governments and humanitarian workers have recognized that a new approach is needed to break the cycle of crises.

“We have a moral obligation to do better and we have the tools and knowledge to deliver on that obligation.” – UN Secretary-General António Guterres

From delivering aid to ending need

At the World Humanitarian Summit in 2016, relief workers and development agencies took up the challenge posed by the repeat crises in Somalia and other vulnerable countries around the world. They committed to a New Way of Working in times of crisis, to not only meet immediate humanitarian needs but also reduce such need over time.

At the centre of this commitment was a vow to end the division between emergency relief, or humanitarian response, on the one hand and long-term development efforts on the other. This means using resources better and creating stronger partnerships to deliver assistance in a way that leaves countries and communities better prepared to meet future hardships.

With a shared agreement on what to fix, we can save lives and end need. Photo: Stuart Price/AU-UN IST

This was the impetus behind the joint OCHA-UNDP mission to Somalia in January 2018. At the launch of the Humanitarian Response Plan for 2018, OCHA head and Emergency Relief Coordinator Mark Lowcock and UNDP Administrator Achim Steiner underlined the need to address the root causes of crisis.

"Ending need in Somalia can only be achieved if we respond to immediate humanitarian needs while simultaneously implementing longer-term solutions to build resilience,” Lowcock said. “Humanitarian and development partners are working with the Government to help ensure Somalis are less vulnerable to food insecurity and malnutrition, to natural hazards and displacement.”

“In the context of the UN’s New Way of Working, there is a shared understanding that humanitarian and development work in Somalia must be complementary if the collective outcomes to which we aspire are to be achieved.”
– UNDP Administrator Achim Steiner

What does this mean in practice? It means delivering immediate life-saving assistance while at the same time taking steps to reduce the country’s fragility and strengthen people’s resilience - their ability to cope with adversity and recover. It means building sand dams like the one in Bandarbeyla, which helped Mohamed keep his livestock – a valuable economic asset – alive when many others were perishing.

And it means investing in young people’s ability to solve current and future problems.

With its history of conflict and a location in the climate-vulnerable Horn of Africa, Somalia faces serious and complex obstacles to achieving sustainable development. But against these odds, the country is emerging as a model for how to confront crisis.

“This is an important moment for the Government and citizens of this country,” the UNDP Administrator said. “And it is a vital moment for all of us whose vocation is to support recovery and resilience, and ultimately sustainable development. Somalia, together with its partners can address the drivers of crisis and insecurity if it seizes the momentum and acts now, and it is a privilege to support the country at this momentous juncture.”

Learn more
Somalia is one of four countries where environmental and security factors have combined to push conditions to the brink of famine.

A robust humanitarian response has succeeded in ending the famine in South Sudan and averting it in the other three countries. But all four countries remain at risk and many people still need help. And they need a New Way of Working to bridge the gap between emergency response and long-term sustainable development.

Against the odds, Somalia is emerging as a model for how to deal with crisis. Photo: UNDP Somalia