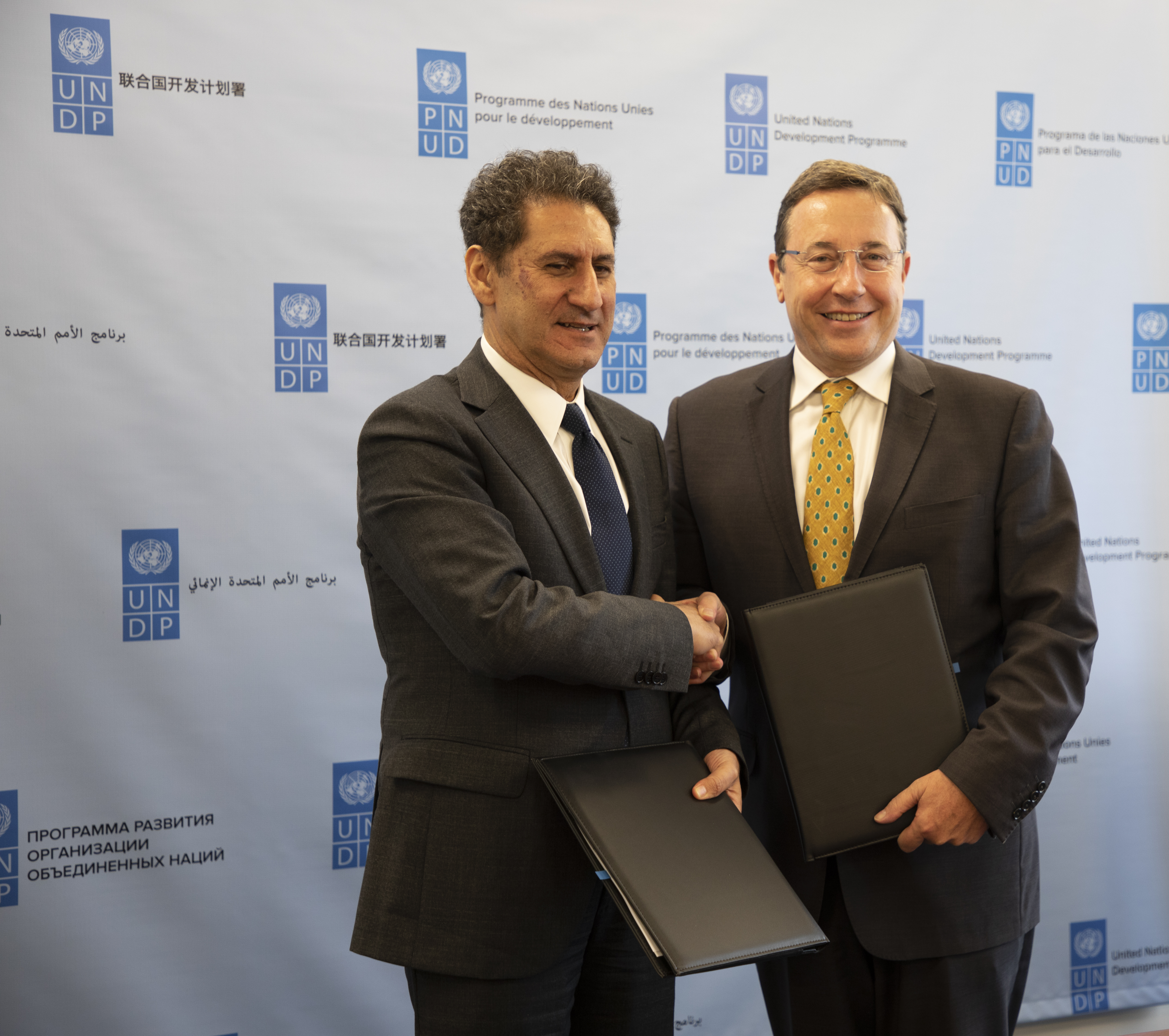 “The latest evidence shows that renewable energy sources will increasingly form the backbone of our global energy system, making it imperative to better support countries in making the transition to renewable energy sources and in realizing the multiple benefits they offer,” said UNDP Administrator Achim Steiner at the signing of the Memorandum of Understanding with IRENA Director-General Francesco La Camera in New York.  “This partnership does just that by uniting IRENA’s technical expertise on renewable energy with UNDP’s global portfolio on climate change.”

The falling cost of renewable energy means renewables are now frequently the cheapest source of new power generation, according to a new IRENA report. Furthermore, jobs in the sector continued to show growth in 2018. IRENA’s most recent jobs data shows due to more and more countries manufacturing and installing renewables, renewable energy employment reached eleven million people worldwide in 2018, up from 10.3 million in 2017. This, despite slower growth in key renewable energy markets last year including China.

“Partnerships such as this strengthen the world’s response to the profound challenges of climate change and sustainable development,” said Francesco La Camera, Director-General of IRENA. “This cooperation brings together IRENA’s technical knowledge and renewable energy data repository, with the UNDP’s vast global development and project implementation network. Such complementarity will allow us to explore and co-develop effective pathways to advance energy access, accelerate the low-carbon energy transition and promote sustainable growth.

UNDP is the primary supporter of climate action in the United Nations. Building on its portfolio of USD 3.2 billion in grant financing in collaboration with the vertical funds, bilateral and multilateral partners, UNDP provides financial and technical support to countries to design and implement Nationally Determined Contributions (NDCs) under the Paris Agreement. Throughout this work, UNDP promotes NDC approaches and implementation processes to align climate and Sustainable Development Goal targets, including on energy, into long-term national and sectoral development plans and budgets, establishing joint coordination mechanisms among actors across sectors and Ministries, prioritizing finance channeled to bold actions and integrating monitoring and reporting systems.

The partnership with IRENA will help to scale-up support to countries and accelerate the delivery of the Paris Agreement and the Sustainable Development Goals.

UNDP partners with people at all levels of society to help build nations that can withstand crisis, and drive and sustain the kind of growth that improves the quality of life for everyone. On the ground in nearly 170 countries and territories, we offer global perspective and local insight to help empower lives and build resilient nations. www.undp.org

IRENA is the global intergovernmental organisation that supports countries in their transition to a sustainable energy future, and serves as the principal platform for international co-operation, a centre of excellence, and a repository of policy, technology, resource and financial knowledge on renewable energy. With 160 Members (159 States and the European Union) and 23 additional countries in the accession process and actively engaged, IRENA promotes the widespread adoption and sustainable use of all forms of renewable energy including bioenergy, geothermal, hydropower, ocean, solar and wind energy, in the pursuit of sustainable development, energy access, energy security and low-carbon economic growth and prosperity.