A suggestion that the cleanliness of a city and effectiveness of its waste management system can be used as a useful proxy indicator of good governance was mentioned at the 2001 UN-HABITAT global conference.

Features of many developing countries related to lack of financial instruments, rapid economic growth, domestic migration, poverty, population increase, informality, and inadequate capacity of local governments, all restrict the effectiveness of ready-made solutions. Therefore, the solutions should be designed specifically to meet the needs of a given community taking into account its specific characteristics.

Erdenet, the third largest urban area in Mongolia, is experiencing problems that are common in many developing country cities. These include consequences of population increase and in-country migration, coupled with economic fluctuation and lack of proper regulations and implementation. Whereas most cities of developed countries are preoccupied with 5R’s (refuse, reduce, reuse, repurpose, and then recycle), Erdenet has, to date, been primarily preoccupied with collection and removal services as part of their public waste management.

Many cities in emerging economies have active informal sector recycling, reusing, and repairing systems, which often achieve recycling rates comparable to those in the West, at no cost to the formal waste management sector. In contrast, the Mongolian informal sector is not sufficiently developed nor systematized to achieve these kinds of numbers.

Nevertheless, the informal recycling sector provides some level of livelihoods to urban and rural poor and saves municipalities some portion of its waste management budget. In addition to waste collectors and reclaimers, many informal waste transporters have popped up during the last decade who supply semi-recycling and recycling businesses within and outside the country (especially to China).

UN Habitat recognizes that the “best-functioning solid waste systems involve all the stakeholders in planning, implementing, and monitoring the changes.” 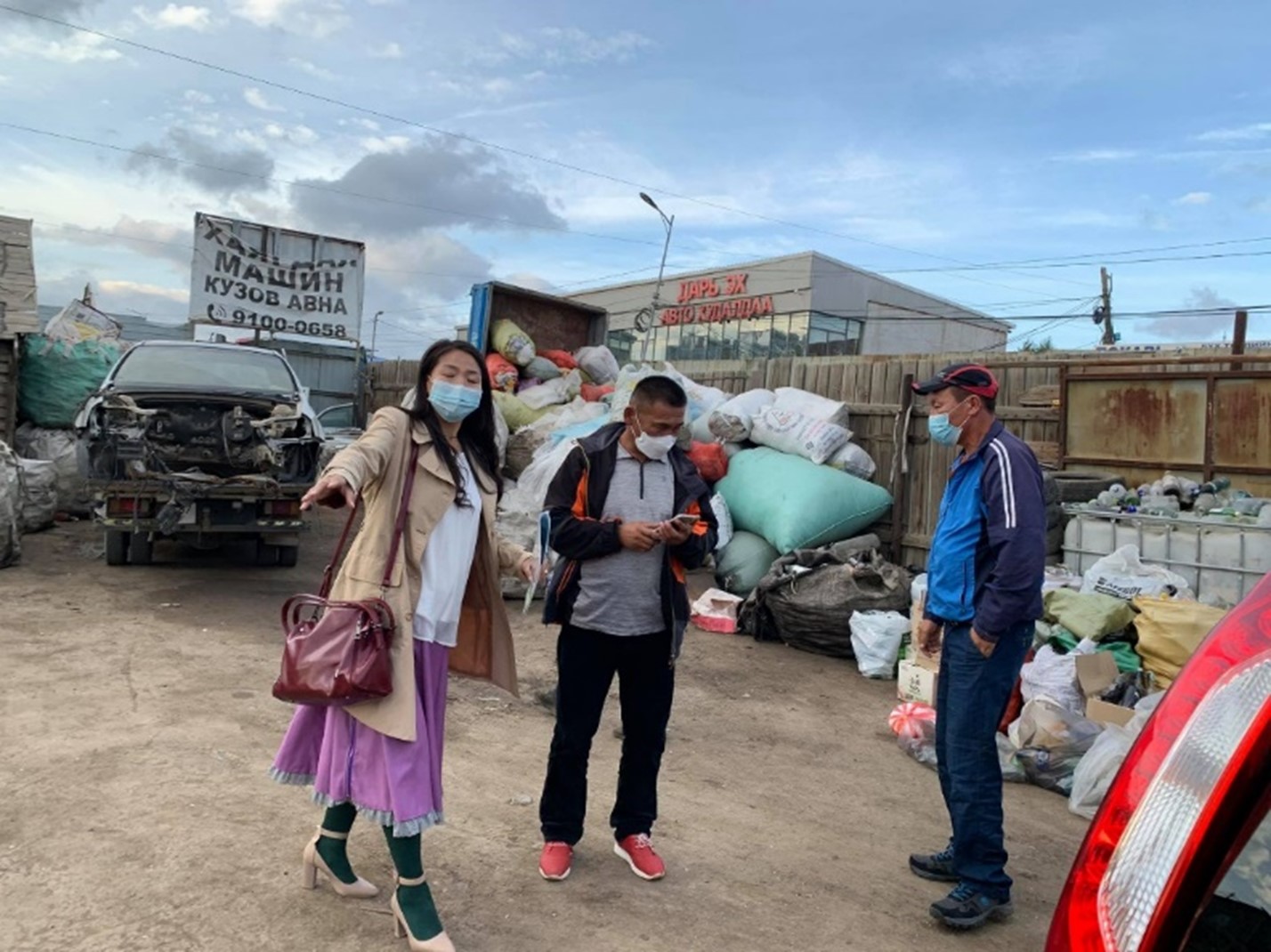 For instance, there are some emerging community driven waste recycling examples in Mongolia.

Take Kharkhorin Soum of Uvurkhangai. Waste has been increasing on an annual basis due to its historic heritage and convenient location. The province is one of the main tourist destinations and the key transit point to the Western region of the country.

Dolgorsuren, a resident of the Soum, had a concern about increasing waste and decided to put waste dumped directly at landfills into economic circulation. He first started with collecting scrap metal in his own yard, and now he and his friends have formed a voluntary group to collect waste from two main tourist attractions. They then process recyclable waste such as plastic, cans, and glass, and transport them to the capital city to recycling plants.

Despite the hard, and highly manual work of waste recycling, he is thankful that there are supporters of his initiative. For instance, the Mongolian Environmental Civil Group NGO taught him and his team how to better organize the process and helped them with initial seed funding of MNT 7 million (approximately 2460 USD).

On top of this, the local government provided them an allocated 3 hectares of special purpose land, and 2 press machines in order to be able to process plastic bags, bottles, and cans. A tripartite agreement was signed between citizen groups, local government, and the NGO.

His wish is that citizens and businesses start sorting the recyclable waste from other waste. “This would significantly simplify the process and save us a lot of time and efforts”, Dolgorsuren says. “My initial goal was to start a recyclables processing and supply center. Now I dream of expanding the services to collect other types of waste and get rid of the waste hill that spoils the environment of the soum”. 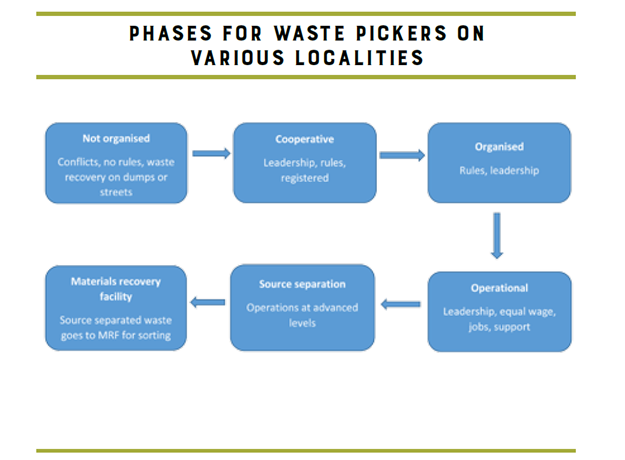 UNDP Accelerator Lab Mongolia is working towards improving and scaling this model to a bigger stage - Erdenet city. This would involve experimenting with larger capacity equipment, different types and volumes of waste, and partnerships towards innovative solutions. Ideally, the transformational step that is needed for the expansion of local initiatives would involve some form of institutionalization.

One possible option is to form a community of waste collectors into a cooperative. There are many examples from around the world where community leaders encouraged waste collectors to organize as cooperatives. These organizations have many advantages, such as enabling communication with the government or businesses as an organized group, as well as gaining funding, tax advantages and financial assistance.

Most importantly, the principle behind a cooperative rests on the idea that recycling should be driven by collaboration of waste collectors and not by individuals.

UNDP Accelerator Lab Mongolia (A-lab) is attempting to bring innovation in development by going beyond simply introducing the newest technological solutions. We a...