Environmental Rehabilitation through the enhancement Of Integrated waste management - EROI

Environmental Rehabilitation through the enhancement Of Integrated waste management - EROI

Given that the Bekaa region hosts a large portion of refugees and is highly affected by the increase in waste production, and given that the Municipality of Zahleh already has a functioning sanitary landfill that however needs additional support (as per detailed assessment study conducted in summer 2016), “Environmental Rehabilitation through the enhancement Of Integrated waste management – EROI” project aims at providing additional institutional support to both the Ministry of Environment (MoE), responsible for solid waste management at the national level, and to the Municipality of Zahle to expand, better manage, and support in solid waste management in the Bekaa region.
Moreover, the updated Master Plan for the closure and rehabilitation of uncontrolled dumpsites throughout the country of Lebanon has determined the location and size of all the Municipal Solid Waste dumpsites that require immediate intervention. The Solid Waste Management project targets to close/rehabilitate dumpsites in the vicinity of the Zahle landfill given that this facility exists as a viable alternative for open dumping. The dumpsites, proposed for closure/rehabilitation, are in proximity to one another to ensure that any treatment of the waste or transport is efficiently done.

This will have a direct impact on the Litani river and Qaraoun lake, in terms of preventing further pollution and restoring the river quality. This has been flagged as a national priority for the country, based on the MoE/UNDP 2011 Business Plan for Combating Pollution of the Qaraoun Lake, later turned into a roadmap endorsed by all stakeholders, and which a follow up committee (basin committee) was established for by virtue of the Council of Ministers’ decision 32 of May 9, 2014.

The protracted Syrian crisis has severely affected Lebanon. As of June 2017, Lebanon has taken over 1,500,000 Syrian refugees and hosted the largest per capita refugee population. This massive influx of refugees has stretched the capacity to address the increased demand for services and resources, exacerbating social tensions between refugees and host communities. The impacts of the Syrian conflict on the solid waste sector are significant, with an estimated increase of 15.7 percent of the total solid waste quantities generated by Lebanese citizens prior to the crisis.

Almost all of the MSW generated in Lebanon is collected by public or private haulers (99 percent in rural areas, 100 percent in urban areas); however, management varies from one area to another. Nationally, approximately 44% of the MSW ends up in landfills, 36% ends up in dumpsite, while approximately 20% is recovered.

In the region of the Bekaa, a large portion of refugees are hosted in communities that are already highly affected by the waste issue. Zahle in the Bekaa region however is one of the few municipalities that contains a sorting and composting facilities and a sanitary landfill that is operational and receives municipal solid waste from the town of Zahleh as well as adjacent communities. However, the facility in Zahle needs additional support. A preliminary technical assessment and design was conducted in 2016 of the facility by the UNDP in partnership with the Ministry of Environment (MoE) in addition to consultation meetings with the municipality of Zahle.

Currently, the municipality is facing issues with the treatment of the leachate generated from Sorting/composting facilities as well as the landfill. The landfill facility currently has 7 cells and the municipality plan is to expand it further or to introduce a Waste to Energy solution.

In addition, several uncontrolled and unsanitary dumpsites exist in the vicinity of Zahle that need to be closed and/or rehabilitated once these areas start sending their waste to the Zahle facility. These open dumpsites pose a high health hazard to the surrounding communities and are detrimental to the surrounding environment, including but not limited to contamination of ground and surface water bodies, the soil and ecosystems around them, negatively affecting public health including displaced population and children. In addition, the open burning practice has been taking place posing serious health risks for the country’s residents including displaced people, especially for those living near dumpsites. Open burning of MSW releases very toxic and carcinogenic compounds, which will negatively affect the health of the population living in the vicinity such as increased risk of heart disease, cancer, skin diseases, asthma, and respiratory illnesses. In addition, open burning is the largest contributor to Particulate Matter (PM) 2.5 and 10, severely damaging the air quality in Lebanon. These dumpsites have direct and indirect impact on the Litani river and Qaraoun Lake in terms of pollution load and the river quality.

The need to close and rehabilitate these dumpsites have been flagged as a national priority for the country; especially after the approval of the ISWM Road Map in August 2019.

Although the gender maker for all project outputs is not scored at GEN2 or GEN3, the outcome of the project will benefit both women and man. Additionally, the project will formulate the participatory and gender equality plans for improving the solid waste sector by involving related communities. 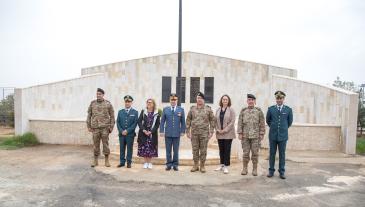 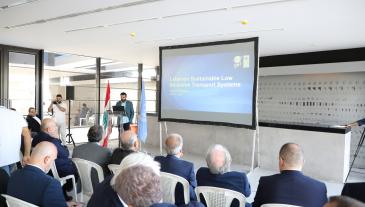 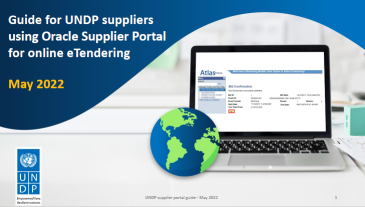 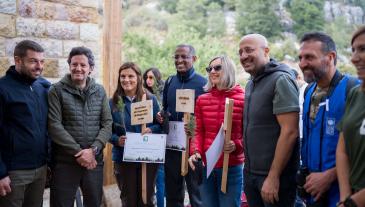 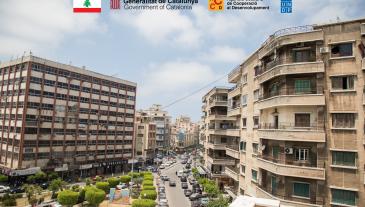 UNDP and the Catalan Government to support Tripoli's economic recovery 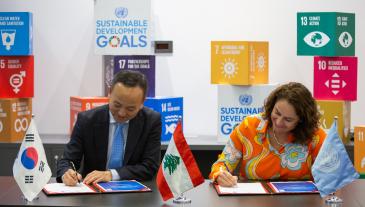