The ocean and COVID-19 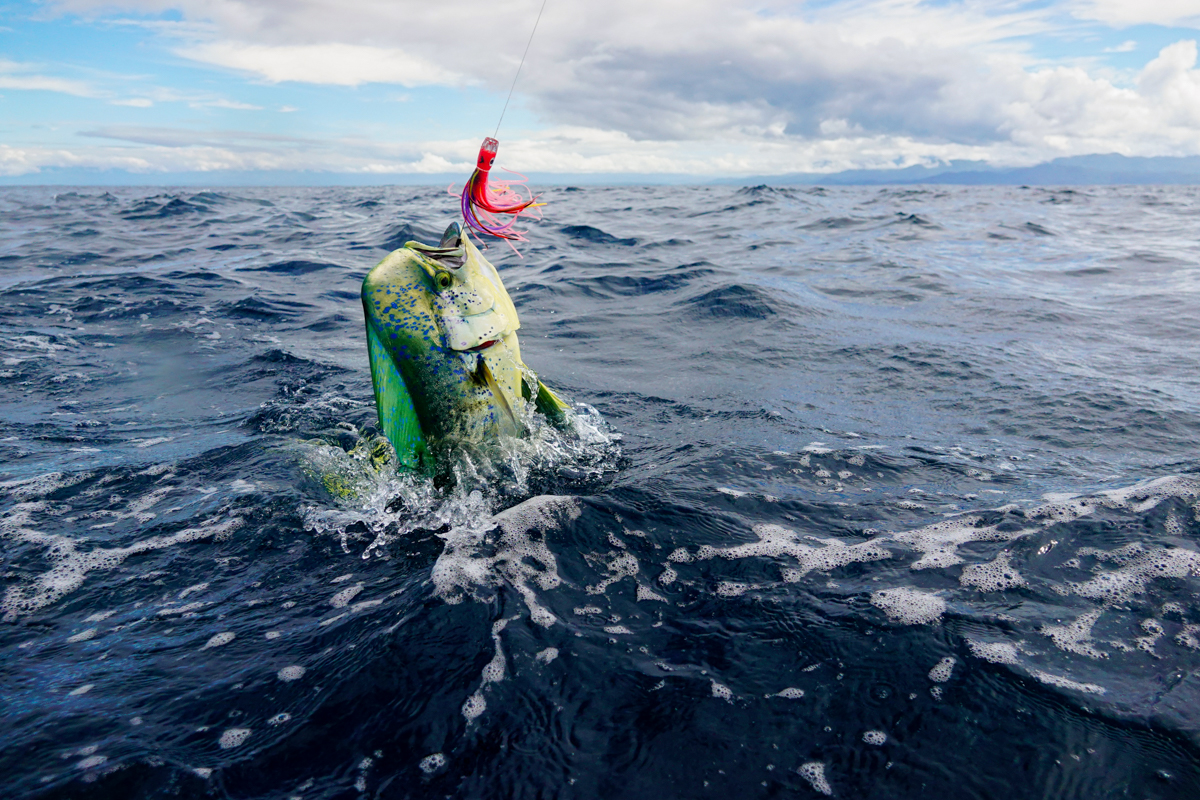 In Ecuador, decreased demand for mahi mahi, mainly due to the complete collapse of tourism, led to a significant reduction in prices and has made fishing unprofitable. Photo: Jason Richeux/Shutterstock.com

The dramatic global economic slowdown caused by COVID-19 is having pervasive effects not only on jobs, economies and governments but also on terrestrial and marine ecosystems. In the near term, the impacts of COVID-19 on the health of the ocean have largely been positive due to the reduction in various sectoral pressures that lead to pollution, overfishing, habitat loss/conversion, invasive species introductions and the impacts of climate change on the ocean. While the ocean may enjoy some near-term benefits, the livelihoods and food security of tens or even hundreds of millions of people may be seriously affected.

There is already evidence that significant slowdowns are occurring in fisheries, shipping, coastal tourism, coastal development, and oil and gas extraction. In a recent informal poll conducted by the Economist during one of its World Ocean Initiative webinars, participants ranked the following ocean sectors as impacted most by COVID-19: tourism 70.7 percent, fisheries 10.4 percent, offshore oil and gas 7.2 percent, shipping 6.2 percent, offshore renewables 2.9 percent and aquaculture 2.6 percent.

A recent survey by the UNDP Global Environment Facility Global Sustainable Supply Chains for Marine Commodities project showed significant reductions in demand for shrimp, octopus, crab, snapper, grouper, squid and mahi-mahi. This is due to lower demand from export markets, the challenge of practicing sanitary measures on fishing boats, difficulties accessing supplies and labour shortages. In the United States, two-thirds of commercial fish go to restaurants, many of which are now closed, so this demand has plummeted. In Ecuador, decreased demand for mahi mahi, mainly due to the complete collapse of tourism, led to a significant reduction in prices and has made fishing unprofitable. In Florida, demand for lobster has declined due to elimination of markets in China.

Could COVID-19 driven reduction in fishing pressure lead to the recovery of depleted stocks? For fisheries, most studies suggest as much as 10-15 years of reduced fishing is required to permit depleted stocks to recover so, in the absence of governance and management reforms that sustain reduced pressure, such recoveries seem unlikely. There is also the risk that some countries might increase the level of destructive fisheries subsidies to assist the sector’s recovery.

COVID-19 has also had a dramatic effect on international shipping. While in the near-term total cargo amounts have only declined slightly, about five percent year on year for March 2020, and ports have remained operational, a 10 percent decline in container trade for 2020 – the largest ever recorded – is projected. Many ships are being co-opted for offshore storage of excess supplies of oil as demand has plummeted. With crew changes rendered near impossible because of travel restrictions, some 150,000 seafarers have been stuck on board for the last several months, to the detriment of their physical and mental well-being.

Reductions in shipping traffic will decrease the sector’s Greenhouse Gas emissions; international shipping represents about 2.5 percent of greenhouse gas emissions. This greenhouse gas reduction will benefit the ocean by slowing the pace of acidification, warming and deoxygenation but, as above, if not sustained the overall impact will be modest. There is also the risk that continued low oil prices may discourage the industry in its commitments to move to a much lower carbon footprint through improved energy efficiency in both ship operation and design.

Tourism has been at a near standstill due to restrictions on international travel. The near-term reduction will no doubt have some benefits on coastal ecosystems due to reduced pressure from activities such as boating and diving, as well as reductions in wastewater emissions from largely unoccupied coastal hotels. But, the socioeconomic impacts of dramatically reduced tourism activity on coastal tourism jobs and businesses are unprecedented and there are significant concerns regarding how the industry will recover in the medium and even longer term.

A slowdown in coastal construction and other development may have near term benefits of reducing stress on coastal ecosystems but these are unlikely to be sustained once such development returns.

The oil and gas sector is undergoing one of the largest corrections in its history, due to both a reduction in economic activity combined with limited success by OPEC to limit production. Demand has plummeted and oil prices have recently traded below zero.  Sizeable reductions in fossil fuel consumption are already resulting in measurable reductions in greenhouse gas emissions which benefit the ocean by slowing the impacts of climate change. Already there are predictions of a five percent or more decrease in global greenhouse gas emissions in 2020. How the fossil fuel sector emerges post-COVID is of tremendous significance not only for the ocean but the entire climate change agenda; some are even predicting that, ‘peak oil’ demand could occur in 2020 compared with earlier projections more towards 2030. However, equally important will be how governments respond in support of renewable energy and energy efficiency.

With a continued focus of UNDP’s ocean governance work on helping developing countries to move their ocean economies towards integrated, sustainable, ecosystem-based utilization by strengthening ocean management and governance, UNDP and its partners will support the recovery by assisting countries in addressing COVID-driven changes in fisheries, aquaculture, shipping, and coastal tourism into national and regional policy, regulatory, and institutional frameworks.