Pakistani young people have their say on climate 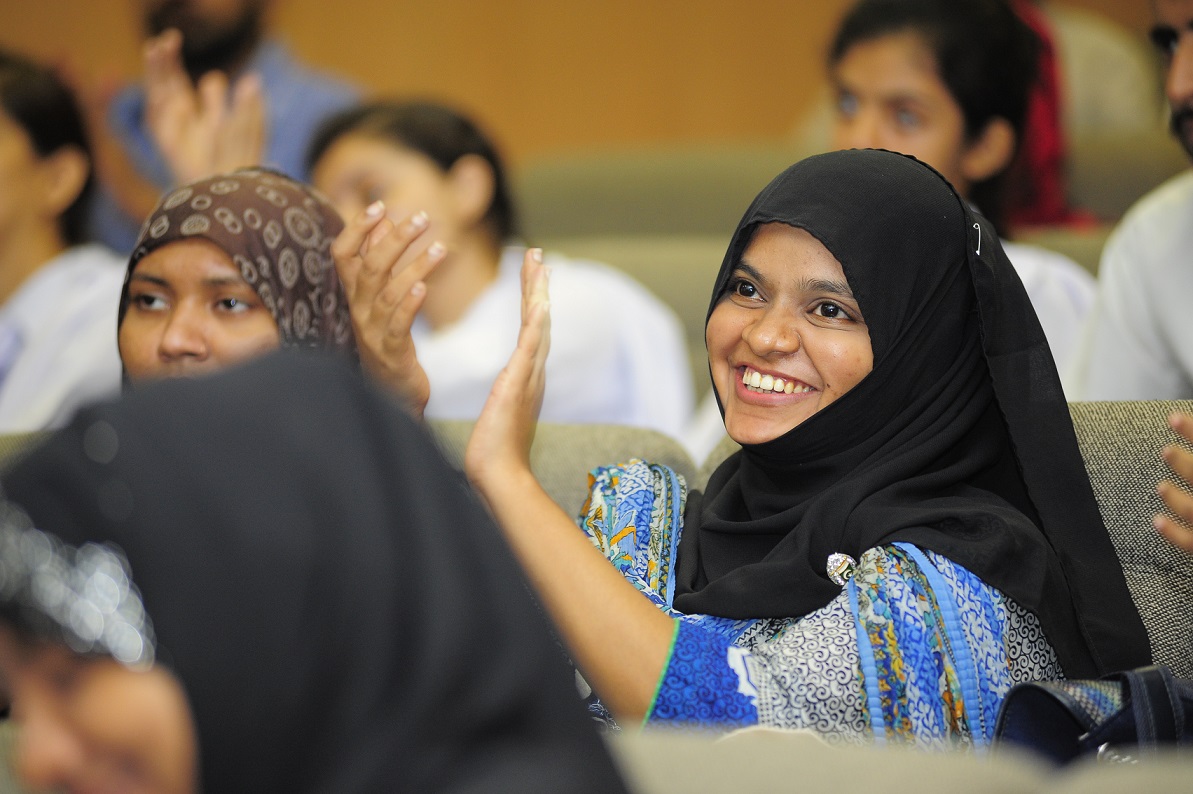 For a country consistently ranked in the Top 10 most vulnerable countries impacted by climate change, where young people comprise 68 percent of the population, this is clearly an age group whose perspective needs to be heard.

The Ministry of Climate Change, Viamo and UNDP recently completed a survey and analysis to better understand the perception and opinions of Pakistan’s youth regarding climate change. How does climate change impact the lives of young people? What are their primary concerns? What are their thoughts on what should be national climate priorities? The Pakistani government will be able to draw on the findings of the survey to better execute its climate policy and initiatives.

The survey shed light on the exposure of young people to risk, and their sensitivity to the effects of climate change. The findings also highlight the level of awareness and perception of climate change amongst the urban and rural youth of Pakistan and their willingness to adapt. This is in stark contrast to the historic perception that young people represent passive victims requiring protection and without a key role to play.

About 8,800 people aged 19 to 34 completed the survey. It comprised a wide-reaching series of questions covering five themes: climate change knowledge and vulnerability, adaptation strategies, regulatory knowledge and climate advocacy, and in addition to age, the survey also collected data on gender, location, level of education and employment. The Youth and Climate Change Perception Report is accessible here.

So what did it find?

Almost one in every five respondents have had to migrate because of temperature extremes and drastic changes in weather patterns.

Feedback varied by location. Urban respondents cited financial, logistical and technological resource constraints as the primary adaptation challenges, while those in rural areas underscored a lack of knowledge on how to proceed.

The survey also sought feedback on the success of existing government initiatives. The Clean Green Pakistan Index was the most recognized, with 31 percent of the respondents having knowledge of it, followed by Ten Billion Tree Tsunami at 24 percent. Eighty four percent of respondents agreed that these initiatives had increased their climate change knowledge, and provided a blueprint for further policy initiatives. Green job creation was identified as a core issue. Investment schemes to support entrepreneurs such as the Kamyab Jawan Programme was singled out as an effective means to accelerate the country’s trajectory to sustainability.

The data collected will feed into political discourse going forward and form an essential data baseline to inform policymaking.

Inclusion and promotion of the youth has been prioritized by the government, culminating in such initiatives such as Clean Green Pakistan and the Prime Minister’s Green Stimulus Programme. Reflecting this priority, during the launch of the survey and report, Mr. Malik Amin Aslam, Special Assistant to Prime Minister said, “Pakistan's youth carries incredible potential to ensure sustainable development. A resilient youth translates to a resilient nation, and our youth have taken initiatives that carry not only socioeconomic significance, but have an eco-friendliness facet to it as well. The incumbent government is very cognizant of this youth potential, and has made it its top priority to engage youth in its developmental interventions.”

The Ministry of Climate Change has already begun the process of incorporating the survey results into its climate planning. A climate change advocacy strategy has been designed which identifies action areas and entrepreneurial opportunities to help create more green jobs. Mass climate education campaigns and workshops will ensue in the coming months, aimed at greater awareness about climate change adaptation and mitigation amongst young people.