Ms. Azusa Kubota took on the role of the Resident Representative, UNDP Bhutan in March 2019. In her role, Ms. Kubota guides the work of the Bhutan Country Office to transform UNDP into a more nimble, innovative thought leader, more effective and efficient at delivering results, a trusted partner for countries in reaching the Sustainable Development Goals.

Prior to her current appointment, she served as the Manager and Head of Office of UNDP in the Solomon Islands and the UN Joint Presence Manager for UNDP, UNICEF, UNFPA and UNWOMEN.

She had previously served as the Deputy Resident Representative (Programme and Operations) of UNDP Lao PDR and The Maldives. She was also with the UNDP Evaluation Office in New York, where she led country-level evaluations of UNDP’s contribution in several countries as well as global thematic evaluations. In that function, she drafted guidance on programme management and evaluation for UNDP.

She worked with the government of South Africa in organizing the second international conference on use of evaluation for public policies. Before joining the Evaluation Office, Ms. Kubota worked for UNDP in Malawi as a Programme Officer, supporting interventions on trade and investment promotion, capacity building and system development in planning, monitoring and evaluation for national poverty reduction strategies and pro-poor budgeting. Prior to that, she worked for NGOs in Senegal, Lesotho and Washington D.C. where she was responsible for organizing training programmes for senior government officials in the areas of international law and economic development.

Ms. Kubota is from Japan. She has a master’s degree in International Affairs in Economic and Political Development from the School of International and Public Affairs, Columbia University, New York, USA, and a bachelor’s degree from Smith College, Northampton, USA. She has spent a semester at Université Cheikh Anta Diop de Dakar, Dakar, Senegal and studied French at Middlebury College, Vermont, USA.

A passionate advocate for an equitable, multilateral and resilient world, Mr. Khurshid Alam's (Bangladeshi) work spans over 25 years in 50 countries in Asia, Africa, the Caribbean, and Europe.

He contributed significantly to advancing the theory and practice of climate and disaster resilience and played a critical role in responding to numerous international crises.

His career combines an array of leadership, consulting, and brief media roles. Before his UN career, he was the Managing Director of ThinkAhead Limited, a UK-based consulting company; and at ActionAid, also based in the UK in various roles, including as the International Tsunami Programme Director and Global Policy Advisor.

Prior to joining UNDP Bhutan, he was with UNDP Bangladesh Country Office, holding a dual role of the Assistant Resident Representative and Head of the Inclusive Growth and Resilience Portfolio with eight practice areas and an annual delivery of over US$50 million.

A frequent keynote speaker, he authored three books and numerous journal articles - and has been engaged in major inter-governmental processes.

He is a self-proclaimed post-humanist and futurist - believes in planetary health first philosophy. He loves collecting arts and antiques – is an admirer of world music, politics, and history.

In 1998, he married Farzana Afrin, a statistician by training. They are proud parents of two daughters. 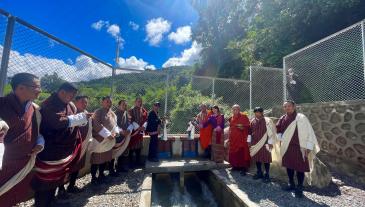 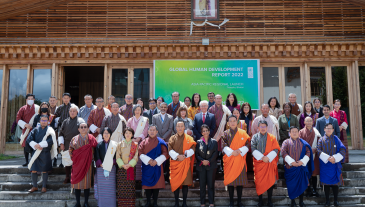 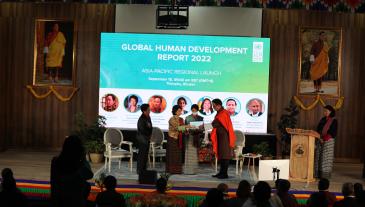 OVERVIEW Uncertain Times, Unsettled Lives: Shaping our Future in a Transforming World  We live in a world of worry. The ongoing Covid-19 pan­demic, having driven reversals in human… 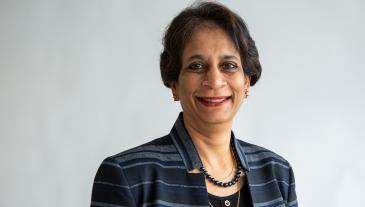 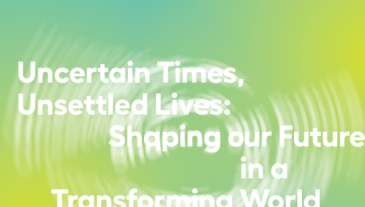