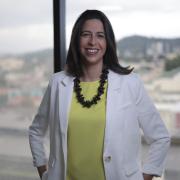 With more than 20 years of experience at the UN, Georgiana Braga-Orillard is the UNDP Resident Representative in Chile. Georgiana is a specialist in development and global health, resource mobilization and partnerships.

Georgiana served as Resident Representative in El Salvador from 2019-2022 and repositioned the Country Office as a key key reference in human development, innovation and climate change. In El Salvador, Georgiana fostered innovative alliances with national partners on issues such as water, education, livelihoods, MYPES, water, education, and livelihoods, always with a gender inclusion perspective.

Prior to joining UNDP, Georgiana was Director of the UNAIDS Country Office in Brazil, where she mobilized high-level political support as well as from private private companies. She also led innovative communication and community mobilization efforts at mega events, such as the FIFA World Cup, as well as the Olympic and Paralympic Games.

At UNAIDS, she held several positions, including Advisor to the Executive Director in Geneva for over 5 years. 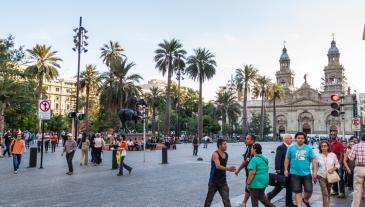 Lessons from Chile; how cities...