In Yemen, the conflict, pandemic, and natural disasters have added layers of vulnerability for women and girls and exacerbated existing gender inequalities specially among disabled, displaced, and marginalized women and girls. In 2021, Yemen ranked 155 of 156 in the World Economic Forum’s Global Gender Gap Index, depicting huge gender disparities.

Yemeni women remain significantly under-represented in public and elected office, holding only 4.1 per cent of managerial and decision-making positions and have minimal leadership roles in national and local peace agreements.

Among the consequences of gender inequality in Yemen, women may be subject to restricted movement, female genital mutilation, and gender-based violence including early and forced marriage. Moreover, women’s participation and leadership in the public sector and formal and informal paid work is low as the rate of women’s participation in the workforce in Yemen is only 6 per cent. And structural inequality impedes women and girls' access to basic services, leading to a massive gender gap in literacy and basic education and high maternal mortality rates.

Conflict has magnified socio-economic disparities, exhausted resources and given way to negative coping strategies. Although child marriage is not a new phenomenon, rates increased from 32 per cent to 66 per cent in 2017 alone – five years into Yemen’s ongoing conflict.

Conflict can also strain personal relationships. According to a recent survey of women across nine Yemeni governorates, family members – particularly husbands – are the most likely perpetrators. Although reporting gender-based violence is discouraged in Yemen, it reportedly increased 36 per cent in 2016 than in 2017 and are continuing to rise due to economic, health, and social stressors.

The epidemic has disproportionate health, social and economic impacts on women and girls. Employment and care services for female workers in general and domestic workers in particular are affected. The outbreak profoundly impacted women’s ability to maintain their livelihoods. In this emergency context, the risks of social and domestic challenges that women and girls face increase exponentially. Additionally, the pandemic’s economic impacts are likely to increase sexual exploitation and child marriage, leaving women and girls in fragile economies and refugee contexts particularly vulnerable.

Gender equality is critical to stabilization, early recovery, and sustainable development and is a critical component integrated into every UNDP Yemen project. Equally, gender is central to UNDP’s work at large – and to the entire UN system – and is reflected within the Sustainable Development Goals (SDGs), the UNDP Strategic Plan  2022-2025, as well as in the UNDP New Corporate Gender Strategy.

In a conflict situation such as Yemen, effective stabilization and development requires inclusion of the entire population. Through our range of projects and gender equality initiatives, UNDP Yemen seeks to enable all citizens – including women, men, girls, and boys – to realize their full potential, and bring about sustainable peace for all. UNDP Yemen identifies and addresses disparities between women and men by tackling structural gender inequality issues and underrepresentation of women.

We must be aware of how language can either enforce or subvert gender inequalities. As such - for maximum reach and impact - UNDP Yemen has developed diverse communication materials to aid in mainstreaming gender communications. Our projects and programmes use gender-sensitive communication to help ensure equal representation of women and men within both our implementation and communications. Furthermore, as part of our mandate to promote gender equality, UNDP Yemen works to highlight both women and men in non-traditional roles. All of these actions help establish critical and viable platforms for all voices to be heard.

UNDP Yemen is committed to gender equality based on the knowledge that gender equality is critical to the successful outcomes of any development intervention. In responding to the physical, economic, political, and psychological impacts of conflict on women, UNDP projects consider the root causes of gender inequality to inform project planning. Women are involved in all stages of project design and implementation and attention is given to gender-related cultural norms and traditions. Additionally, data is gender-specific and progress is directly related to the proportion of women who benefit from project activities. Through all its work, UNDP ensures the engagement of men in promoting gender equality and women’s empowerment, and to apply an intersectional lens.

In late 2021, UNDP Yemen released the third and final report named “Assessing the Impact of War in Yemen: Pathways for Recovery” that presents the findings of a commissioned study on the impact of war on development in Yemen and recovery pathways, through several scenarios using an SDG lens.

The report found that that by empowering women, there significant medium- and long-term benefits such as reducing poverty and improving the Human Development Index (HDI). This can be done through educating young girls and addressing gender inequalities resulting in increased pay and labor participation rates and decreased disparities in health. By 2050, this scenario has a greater effect on GDP per capita than even the Economic Development scenario, illustrating the importance and power of a gender-inclusive approach to recovery.

In 2020, UNDP Yemen was awarded the UNDP Silver Gender Equality Seal for the period 2018-2020 and renewed its application for the period 2021-2023 aiming for the gold certificate. This award recognises the transformative efforts made to economically and socially empower Yemeni women through employment, skills and training, access to basic services, and meaningful participation in critical dialogue at the local, regional, and national level. Moving forward UNDP Yemen is taking major steps to advancing gender equality and women’s empowerment in management, capacities, enabling environment, knowledge management, programmes, partnerships, and gender results/impact, the gender seal seven pillars. 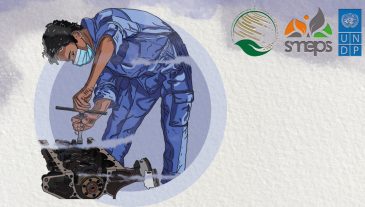 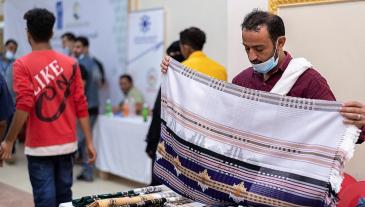 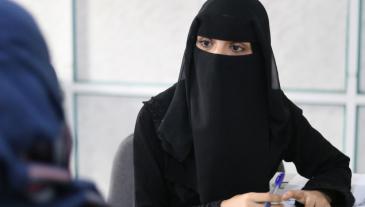 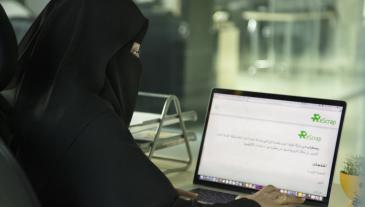