Kyiv, 28 November 2022 — The Japan-UNDP project “Emergency Explosive Ordnance (EO) Clearance and Debris Removal”  entered a new phase this week to ramp up recovery efforts in the Kyiv region and remove debris from the damaged buildings and unstable structures. Local authorities are eager to recover and rebuild, to prepare neighbourhoods for the safe return of their residents and to provide safe access for recovery and rebuilding efforts.

The project, supported by a generous financial contribution from the Government of Japan, takes a comprehensive approach to recovery, starting with a series of inception workshops for local recovery and debris removal teams on workplace safety, handling explosive ordnance and managing the proper disposal of hazardous waste such as asbestos.

According to the Kyiv Regional Administration, 46 (about 200 settlements) out of 69 communities in the oblast of Kyiv suffered irreparable damage to their buildings, which now must be safely demolished and removed. In Kyiv Oblast alone, there are more than 200 settlements that have suffered damaged frpm the war. A UNDP damage assessment estimated that there are at least 5 million tonnes of debris in just 40 settlements out of these 200 communities in Kyiv Oblast.  Five million tonnes of debris has enough recyclable material to build a 1,400 km road from Kyiv to Berlin.

Reconstruction can not begin until debris from damaged builds is removed – and removed safely. Doing so involves risks and dangers that come with handling mines, explosives, or materials with asbestos contamination.  To help minimize the risks, UNDP has organized awareness training on such hazards, which has already been taken by 110 debris removal workers.

During the opening of the training session, UNDP Deputy Resident Representative in Ukraine Christophoros Politis said the work to restore Ukraine’s buildings and infrastructure is important, but that the principle of “safety first” is paramount.  “Building awareness of and the capacity to manage debris and ordnance safely should become a common thread of all projects aimed at supporting Ukraine," he said. “And we are grateful to the Government of Japan for being such a valuable partner in this comprehensive endeavour."

Mykhailo Koval, Deputy Head of the Gostomel village administration, a сommunity near Kyiv that was hit particularly hard in the early days of the invasion, expressed his gratitude for the support of UNDP and the Government of Japan. "With the beginning of the full-scale invasion, almost 40 percent of Gostomel suffered destruction of varying complexity,” he said. “It is almost impossible to dismantle the debris and clean the territory by ourselves – we are enormously grateful to have such powerful professional support."

Naoto Kanatsu, Second Secretary of the Embassy of Japan in Ukraine expressed his deep respect for all those who are engaged in such life-threatening activities as clearing mines, unexploded ordnance and debris. “The safety of the Ukrainian people and the future of Ukraine depend on each and every one of you working in the field,” he said. “The Government of Japan will continue to provide support for and stand by the people of Ukraine who are facing hardship, in collaboration with the international community, including all G7 members.”

Following the completion of the training, debris removal work will commence in Makariv and Hostmel and subsequently in Bucha and Irpin.

Under the Emergency Explosive Ordnance and Debris Removal project, UNDP is supporting Ukraine’s State Emergency Service with the procurement of mine action equipment to support national responders, as well as debris removal services to safely transport ERW-contaminated debris out of conflict-destroyed areas of Bucha, Irpin, Hostomel (Moschun inclusive) & Makariv (all in Kyiv region), and beyond. On completion of the project, when mines and debris have been removed from Kyiv Oblast, UNDP will help the Government of Ukraine provide a safe return for more than a million people who have been displaced from their homes. 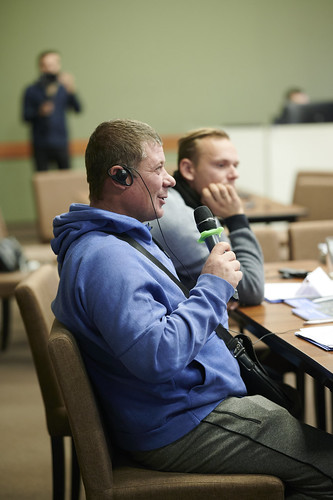 With EU support, UNDP will repair more than 50 schools in Ukraine

The United Nations Development Programme in Ukraine has launched a project aiming to repair initially 50 schools that were damaged during the full-scale Russian i...

The United Nations Development Programme (UNDP) in Ukraine, with financial support from the Government of Canada, has handed over two vehicles for the provision o...

The Government of Japan announced a contribution of US$95 million to the United Nations Development Programme (UNDP) to support comprehensive efforts that respond...