Lviv, 29 September 2022 – The United Nations Development Programme in Ukraine has joined forces with a famous local chef to explore the ecological, social and economic dimensions of feeding internally-displaced people (IDPs) by linking the restaurant sector with urban agricultural initiatives.

The project goal is to unite internally displaced people with host communities through public gardens.  Vegetables are grown in these garden and are later delivered to restaurants, which offer free meals for those in need.

Chef Ievgen Klopotenko, with whom UNDP is working on this initiative, is well known in Ukraine as the reason Ukrainian borscht was added to UNESCO’s intangible cultural heritage list. He said food is much more than just something we eat, but is in many ways the glue that binds societies together. “We cultivate, grow, prepare, cook and eat together as a people,” he said   “Bombs and bullets can tear communities apart, but food can bring us together.”

Since April 2022, UNDP has supported the initiatives to promote collective local horticulture, including “Rozsadnyk,” a space for urban horticulture in Lviv, and the ideathon “Food that unites,” which crowdsourced ideas for food security and social cohesion. The Rozsadnyk space is being used to grow Swiss chard, beets, cucumbers, tomatoes, zucchini, pumpkins, squash, carrots, celery and other vegetables. The produce is distributed through the “Inshi” bistro, owned by Yevgen Klopotenko, where IDPs receive free meals.

Acting UNDP Resident Representative Manal Fouani said connecting people of different backgrounds and experiences during war times is an instrument for social connectivity. "In increasingly war challenging circumstances in Ukraine, bringing host communities and displaced people over a common goal in green and open spaces has offered an excellent opportunity to learn about each others’ sufferings but also potential,” Fouani said. “Uniting people over small community activities of growing vegetables, distributing it to restaurants, which will then offer free meals to those in need, is just one local solution for much bigger war challenges, says Fouani. Thinking global and acting local has always been a motto for UNDP’s team in Ukraine.”

During the month the pilot project took place, the Rozsadnyk space delivered vegetables twice for “Inshi” Bistro, where IDPs receive meals. The weight of the first portion of vegetables was approximately 30 kg. 150 portions of the meal were prepared from the obtained harvest during the month.

UNDP and Yevgen Klopotenko organized two events to share the outcomes and results of this and other experiments, and where exerts explained what is needed to ensure the sustainability and upscaling of the project to other cities.

Anzhelika Zozulya, co-coordinator of the Rozsadnykshared space, said local food systems are more resilient to crises, such as war.  “These systems seem to encourage more responsible growth and use. In the context of food issues, we make our educational contribution, simultaneously emphasizing the need for rational use of natural resources and support of local biodiversity. Now it is important to scale the experience and involve more stakeholders in this process,” she said.

Oleksandra Sladkova, Head of Ecology and Natural Resources Department of Lviv City Council, said it is necessary to popularize new approaches like this so that city authorities can support such initiatives without fear of failure. Rozsadnyk is perhaps the best example of where a community initiative like this can take place, as it is not just a park where people relax -- they also go there to rally for a common cause.

Natalya Gaetska, who was forced to move to Lviv from Mariupol, said growing and providing food to those in need is an important social mission. “After moving to Lviv, I needed to find a place where I could relax and do something useful at the same time,” she said. Rozsadnyk provides such an opportunity. What I like most is working with mint and with our spicy garden bed in general”.

Experiment participants and specialized experts claim that such cooperation could be repeated in any city where there is a public garden and a socially responsible business in the food catering field. The cooperation is possible not only with public gardens, but also with farmers who agree to transfer a certain amount of products to such a restaurant for free. 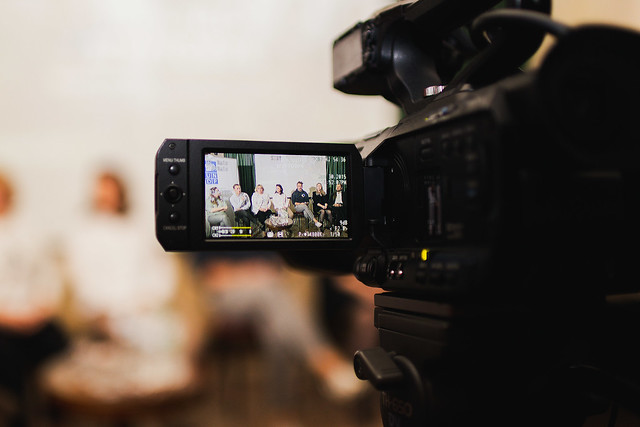 To mark the International Day of Persons with Disabilities, the Minister of Social Policy of Ukraine organized the "Philosophy of Capacity" forum in Kyiv. The eve...

Mr. Giles Duley appointed as the first United Nations Global Advocate for persons with disabilities in conflict and peacebuilding situations

The United Nations appointed Mr. Giles Duley on 3 December, the International Day for Persons with Disabilities, as the first United Nations Global Advocate for p...

The European Union provides EUR 1.8 million for Crisis Response and Renewal in Ukraine and the Republic of Moldova

A financial top-up under the auspices of the Mayors for Economic Growth Facility supports the crisis immediate response and recovery & long-term renewal of Moldov...

With the support of UNDP and the EU, leaders of communities in eastern Ukraine took part in an international visit, where they gained valuable experience and know...