The newly opened centre will work 24/7, and is designed to become a place of shelter for people who are facing various forms of violence. Here they will be able not only to protect themselves from offenders, but also receive comprehensive counselling, along with psychological, legal and social assistance, from qualified specialists.

“The long-lasting armed conflict in eastern Ukraine and the COVID-19 pandemic have only added to the dire challenges for people already facing injustice, and have exacerbated the problem of domestic and gender-based violence,” Munteanu said. “We’re convinced that this centre will become a beacon of hope for those who no longer have anyone to rely on, and a place to seek help and protection. Qualified specialists will help people who have experienced various forms of violence restore their inner strength and start a full life, free of fear.”

The work of the centre will focus on psychological assistance for violence survivors, and their rehabilitation. In particular, the centre’s specialists will organize joint group classes to enrich the therapeutic effect and speed up the recovery process through the help of moral support of many people.

UNFPA Regional Coordinator in Donetsk Oblast Oksana Andrushkiv congratulated the people of Pokrovsk on the opening of the day centre, and noted the exceptionally active position of the Pokrovsk city authorities, Centre for Social Services and Donetsk Oblast State Administration have taken in building a wide network to combat domestic and gender-based violence.

“The community has quite well established mechanisms for cross-institutional cooperation of all major actors, which were recently joined by the newly created ‘Polina’ mobile police group for combating domestic violence,” Andrushkiv said. “It should be noted that the Pokrovsk community may soon begin piloting a mechanism for procuring services at the shelter in Myrnohrad, as well as calculating the cost of day care for neighbouring communities. This will be a significant achievement on the way to creating a specialised support network for those who have faced violence in Donetsk Oblast.”

The overhaul of the building of the centre included fully equipping rooms for individual and group classes and a room for staff. All renovations were carried out in line with the principles of inclusiveness, so that the premises are fully accessible to all, leaving no one behind.

Deputy Head of Donetsk Oblast Administration Yuliia Kostiunina said the opening of the day centre was a significant event for Donetsk Oblast, as it adds to the network of specialized institutions for people facing domestic and gender-based violence.

“Building a network of specialized support services for violence survivors is one of our priorities,” Kostiunina said. “In Donetsk Oblast, four day centres, three shelters, a counselling centre for correctional programmes for offenders, and 13 mobile teams of social and psychological assistance for domestic violence survivors have been launched so far.”

“The opening of the day centre is a key element in protecting and supporting people who have faced domestic and gender-based violence. It shows that the joint actions of international organizations and local authorities can help build an equally accessible system of social services for the public.”

The day centre is located in Pokrovsk in South Microdistrict, 25. Information on the day centre and the services provided there can be obtained via a phone number: +380 66 322 19 04.

The day centre will function as a unit of the Pokrovsk City Centre for Social Services, and Pokrovsk City Council will subsidize the centre from the local budget. 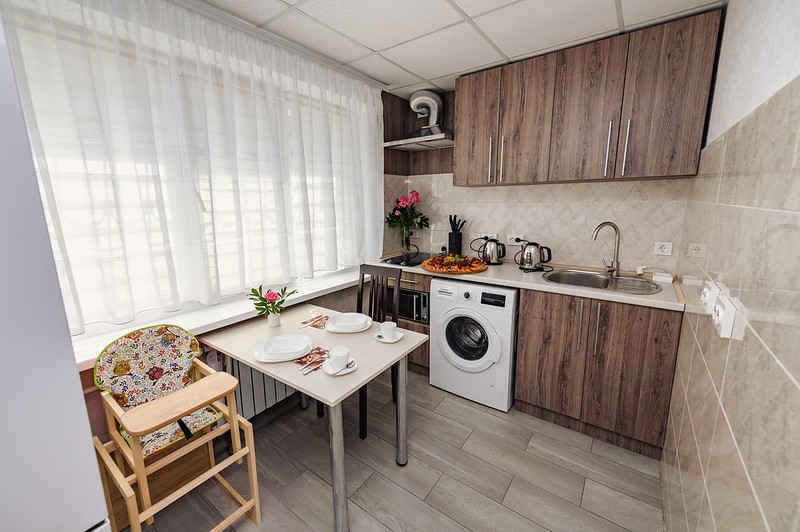 The Government of Germany and UNDP will scale up their partnership to support Ukraine with evidence-based planning, damage assessment, crisis governance, and urge...

On 28-29 June 2022, an online conference, "Modeling effective investment activities in communities during the war and in the postwar period", was held. The IBI-Ra...

In search of safe haven, seeking shelter from the war

Just after the start of this war, NGO “Women's Perspectives Center" in Lviv received a grant from UNDP and Denmark to support a temporary shelter for vulnerable w...