For one plastic bag or a glass or a bottle, which a person left behind on the street or after a picnic, to decompose in the natural environment without leaving any traces of its components, it takes from 100 to 500 years, depending on the type of plastic. During this time, the wind can move this object out of the city, some animal can swallow it, or it will end up in the river or get stuck in the bush and gradually release toxic substances into the environment. But most often, plastic waste accumulates in city landfills or in the yards and playgrounds of urban areas.

In order to reduce the amount of plastic waste accumulated in landfills and left at various sites in cities, a joint project of the United Nations Development Program (UNDP) and the Ministry of Agriculture and Environmental Protection “Sustainable Cities in Turkmenistan: Integrated Green Urban Development in Ashgabat and Awaza” funded by the Global Environment Facility (GEF), is implementing sustainable waste management activities.

“Given the large amount of plastic waste generated and taking into account the specific climatic conditions of Turkmenistan, the project decided to start its waste management activities with plastic waste,” said Jemal Durdykova, Waste management specialist for the UNDP / GEF project.

In October 2019, the UNDP / GEF project purchased and installed metal containers for the collection and further disposal of plastic waste. The first 55 containers were installed in various areas of Ashgabat and on the territory of private and state enterprises. The Environmental Protection Society of Turkmenistan has become an active partner in the UNDP / GEF plastic waste collection campaign. Furthermore, the World Day of Sustainable Cities on October 31, 2019 was marked by a greening campaign conducted by project specialists at school No. 136, where children were communicated the importance of the campaign to reduce greenhouse gases. 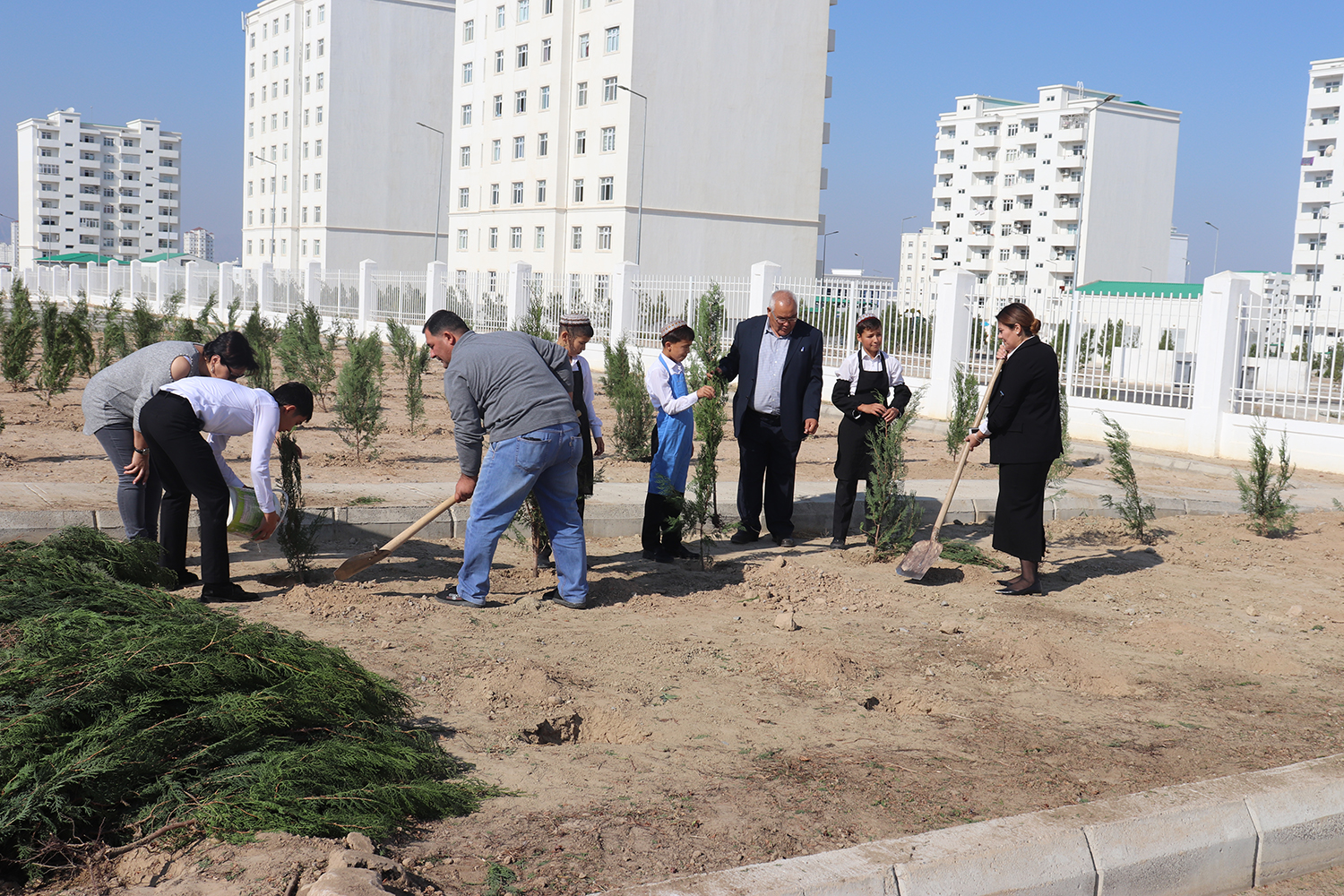 The next stage of the project is to expand collection and installation of containers on the territory of higher educational institutions, schools, park areas and in places of mass gatherings, and assist in processing plastic and converting it into raw materials.

In addition to the installation of containers, it is planned to hold fact-finding lectures on the waste management situation in Turkmenistan, as a result of which it is expected to receive wide feedback from young people, which will allow for campaigns to collect not only plastic, but also cullet, paper, and food waste.