A new era for clean energy in Tanzania 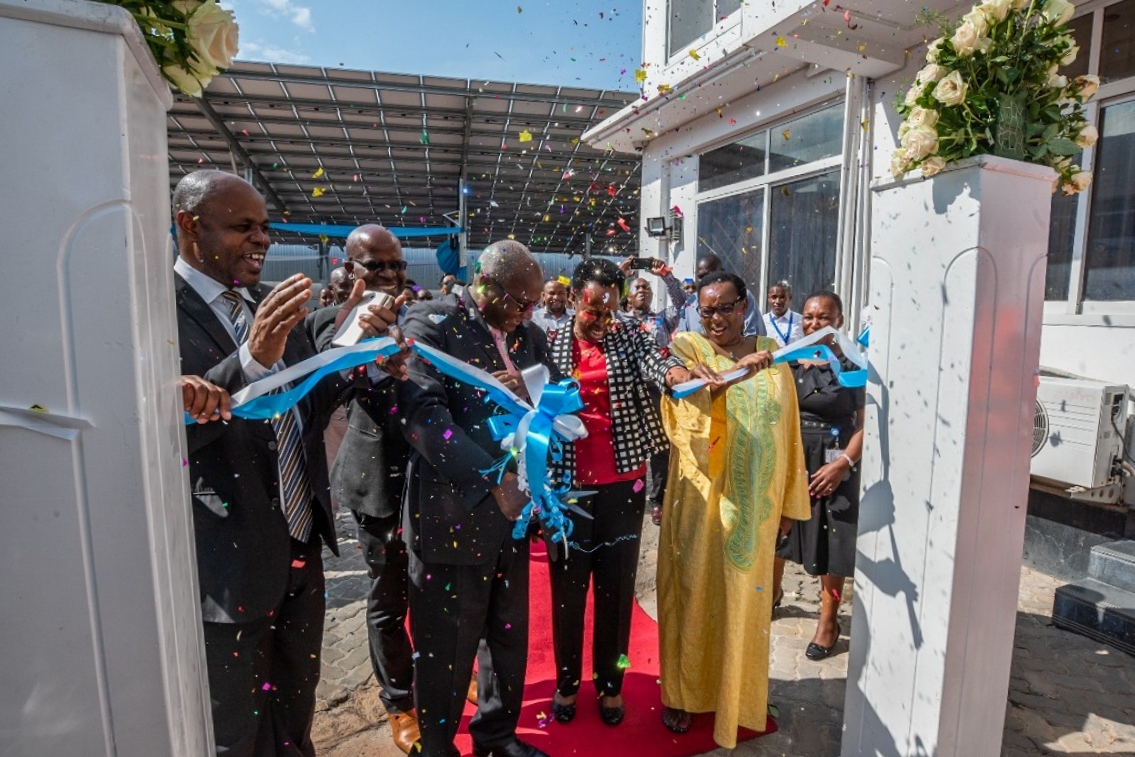 UNDP Tanzania has recently celebrated the expanding influence of sustainable energy by installing a hybrid solar power system at United Nations House in Dar es Salaam. This move towards renewable energy is reaffirming UNDP’s role in spearheading the UN’s Sustainable Energy for All (SE4ALL) initiative and Sustainable Development Goals (SGDs).

“This sets a framework for other organizations, both public and private, to follow suit, thus helping the country to play a key role in localizing the SE4ALL initiative as well as implementing the Nationally Determined Contribution (NDC) to address climate change in Tanzania,” said Acting Resident Representative Verity Nyagah.

The office had used to be dependent on grid power, backed by diesel generators, which were polluting, expensive and unreliable. With the new system 70 percent of the office’s power will be emission free.

Renewable energy has strong environmental incentives. The new power system will effectively reduce the UN House Tanzania’s carbon footprint, and its subsequent burden on the environment. This is in line with SDG 13, which focuses on climate action, while also promoting SDG 7, affordable and clean energy. The new power system is designed to inspire other organizations to follow suit and create a clean energy revolution in Tanzania.

Solar power will also improve quality of life, because while diesel generators are noisy, dirty and intrusive, solar panels emit no sound. This is a benefit to UNDP and other agencies, as well as government agencies that UNDP works with to promote sustainable and equitable development.

The installation of the system took three months—from February to May 2019 and provided local engineers and support staff with marketable new skills. Supported by UNDP’s Copenhagen-based Office of Information Management and Technology, the project follows guidelines of Smart UN Facilities: highlighting improved crisis responsiveness, efficient storage of energy, as well as improving the team’s security and reliability, because the new solar system means the buildings won’t be affected by power outages

The solar power system will result in an estimated US$34,618 in annual energy savings and the initial cost of the project is expected to be recouped within 12 years.

UNDP has been working with the Tanzanian government to create a strong institutional framework to contribute to global efforts to tackle climate change. Among these is the Intended Nationally Determined Contribution (INDC), which was submitted to the United Nations Framework Conventions on Climate Change (UNFCCC). The INDC is now being revised into Nationally Determined Contribution (NDC) to be submitted by the government to UNFCCC as the country’s commitment to decrease greenhouse gases emissions under the Paris Agreement.