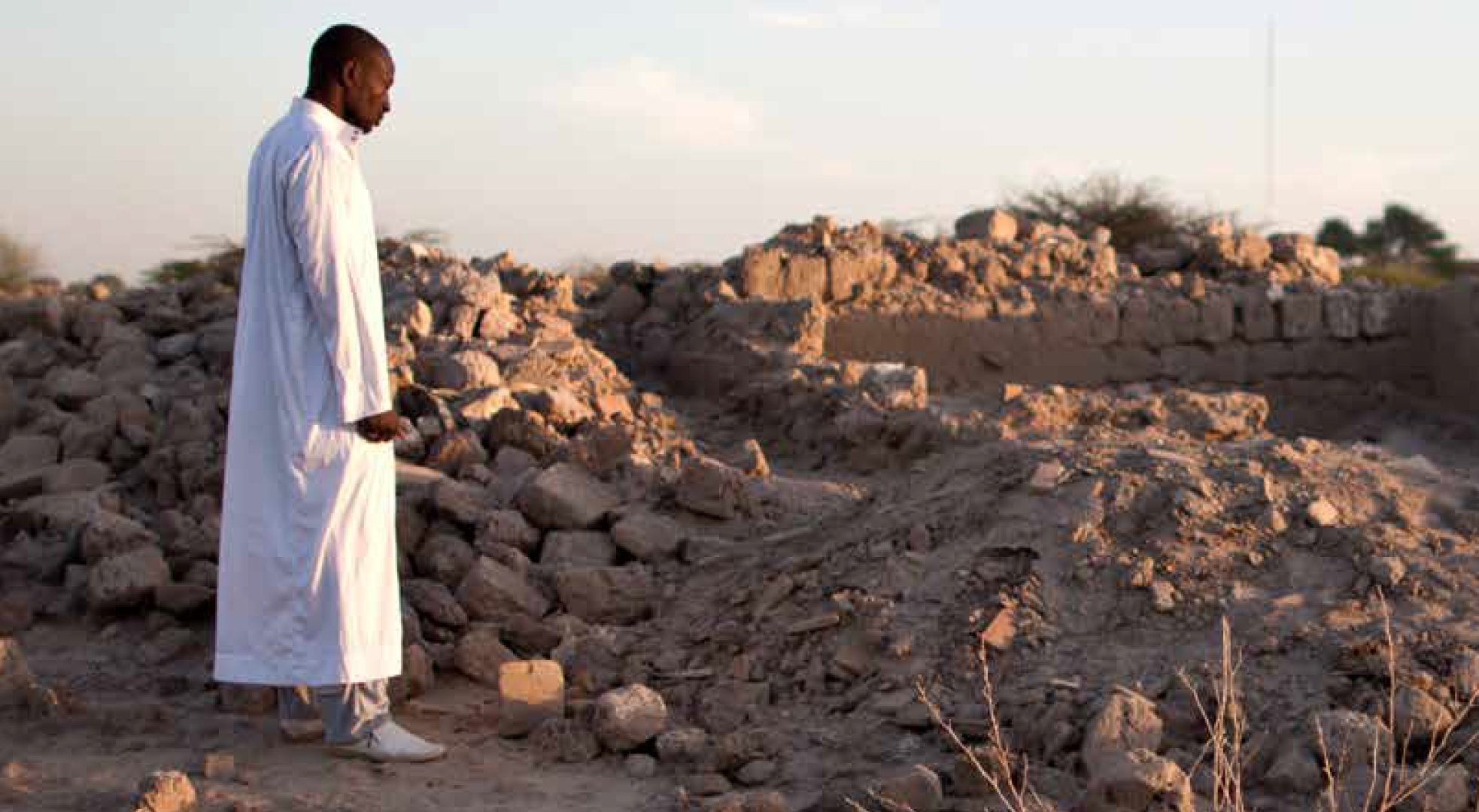 Our preventive approach to extremism must be rooted in Agenda 2030, and in the principle of leaving no one behind. Photo: UNDP 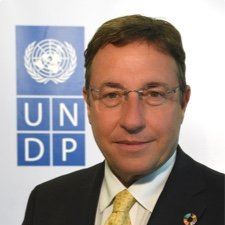 I am pleased to welcome you to this second global meeting on preventing violent extremism, which gathers representatives from governments, civil society organisations, youth networks, research institutions, the UN system and other relevant stakeholders from over 50 countries to discuss this important agenda.

I first want to express my appreciation to the Norwegian Ministry of Foreign Affairs, and to Mr. Nikolai Astrup, the Minister for International Development, for co-hosting this global meeting and for our strong partnership with the Government of Norway in promoting sustainable development.

I also want to acknowledge the presence of the State Minister of international cooperation of the Republic of Sudan, Madame Somia Okoued, as well as Mr. Vladimir Voronkov, the Under-Secretary General of the United Nations Office of Counter-Terrorism.

Since then we have witnessed across all regions of the world an increasing number of initiatives to address this global challenge and prevent it from worsening. Today’s meeting, therefore, aims to exchange on “how” best to prevent violent extremism through sustainable development, build on successes and lessons learned, enhance partnerships and scale up our efforts.

Allow me to emphasize first the primacy of prevention in tackling violent extremism and the link between prevention and development.

Across the world, poor development conditions, discrimination, inequalities and human rights violations have exacerbated feelings of exclusion, injustice and lack of opportunity. These are human reactions, but they leave people – especially young men and women – vulnerable to radicalization that can lead to violent extremism. In addition to the human consequences, violent conflict has an economic cost: in 2016 it cost the global economy an estimated $ 14.3 trillion – equivalent to 12.6 percent of global GDP or $1,953 per person.

Research shows that we cannot win this battle through hard-line security approaches alone. On the contrary, they may risk further inflaming violent extremist activity. The UNDP study, Journey to Extremism in Africa, found that 71 percent of recruits say that government action – most often the killing or arrest of a friend or family member – was the tipping point that made them decide to join a violent extremist group.

The importance of prevention has been widely recognized at the highest levels – in the Security Council and General Assembly resolutions on sustaining peace; the April 2018 independent progress study on youth, peace and security; and the January 2018 Secretary General’s Report on Peacebuilding and Sustaining Peace. The seminal World Bank-UN report Pathways for Peace finds that the average net savings of prevention range from nearly $5 billion per year, in the most pessimistic scenario, to nearly $70 billion per year in the most optimistic scenario.  The report concludes that prevention should become a universal agenda and that the best way to prevent societies from descending into crisis is by investing in sustainable development.

If we want to tackle extremism, we need to understand that it is a reaction to a perceived failure in development, by specific social groups or communities that have suffered from horizontal inequalities, often in addition to facing cycles of violence and poverty.

Our preventive approach to extremism must be rooted in Agenda 2030, and in the principle of leaving no one behind. That means not looking for the greatest “return on investment” for our development funding but trying to reach out to the most remote communities and marginalized groups.

The successful upscaling of our work in the future will, in my view, rely on the following five key conditions of success.

First, there is a need for continued evidence-based research focused on the dynamics in local communities. We have learned much about the global phenomenon of violent extremism, but we need to improve our knowledge of the push and pull factors within local realities.

UNDP’s ground-breaking studies in Africa, Asia and the Arab States, as well as research by development partners and think tanks, have helped us understand why people, especially some youth in specific communities or from particular social groups, join extremist groups. Our upcoming global report “Frontlines” will also shed new light on the positive role of young people in addressing and preventing violent extremism.

Evidence-based research can help us challenge our assumptions about the root causes of extremism. For example, a common refrain states that religious education is a driver of extremism. The Journey to Extremism report found that quality religious education can, in fact, act as a barrier to recruitment: the study shows that six years or more of religious schooling can reduce the likelihood of joining a group by as much as 32 percent.

Second, we need to avoid standardised solutions and implement national and local action plans that are tailored to specific contexts.

In epicentre, spill-over and at-risk countries across Africa, Asia and the Middle East, UNDP is supporting national actors to break the cycle of violent extremism by promoting social cohesion, community participation, religious tolerance, economic inclusion and the empowerment of women and youth. A good example of that is the Partnering Against Violent Extremism Programme in Sudan, which UNDP launched with the Government of Sudan and involves partnerships with civil society, women and youth organisations, community organisations, religious institutions, universities and the international community in order to address the growing threat of violent extremism.  Based on real events, the movie ‘IMAN’, produced by UNDP in cooperation with the Sudan National Commission on Counter-Terrorism, raises awareness by showing the personal story of 4 Sudanese from different walks of life who through various circumstances and for different reasons are drawn towards violent radicalisation.

One of the topics we will discuss here is the effectiveness of these initiatives and the lessons we can learn from their implementation. The outcome of these debates will inform our collective thinking on how best to design national PVE action plans.

Third, we need the right methodologies to better monitor our work on prevention of violent extremism.

Working in close collaboration with member states, civil society and research institutions, UNDP has developed tools to facilitate the design, monitoring and evaluation of our PVE programmes, and how best to mitigate risk during their implementation.

Fourth, we need to act smart and innovate in our PVE work. This includes investing in social innovations and using social media to enhance healthy communication in societies. Since last year we have partnered with Facebook to roll out UNDP’s #ExtremeLives campaign – a series of interviews which uncover the human face of extremism in Asia and show positive alternatives. That campaign has explored themes of radicalization, extremist recruitment methods, gender and extremism, and how ordinary people can counter extremist narratives. So far, the campaign has reached a total of 12 million Facebook users.

Fifth, there is a need for enhanced partnerships both within the UN and with external actors, many of whom are in this room today.

I would like to acknowledge in particular the influential role of the Government of Norway and the Kingdom of Jordan in the establishment of the ‘Group of Friends on Preventing Violent Extremism’.

Within the UN system, we co-chair with UNESCO, the Inter-Agency Working Group on Preventing Violent Extremism, composed – among others -  of the UN Office of Counter-terrorism, PBSO, the Counter-Terrorism Executive Directorate, DPKO, UN Women, and UNODC.

I also want to highlight the solid partnerships that have emerged with stakeholders outside the UN system, including a wide range of civil society groups in the countries where we work.

And I am particularly pleased to announce that after this opening session, Mr. Voronkov and I will be signing a Memorandum of Understanding on Cooperation between UNDP and OCT, to formalise the strong partnership that has emerged between our organisations on the prevention of violent extremism.

Despite important progress made over the last few years, serious challenges remain regarding the effectiveness of our PVE action, including, among other issues, how to reintegrate returning fighters effectively; how to avoid the stigmatization of religious groups; how to deal with newly emerging risks in Central Asia and the Caribbean, and how to tap into the full potential of young people so they can be the true champions in the prevention of violent extremism.

We have a unique opportunity to address these questions through some of the promising practices that have emerged through our joint research and programming. I wish you a very productive meeting, and I am convinced that the outcome of this meeting will help chart a path for our collective aspiration to sustaining peace for everyone, everywhere.