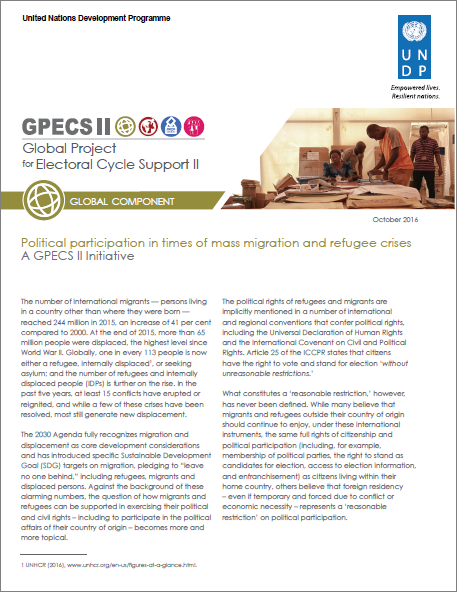 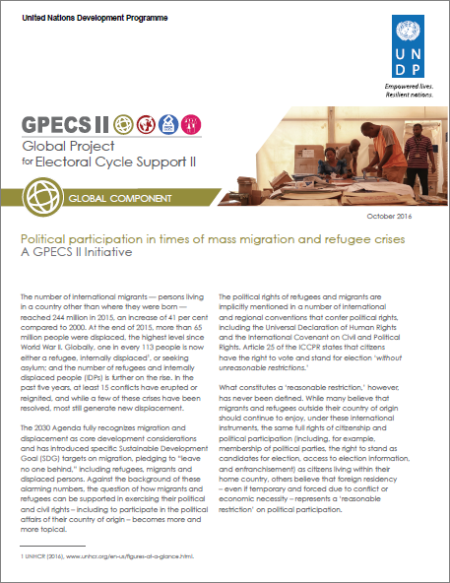 Political participation in times of mass migration and refugee crises

The 2030 Agenda fully recognizes migration and displacement as core development considerations and has introduced specific Sustainable Development Goal targets on migration, pledging to “leave no one behind”. Yet, migrants and even more refugees often constitute the most vulnerable societal groups. In 2015, the number of international migrants — persons living in a country other than where they were born — reached 244 million, an increase of 41 % compared to 2000. At the end of 2015, more than 65 million people were displaced, which is the highest level since World War II.

Against the background of these alarming numbers, the question of how migrants and refugees can be supported in exercising their political and civil rights – including to participate in the political affairs of their country of origin – becomes more and more topical.

UNDP advocates for all societal groups having access to institutions and political processes. This inclusivity is crucial to legitimate elections and other political transition processes, which play a key role in returning a country to civil, democratic and accountable governance in post-conflict settings in particular.

UNDP’s Global Project for Electoral Cycle Support (GPECS II) seeks to advance research, global knowledge and dialogue on the issue in order to facilitate global debates on future opportunities and challenges in regard to the growing number of citizens living outside their home countries. It also aims to create understanding on how the United Nations and other members of the international community can support refugees and migrants in exercising their political and civil rights and how these rights can be reflected in global compacts and policy frameworks. 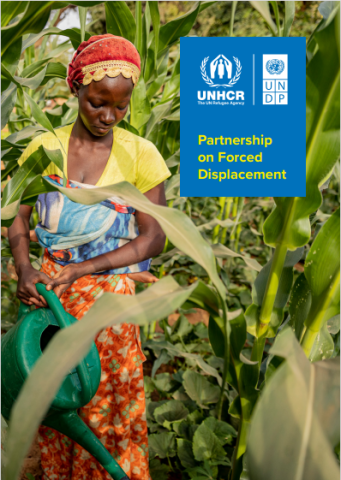 publications
UNDP UNHCR Partnership on Forced Displacement
Bringing together humanitarian, development and peacebuilding initiatives, UNDP and UNHCR have worked together for displaced people and their host communities s...
Read more 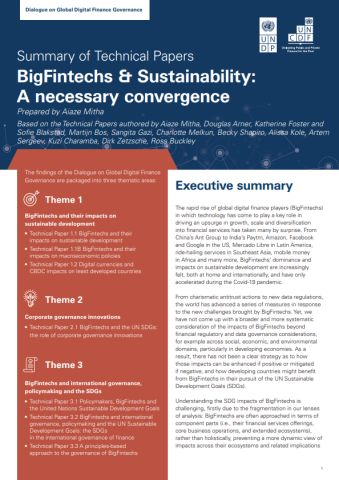 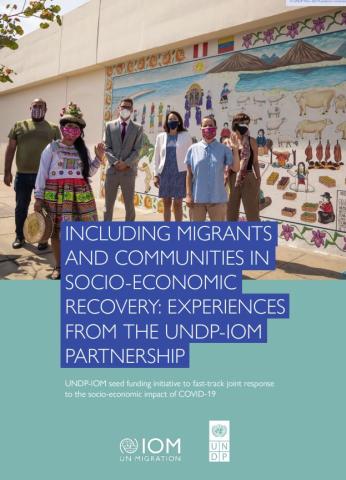 publications
Including Migrants and Communities in Socio-Economic Reco...
The pandemic has had immediate and potentially long-term impacts on the attainment of many of the Sustainable Development Goals. The severe impacts on mobility ...
Read more 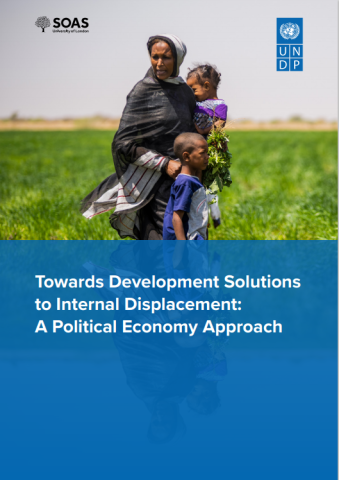 publications
Toward Development Solutions to Internal Displacement: A ...
This report considers how political economy analysis can be used to understand the drivers, dynamics and implications of internal displacement for development p...
Read more 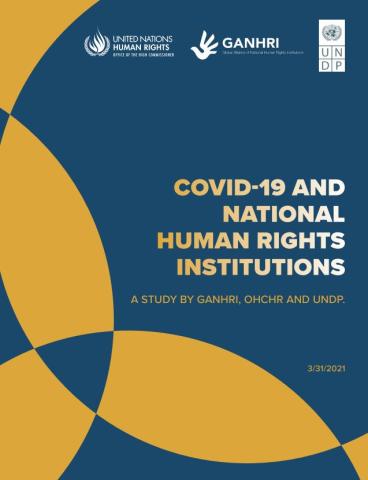 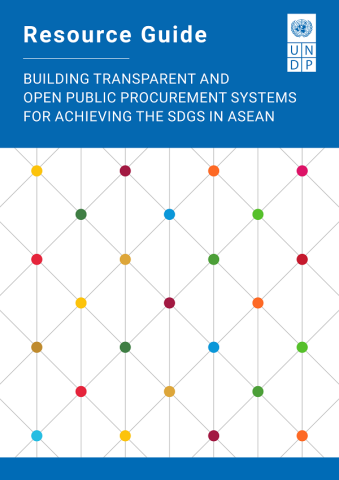