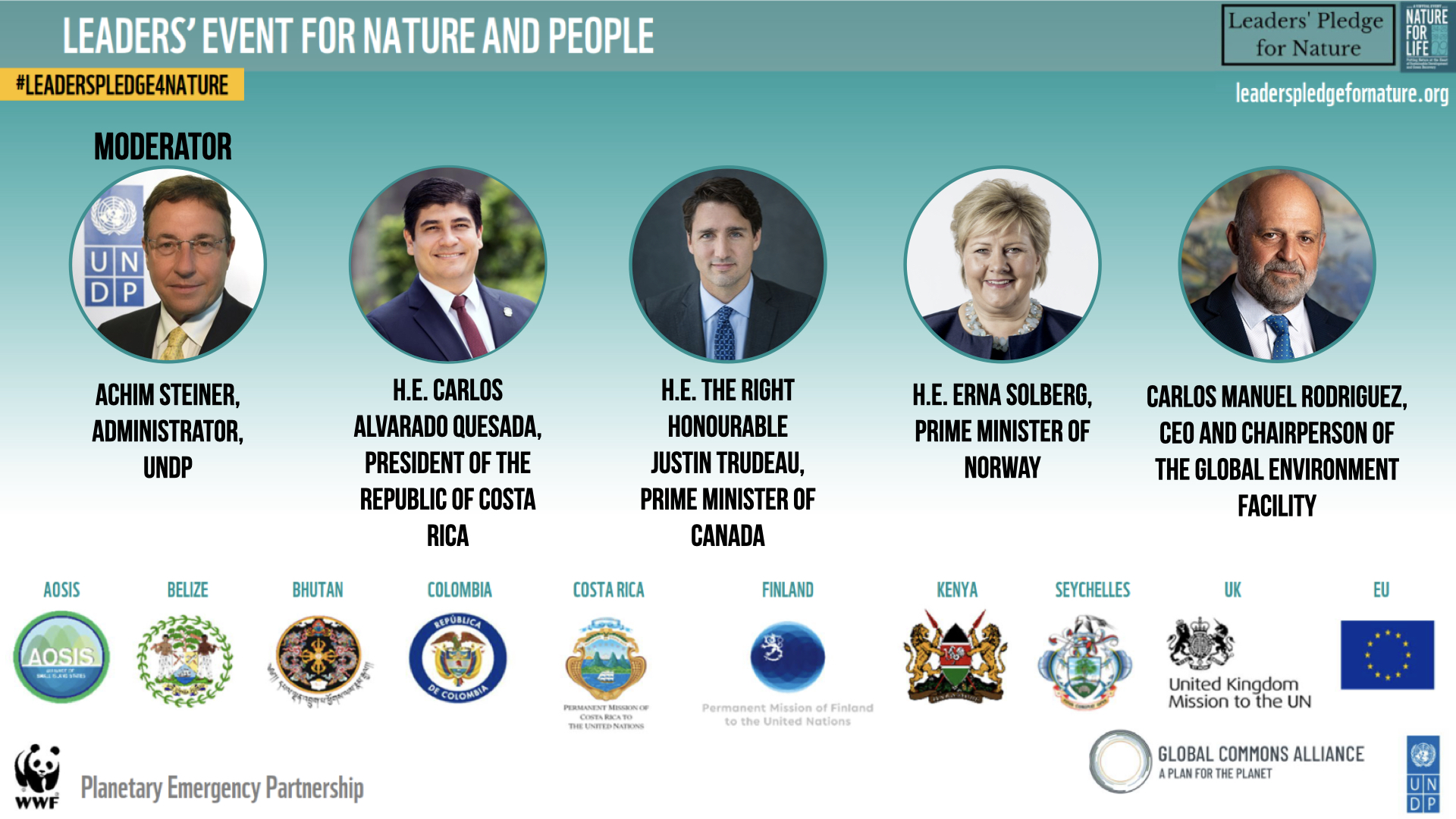 NEW YORK, Sept 28 – More than 20 Heads of State and Government and 6 Ministers committed to a Leaders Pledge for Nature at the Nature for Life Hub, Day 3 —  the Global Ambition Day. With signatories from 70  nations across five continents, including those represented at the event, the Leaders Pledge for Nature commits to ten urgent actions to put nature on a path to recovery by 2030.

This official pledging ceremony aimed at bringing a powerful collective political signal to the UN Biodiversity Summit scheduled two days later, prioritizing nature, climate and people to face the current planetary emergency. The ten actions at the center of the pledge include building clear political will through a transformational new global biodiversity framework, putting nature at the heart of COVID recovery, addressing climate change, and strengthening financial and non-financial support for implementation.

“As of the 28th of September 2020, Monday morning here in New York City, the number is now 70 governments including the European Union having signed up for this pledge,” stated UNDP Administrator Achim Steiner. “Citizens across the world [are] perhaps beginning to believe that leadership in politics and business and civil society [are] finally taking that challenge of looking after the nature of our planet more seriously. But very often, Indigenous peoples are the forgotten stewards of biodiversity, they are part of this global effort, and they must be an integral and active part of the solution.”

During the event, global leaders stressed the COVID-19 pandemic as a critical ‘reset’ for humanity, emphasizing the urgent need to change course in the next ten years. H.E. Justin Trudeau, Prime Minister of Canada called on the nine other largest countries in the world to join Canada in their commitment to the Leaders Pledge. H.E. Ms. Erna Solberg, Prime Minister of Norway, proposed a coalition of business and governments to meet the one-billion-dollar annual finance gap needed to end tropical deforestation this decade.

Representatives from major funding agencies, private sector, and UN agencies echoed these calls to action, stressing the need for collaboration across sectors.

“With the pledges, with the commitment for action now, clearly the post-2020 framework will equally be transformative, innovative, action-oriented, as expected”, stated Elizabeth Mrema, Executive Secretary of the Convention on Biological Diversity.

The announcement of the Leaders Pledge builds momentum towards the UN Biodiversity Summit, which will take place on 30 September under the theme of “Urgent action on biodiversity for sustainable development.”

The Nature for Life Hub continues its final day of programming on Tuesday, 29 September for Local Action Day. The ultimate sessions will include UNDP’s flagship Equator Prize, celebrating local action for nature, climate and a green recovery from COVID-19.

For more information or media queries :