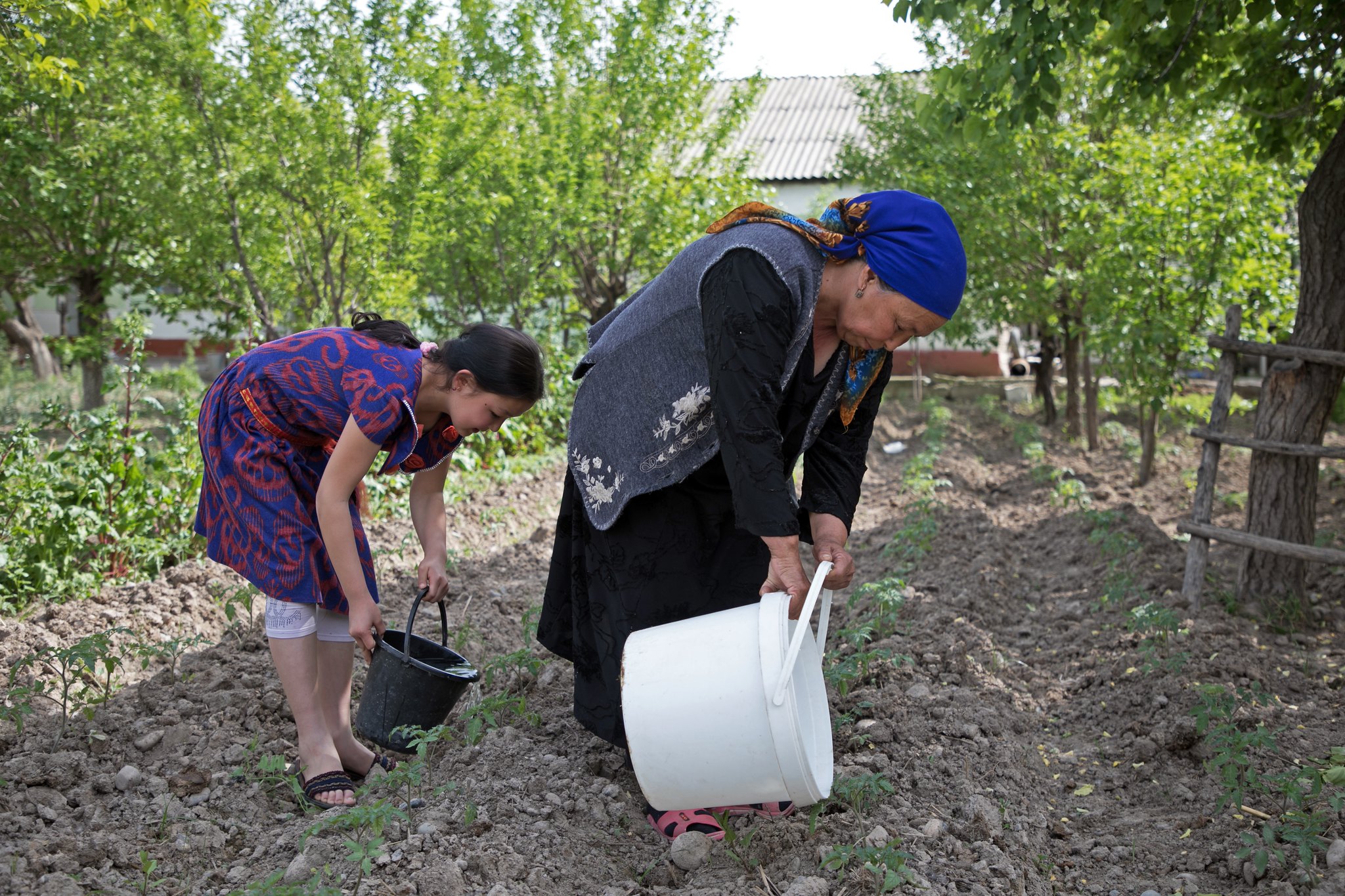 Guided by a joint Multilateral Socio-Economic Response and Recovery Offer, developed with UNDP as technical lead, 23 UN and other multilateral entities have mobilized to support in seven priority areas, with the aim of mitigating knock-on effects on millions of people’s lives, livelihoods, and the economy. Photo: UNDP Uzbekistan

“We commend the Government’s multisectoral, whole-of-society approach in response to the pandemic. We have noted with appreciation the proactive and early approach to safeguarding well-being, incomes, livelihoods of the people and the long-term potential of the economy,” said UNDP Resident Representative Matilda Dimovska.

“The Government established an Anti-Crisis Fund and a massive anti-crisis package—a mix of social assistance, health, infrastructure, and entrepreneurial support—to contain COVID-19 and mitigate its potentially devastating impact on vulnerable populations and the economy, and to help sustain Uzbekistan’s reform agenda.”

Guided by a joint Multilateral Socio-Economic Response and Recovery Offer, developed with UNDP as technical lead, 23 UN and other multilateral entities have mobilized to support Tashkent in seven priority areas, with the aim of mitigating knock-on effects on millions of people’s lives, livelihoods, and the economy. Their consolidated response complements steps by the Government and builds on the World Health Organization (WHO) -led preparedness and response plan.

Priority areas for multilateral response and mitigation are health, macro-economy, social protection, job creation, education, social cohesion, and data and assessments. In Uzbekistan alone, IFIs have secured some US$3 billion in loans.

An earlier joint multilateral assessment found COVID-19 and measures to contain it have hit Uzbekistan hard, cutting exports and remittances, straining government coffers, and forcing most small businesses across the country to close. Exports dropped 18 percent in the first quarter, compared with the same period a year earlier, while 475,000 or 85 percent of the country’s small businesses were forced to close in March.

The share of households with at least one member actively working fell more than 40 percentage points, from 85 percent to 43 percent, between March and April, before rebounding by 33 percent by June. Since then, recovery has stalled more than 11 percentage points below 2019 levels. Among self-employed people, income fell 67 percent, according to the World Bank’s Listening to the Citizens of Uzbekistan (L2CU) survey and remained down 30 percent through August.

The crisis has also taken a high toll on women, the study finds. Demand for hotline support in response to gender-based violence increased fivefold in the country’s first week under lockdown. Meanwhile, frontline health workers, 82 percent of whom are women, face extreme pressure: In a recent UNFPA-supported survey, half of women healthcare workers reported suffering from anxiety, burnout, and depression.

“We commend the interest of Uzbekistan to emerge better out of the crisis and to promote low-carbon business models, as well as a green and digital economy. UNDP Uzbekistan stands ready to further support the Government in recovering better,” Dimovska said.

Completed and ongoing projects include:

· IMF disbursement of US$375 billion under the Rapid Credit Facility and Rapid Financing Instrument to address external and fiscal financing needs.

· EBRD trade guarantees and cash advances for small and medium-sized enterprises that are clients of four state-owned banks, worth US$320 million.

· UNFPA development of national guidelines on prenatal, perinatal, and postnatal care during COVID-19, along with training and communication materials.

· Job creation in the tourism sector, delivered by UNWTO and financed by EBRD, valued at US$200,000.

· Two UNDP projects to expand access to clean water in the northwestern autonomous region of Karakalpakstan and another to promote female entrepreneurship and start-ups in the central Syrdarya region.

· Three FAO projects on food trade and marketing and a rapid survey of supply chains to Europe.

· A project by IOM to establish a Skills Development Centre for potential migrant workers.

· IAEA provision of diagnostic kits to the Centre of State Sanitary-Epidemiology, funded by Germany.

· Fifteen initiatives by UNODC in health, education, and social cohesion.

· UNDP dissemination of science-based communications about the pandemic and services available to mitigate and contain it—including outreach to sight- and hearing-impaired people.

· UNDP equipping and training of 2,000 community health volunteers to share information in 10 districts in Karakalpakstan, and procurement of personal protective equipment (PPE) and disinfectants for more than 30,000 people in remote regions.