Nairobi/Rome/New York, 14 September 2021 – Global support to producers in the agricultural sector amounts to USD 540 billion per year, making up 15 per cent of total agricultural production value. By 2030, this is projected to soar up more than three times to USD 1.759 trillion. Yet 87 per cent of this support, approximately USD 470 billion, is price distorting and environmentally and socially harmful. These are findings of a new UN report calling for repurposing damaging incentives to achieve more of the 2030 Sustainable Development Goals and realize the UN Decade of Ecosystem Restoration.

The report, A multi-billion-dollar opportunity: Repurposing agricultural support to transform food systems, launched by the Food and Agriculture Organisation (FAO), the UN Development Programme (UNDP) and the UN Environment Programme (UNEP) finds that current support to producers mostly consists of price incentives, such as import tariffs and export subsidies, as well as fiscal subsidies which are tied to the production of a specific commodity or input. These are inefficient, distort food prices, hurt people’s health, degrade the environment, and are often inequitable, putting big agri-business ahead of smallholder farmers, a large share of whom are women.

The Director-General of FAO, Qu Dongyu, said: “This report, released on the eve of the UN Food Systems Summit, is a wake-up call for governments around the world to rethink agricultural support schemes to make them fit for purpose to transform our agri-food systems and contribute to the Four Betters: Better nutrition, better production, better environment and a better life.”

Agriculture is one of the main contributors to climate change through greenhouse gas emissions from different sources, including manure on pastureland, synthetic fertilizers, rice cultivation, burning crop residue, and land-use change. At the same time, agricultural producers are particularly vulnerable to impacts of the climate crisis, such as extreme heat, rising sea levels, drought, floods, and locust attacks.

Continuing with support-as-usual will worsen the triple planetary crisis and ultimately harm human well-being. Meeting the goals of the Paris Agreement requires shifting support especially in high-income countries for an outsized meat and dairy industry, which accounts for 14.5 per cent of global greenhouse gas emissions. In lower-income countries, governments should consider repurposing their support for toxic pesticides and fertilizers or the growth of monocultures.

“Governments have an opportunity now to transform agriculture into a major driver of human well-being, and into a solution for the imminent threats of climate change, nature loss, and pollution,” said Inger Andersen, Executive Director of UNEP. “By shifting to more nature-positive, equitable and efficient agricultural support, we can improve livelihoods, and at the same time cut emissions, protect and restore ecosystems, and reduce the use of agrochemicals.”

The report highlights cases where such a process began: the Indian state of Andhra Pradesh that adopted a policy of Zero Budget Natural Farming; the 2006 reform of agricultural policies in China that supports decreased use of mineral fertilizers and chemical pesticides; the Single Payment Scheme in the United Kingdom that removed subsidies in agreement with the National Farmers’ Union; the European Union, where crop diversification has been incentivized through reform of the Common Agricultural Policy (CAP) and the Senegalese programme PRACAS to incentivize farmers to cultivate more diverse crops.

Although there is no one-size-fits-all strategy for repurposing agricultural producer support, the report recommends a broad six-step approach for governments:

“Repurposing agricultural support to shift our agri-food systems in a greener, more sustainable direction -- including by rewarding good practices such as sustainable farming and climate-smart approaches -- can improve both productivity and environmental outcomes,” said UNDP Administrator, Achim Steiner. “It will also boost the livelihoods of the 500 million smallholder farmers worldwide -- many of them women -- by ensuring a more level playing field.”

By optimizing support for the agricultural sector using a transparent, customised and evidence-based approach, our planet will benefit from a healthier, more sustainable, equitable and efficient global agri-food system. The report is launched ahead of the 2021 Food Systems Summit (September), COP15 on biodiversity (October) and COP26 on climate change (November). These events will allow governments to make multilateral commitments to rethink outdated agricultural subsidies, build forward better for the post-COVID-19 era, to commit to such a strategy and to coordinate and monitor its implementation.

About the Food Systems Summit

On 23rd September 2021, UN Secretary-General António Guterres will convene a Food Systems Summit as part of the Decade of Action to achieve the Sustainable Development Goals (SDGs) by 2030. The Summit will launch bold new actions to deliver progress on all 17 SDGs, each of which relies to some degree on healthier, more sustainable and equitable food systems.

About the United Nations Environment Programme

UNEP is the leading global voice on the environment. It provides leadership and encourages partnership in caring for the environment by inspiring, informing and enabling nations and peoples to improve their quality of life without compromising that of future generations.

About the Food and Agriculture Organization

FAO is a specialized agency of the United Nations that leads international efforts to defeat hunger. Its goal is to achieve food security for all and make sure that people have regular access to enough high-quality food to lead active healthy lives. With over 194-Member Nations, FAO works in over 130 countries worldwide.

About the UN Development Programme

UNDP works in about 170 countries and territories, helping to eradicate poverty, reduce inequalities and exclusion, and build resilience so countries can sustain progress. As the UN’s development agency, UNDP plays a critical role in helping countries achieve the Sustainable Development Goals.

Repurposing agricultural support to shift our agri-food systems in a greener, more sustainable direction -- including by rewarding good practices such as sustainable farming and climate-smart approaches -- can improve both productivity and environmental outcomes. It will also boost the livelihoods of the 500 million smallholder farmers worldwide -- many of them women -- by ensuring a more level playing field. 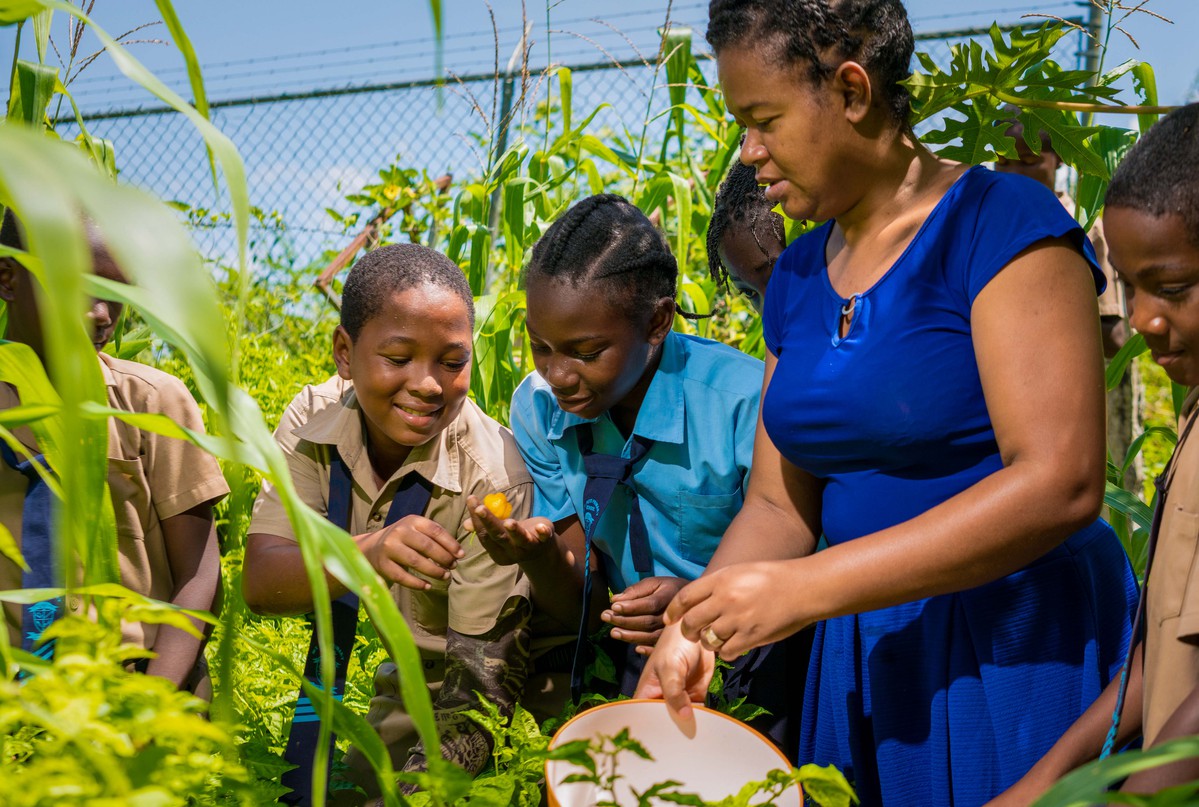