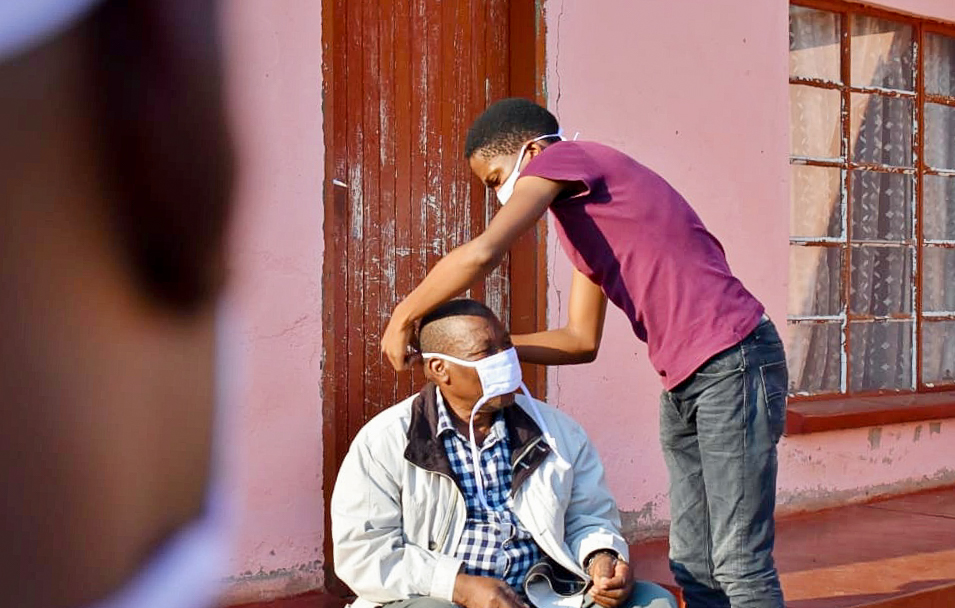 Johannesburg –  South Africa, with one of the world’s highest COVID-19 infection rates despite some of the toughest measures to contain the pandemic, could see overall GDP plunge nearly 8 percent this year, a new report by UNDP and other UN agencies in South Africa finds.

The assessment, which will inform policy and program responses, projects South Africa’s economy will recover slowly through 2024, with some 54 percent of households that have been pushed out of formal jobs at risk of falling into poverty. A return to pre-2019 economic activity may require at least five years without major, far-reaching interventions.

Older people, women, those with disabilities, and the less educated have been hit hardest, the report says, with 34 percent of households likely to exit the middle class. “Women, particularly in the poorest female-headed households, disproportionately bear the brunt of the impact of COVID-19,” the report says.

"Inequalities within and among nations are being exposed and exacerbated by COVID-19, as the poor and vulnerable are unable to protect themselves," said UN Resident Coordinator Nardos Bekele-Tomas. "While Government social protection grants tend to target the poorest, this study posits that care and support needs to be provided to those at the borderline of the poverty line, such as the vulnerable middle class, to reduce their likelihood of slipping into poverty."

The personal testimony of Khumbulile Thabethe, a single parent with three children, was a stark reminder of how the virus impact hits hardest on the most vulnerable ones. "I've had to prioritize food over winter clothing for my three kids. Lockdown started in the warmer months and as we moved to the colder months, I could not cope," she told the audience.

The assessment, released 19 August, was conducted through economic modelling and surveys by phones, text, and email in English, Zulu, Xhosa, Setswana, Sepedi, and Sesotho.

Under its “pessimistic” scenario—with a prolonged economic and social reopening and the pandemic lasting for 30 months—South Africa’s GDP could drop 7.9 percentage points in 2020, compared with pre-pandemic projections, and more than 80,000 people would lose their jobs. Under an “optimistic” scenario, GDP would likely fall 5.1 percent.

Sectors that will fare relatively better are those deemed essential, including the health sector, the food and agriculture sector, financial and insurance service sectors, and telecommunication services. Those hit harder include textiles, glass products, footwear, education services, catering and accommodation, beverages, and tobacco.

But COVID-19 also represents an opportunity for broad and lasting change to address social and structural flaw exposed by the crisis—such as inequality, extreme poverty, inadequate health services, high-levels of gender-based violence, and poor urban planning, the report says.

As of Friday, South Africa’s confirmed COVID-19 cases surpassed 600,000, despite one of the world’s toughest lockdowns. It now accounts for more than half of confirmed cases in Africa and nearly half its deaths, according to a tally by Reuters of WHO data. In March, President Cyril Ramaphosa announced a three-week lockdown with strict curbs on travel and movement, enforced by the military.

UN/UNDP recommendations to mitigate the pandemic in South Africa include:

On the ground in South Africa

At the country level, UNDP in South Africa is helping to address job losses by providing training and small and matching grants to micro and small businesses, with a focus on those owned by youth and women in the most vulnerable townships. UNDP is also partnering with the Water Research Commission of South Africa that will fast-track development and promote promising innovations in the water sector, expanding access to water and sanitation for people in South Africa and the rest of the African continent.

The South African start-up Ztlo Rewards, winner of UNDP and UNICEF’s Big Think Challenge, has pivoted to COVID-19 response through their “Stay Home, Keep Safe” initiative, allowing thousands of young people to gain real-world rewards for washing their hands, cleaning their homes, and caring for loved ones.