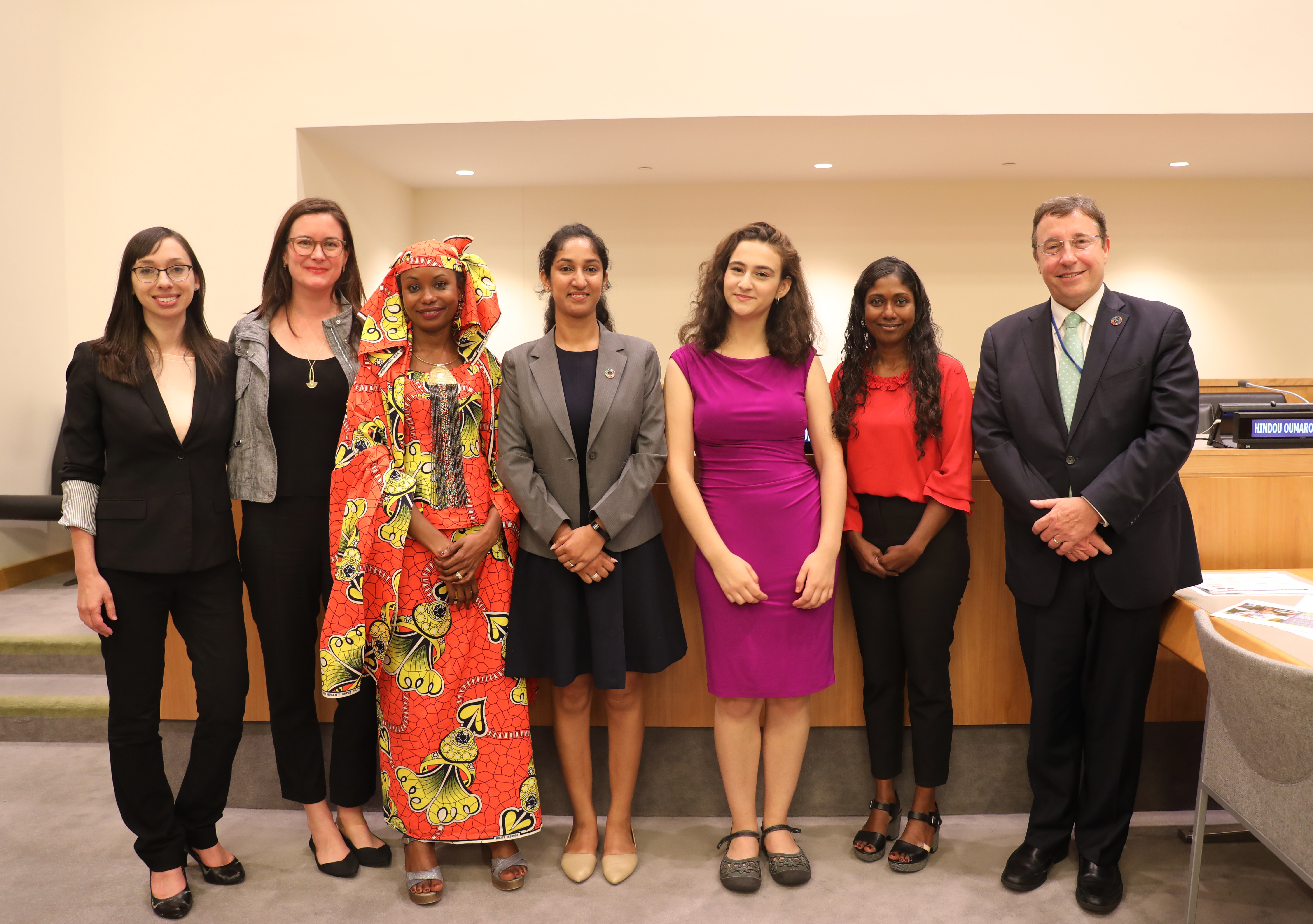 New York City, July 16 - On the side-lines of the UN’s High-Level Political Forum 2019, the UN Development Programme (UNDP) in partnership with the Alliance of Small Island States (AOSIS) welcomed a world known youth activist, a best-selling writer, a behavioural psychologist, an island ambassador, an indigenous peoples’ champion and a next generation urban planner, to discuss ideas on how to break the status quo and business as usual scenario that is currently preventing us from tackling climate change at the necessary scale.

“This evening,” he continued, “our debate is about what you have to do when you stop talking and start acting on climate change.”

Dr. Lisa Zaval, a behavioural scientist and researcher, pointed to the challenges in overcoming the status quo when people are predisposed to be resistant to change– the “status quo bias.”

“Human preferences, attitudes and beliefs are malleable,” she said. “But we are not rational decision makers, and that's why it is so important when coming up with solutions to changing the status quo on climate, we think carefully about how people actually make decisions.” One way to do that, she added, lies in how we present or frame information, “so as to diminish perceived losses and amplify the benefits of changing the status quo.”

Dr. Katharine Wilkinson, Vice President of Communication & Engagement at Project Drawdown, told the audience: “The climate crisis will break your heart. But your heart can just break, or it can break open and transform you - into an agent of courage and change. The truth is hard, but the truth can be transformational.”

The Maldives’ Ambassador to the United States as well as the UN, H.E. Thilmeeza Hussain, reflected on the growing threat that climate change is posing to her country. “Sitting here I cannot help but wonder what it going to happen to my nieces and nephews in the Maldives if we do not address climate change. The lives and livelihoods of future generations are at stake.” But there was hope, she added, citing as an example the Maldives transition to democracy as an example of the power people have to bring about huge shifts in behaviour.

Jamie Margolin, a 17-year-old high schooler and the Founder and Co-Executive Director of Zero Hour – the youth climate movement –  said that, for people of her age, knowing that life on the planet is “coming to an end as we know it” made it hard not to be cynical. “There is this impending dread and doom that there is nothing to plan for. The only logical action, therefore, is to do everything we can to fight climate change.”

Hindou Oumarou Ibrahim, President of the Association for Indigenous Women and Peoples of Chad (AFPAT). We need a change in the system, but to do that we need to engage the people far from New York.

Said that we had much to learn “from the people who do not have anything but are living through the impacts of climate change, they are the ones that know nature, and know that living in harmony with the earth is the most sustainable way forward.”

Focusing in particular on the effects of climate change in urban settings, Ms. Khyati Rathore, Architect and Global South Youth Representative for the official youth constituency of the UNFCCC (YOUNGO) said that climate change solutions had to also address social vulnerabilities amongst urban populations that “exacerbate” the impacts of climate change.

“There are fundamental flaws in our current system”, she added. “While some of us grow and develop some are left behind.”

Astrid Schomaker, Director for Global Sustainable Development at European Commission, said that climate action must focus on shifting of the economic model: “We must move away from the actual linear model to a circular economy.” Ms. Shomaker said that governments must put the framework conditions for this to happen, such us mandating products designs that are recyclable, reusable or manufacturable, as well as securing that consumers have the information to make the right choices. “Action is needed but action towards a different economic model, towards a circular economy, not just by anyone but by all of us, not just by targeting consumerism but also targeting the production side of the story.”

H.E. Lois Young, the Chair of AOSIS and Belize’s Ambassador to the UN, said in closing remarks that AOSIS had been “advocates for high ambition on climate for a long time.” But, she added, “that has meant we have had to face formidable challenges. We have confronted the status quo, but it is like climbing Mount Everest. Everyone knows that we cannot have business as usual. There has to be some kind of disruptive change. Where it is going to come from I don't know, but I was heartened to hear some of the ideas from the panel tonight.”