LEGATHON: Hack Corruption. Law to the People selected its winners: the best ideas will help to flag up corruption-generating laws

The National Anticorruption Center (NAC) will have soon a platform which will allow to flag up corruption-generating laws. Several proposals for this platform’s interface were developed by the participants attending the LEGATHON: Hack Corruption. Law to the People. The best ideas were awarded today, November 10, by the jury.

The event was organized during 8-10 November and gathered 30 young people. Divided in six teams and guided by IT specialists and anticorruption experts, the participants worked for three days on their own projects for an interface of NAC platform, through which any citizen will be able to report the legal provisions which generate or might generate corruption. During the last day of the event, the teams presented the platforms they have developed and explained their choice for the architecture. The jury members assessed the proposals based on criteria related to creativity and innovation in design development, accessibility, user-friendliness, and other.

The members of the winning team – “Racheta” noted that they aim to offering a solution through which all citizens, who are direct beneficiaries of normative acts, would have access to a tool for rectifying laws, so ss they really serve the public interest. “Whenever there is a law with ambiguous content, the public servants have the possibility to ask for a bribe, to tergiversate to process, to increase the number of requested documents,” said Pavel Spătari, one of the team’s members.

Lidia Chireoglo, NAC Deputy Director, welcomed youth involvement in preventing corruption. “We are so glad that you have acknowledged how serious corruption is and what consequences this phenomenon brings in every area – education, health, economy. Your involvement is very important for totally eradicating this phenomenon from our society”.

Olga Crivoliubic, UNDP Project Manager, mentioned: “Youth involvement and promotion of innovative ideas for preventing corruption are among UNDP’s objectives. Your ideas will help to come up with laws focused on citizens and public interest, which would also contribute to preventing corruption. I am sure that after attending this innovative event, you will get involved even more in preventing this negative phenomenon”.

The interface developed within LEGATHON: Hack Corruption. Law to the People will allow citizens, private sector and civil society to flag up laws or normative acts containing ambiguous and interpretable provisions, which may generate corruption. The legal documents will be reviewed by the NAC so as to identify the corruption risks and suggest modifications.

LEGATHON: Hack Corruption. Law to the People is organized under the “Curbing corruption and building sustainable integrity in the Republic of Moldova” project, implemented by UNDP in partnership with the National Anticorruption Center and People’s Advocate Office, with the financial support of the Norwegian Ministry of Foreign Affairs. The project is implemented during 2019-2021 and contributes to enhancing the capacities of stakeholders from public and private sector, as well as of the civil society organizations to efficiently implement tools and standards for preventing corruption. 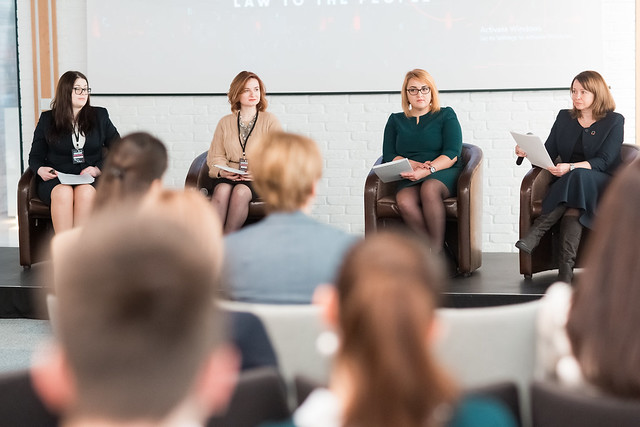