The Republic of Mauritius is still heavily reliant on fossil fuels to meet its demands for electrical energy. As per the Renewable Energy 2030 for the electricity sector for Mauritius, in 2018, 79.3% was generated from non-renewable sources, principally petroleum products and coal and 20.7% from renewable sources, mainly bagasse, hydro, wind, landfill gas and solar. The need to integrate more and more renewable energy in the electrical energy mix has long been recognised by the Government of Mauritius and streamlined in relevant national policies.

UNDP is assisting Government of Mauritius in the implementation of the Green Climate Fund (GCF) “Accelerating the transformational shift to a low-carbon economy in the Republic of Mauritius” project. The USD 28 million grant (coupled with more than USD 162 million of co-financing) is assisting the Government of Mauritius to meet its target of using renewables to supply 40 percent of the country’s energy needs by 2030 through technical interventions on the electricity grid (to increase the grid absorption capacity) and through a subsidised approach to deployment of PV technology that will help democratise access to rooftop PV systems. This is part of a broad national strategy to reduce the country’s dependence on fossil fuels, to enhance energy security and climate change mitigation, democratise access to clean and affordable energy and to improve the country’s balance of payments.

The objectives of the GCF project will be achieved by removing bottlenecks to deployment and scale-up of renewable energy in Mauritius. The Project comprises three components and is structured in two phases and the Responsible Party (entity with delegated execution responsibilities) for each component is as follows:

Component 1: The necessary framework for further deployment of renewable energy will be put in place through the strengthening of the institutional capacity of the Mauritius Renewable Energy Agency (MARENA). The MARENA was set up in 2015 with the mandate of promoting the development and use of renewable energy. The Utility Regulatory Authority (URA) will also benefit from project resources through the provision of a Management Information System and capacity building activities. MARENA and URA fall under the purview of the Ministry of Energy and Public Utilities.

Component 2, Phase 1: The project will fund state of the art technology which will allow the national electricity grid to accept extra 125MW of intermittent renewable energy by the end of Phase 1. More specifically, the project will fund the improvement of the Automatic Generation Control (AGC) system of the CEB and the acquisition of 18MW of Battery Energy Storage System (BESS) which will allow the grid to increase it absorption capacity of intermittent renewable energy from 60MW to 185 MW.

Component 2, Phase 2: Total of 25 MW of rooftop PV capacity will be added and connected to the national grid. Low income households, NGOs and public authorities will be provided with partial grant through the project funds to acquire small scale grid connected PV systems.

Component 3: Hybrid PV mini-grids with generation capacity of 300 kW will be installed on the island of Agalega covering three villages. This will reduce the dependency of the island on diesel fuel (shipped from Mauritius) and will enable the island to further develop its economy

Eating the same food resources and occupying the same habitat as native geckos, the Madagascar giant day gecko is also a direct predator. Mauritius’ unique biodiversity evolved in the absence of…

Through a EUR 1 million grant The European Union will enable the artisanal fishers of the islands of Mauritius and Rodrigues to be more economically resilient. The project will: 1. Enable…

Coral reefs are the foundation of food security and coastal livelihoods in Mauritius and Seychelles. Both artisanal fisheries and the tourism industry are strongly associated with the amount of live… 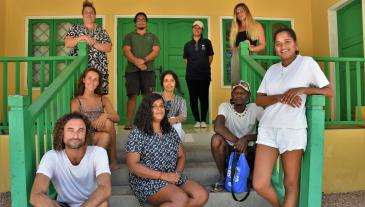 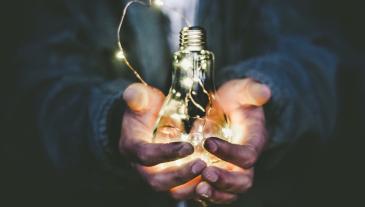 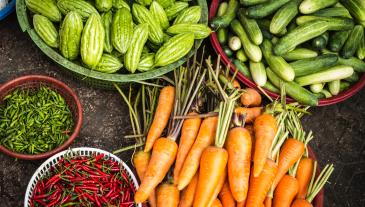