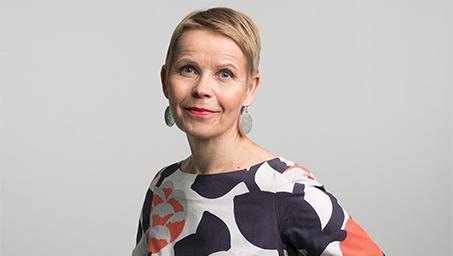 Maria Suokko (Finland) was appointed UNDP Resident Representative for Kosovo and assumed her duties in June 2019. Prior to this, Ms. Suokko was Senior Adviser in the Ministry for Foreign Affairs (MFA) of Finland in Helsinki, 2017-2019. She also served as Head of Cooperation for the MFA of Finland in Myanmar (2014-2017) and Senior Adviser in the Finnish MFA (2012-2014). Her experience with the UN Development Programme (UNDP) includes Programme Specialist at the Regional Bureau for Asia and the Pacific (2006-2010), Assistant Resident Representative (Team Leader for Environment & Energy) in China (2001-2005), Environmental Programme Manager in Cambodia (2000-2001), and Programme Officer in Thailand (1998-2000).
She holds a Master’s Degree in Social Sciences (Economics/Public Finance) from the University of Helsinki. She speaks Finnish, Swedish, English, as well as some German and French.