About UNDP in Kenya

UNDP began operations in Kenya in November 1964. UNDP was at the time known as the Technical Assistance Board (TAB). The Resident Representative of the TAB, Mr. Chidzero, signed on behalf of other agencies for the commencement of operations in Kenya.

The Country Programme is closely aligned to the Government of Kenya (GoK) Second Medium Term and UNDP's Strategic Plan. Our programmes are designed to address the interlinked issues of poverty, inequality and exclusion towards achieving sustainable and inclusive economic growth.

Decisions are made by the Resident Representative on the side of UNDP and by the Minister for Finance from the part of the Government.

The 2018-2022 UNDAF has been developed according to the UN principles of 'Delivering as One' (DaO), aimed at ensuring Goverment ownership, demonstrated through UNDAF’s full alignment to Goverment priorities and planning cycles, as well as internal coherence among UN agencies and programmes operating in Kenya.

Developed under the leadership of the Government, the UNDAF reflects the efforts of all UN agencies working in Kenya and is shaped by five UNDG programming principles: Human Rights-based approach, gender equality, environmental sustainability, capacity development, and results-based management.

The United Nations Country Team, under the leadership of the UN Resident Coordinator, is responsible for the implementation of the UNDAF. Under the DaO “One Leader” approach, the Resident Coordinator and the UN Country Team are responsible for the oversight of the Results Groups, the Operations Management Team and the Country Communications Group. The National Steering Committee oversees directly the One Budgetary Framework and Programme.

From waste to wealth 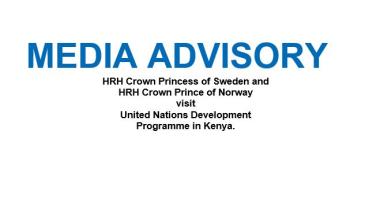 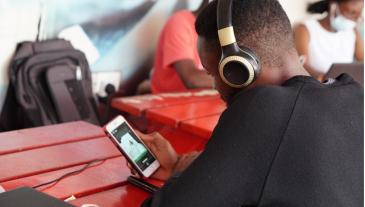