The Indonesian coastal village of Pegagasan offers a picturesque view found in many tourist postcards. Every morning, hundreds of fishermen tether their traditional wooden boats on the shore, as the sun emerges from the horizon, with the morning rays floating over the vast expanse of  clear blue waters.

But Pegagasan village offers more than just a pretty view.  Lying on the southern coast of Madura island, the village is home to some of the largest Blue Swimming Crab cultivating communities. As the day dawns, hundreds of fishermen bring their catch  to cooking stations owned by crab collectors, locally known as 'suppliers'.

At these cooking stations, BSC are steamed and distributed to several mini plants spread throughout the island.

Many of these cooking stations are managed by women like Adaifah. 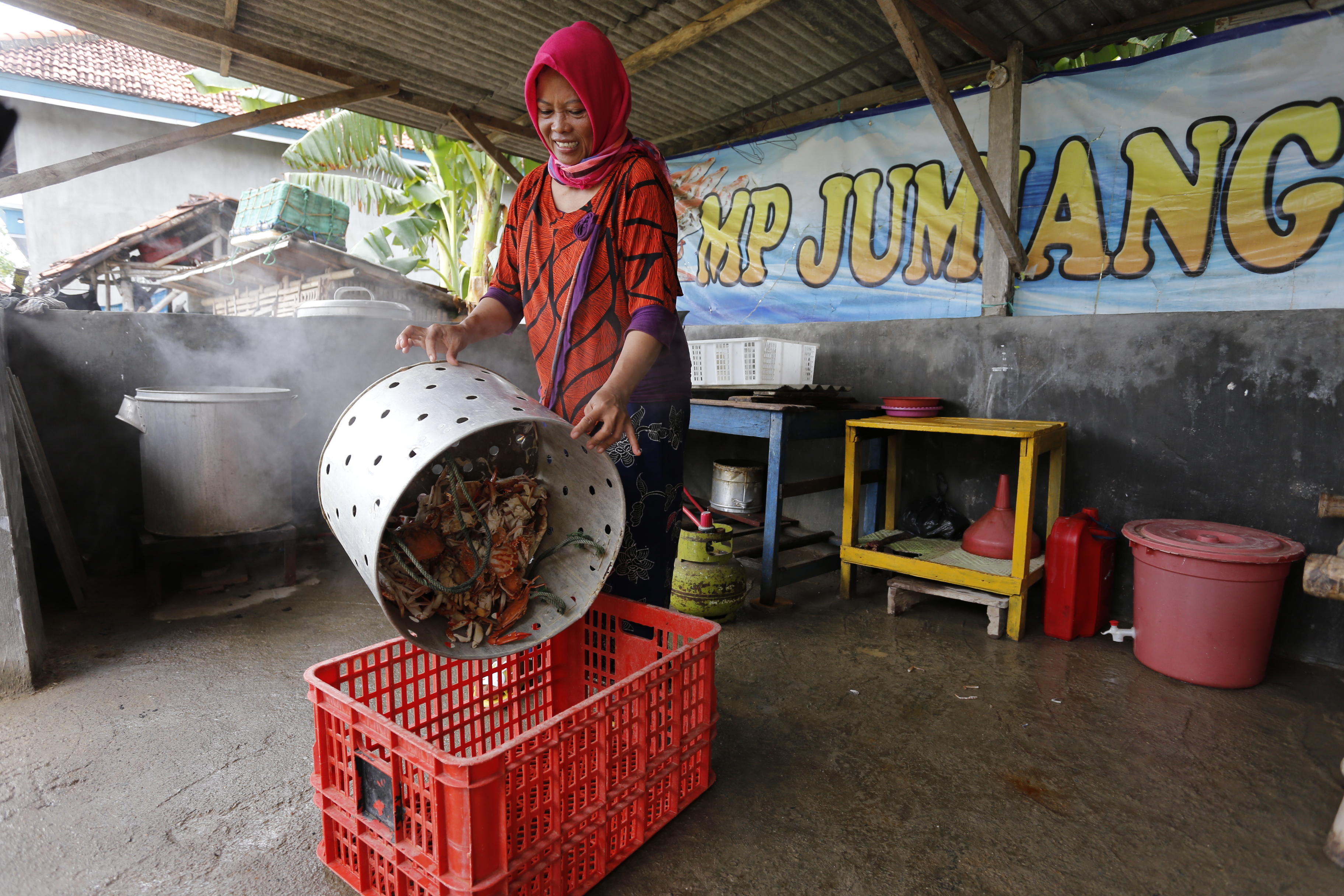 The 41-year old Mother of three is in charge of inspecting and sorting out the crabs for further processing. The data includes the names of fishers and the total number of their catch. She also records the types of fishing gear used to catch the crabs. She reports all data to the mini plant owner. This reporting is a central part of a system called 'Control Documentation' initiated by Asosiasi Pengusaha Rajungan Indonesia (Indonesian Blue Swimming Crab Association (APRI), with support from UNDP.

This system was developed to ensure traceability of BSC meat from Indonesia. Almost 90% of blue swimming crabs from Indonesia is exported -- mainly to the U.S. market.

To maintain the sustainable production of BSC she only accepts those of a specific size and condition. "I do not accept small-sized crabs less than 10cm in length, or female crabs that are bearing eggs.,” she said adding  "In the past, many fishermen were angry because I did not receive small crabs. I felt sorry for them. However, slowly, they  accepted the rules ", she explained. "Now most fishermen understand the rules, though sometimes they still bring one or two small-sized crabs, but the numbers are far less than before."

In 2016, the Indonesian Ministry of Maritime Affairs and Fisheries established the minimum size of blue swimming crabs that are permitted for capture. According to the regulation, only crabs with a carapace measure of at least 10 centimetres in width, are allowed to be caught. Fishermen are also barred from catching egg-bearing crabs. This regulation was issued to maintain the sustainability of crab stocks in their natural habitat. 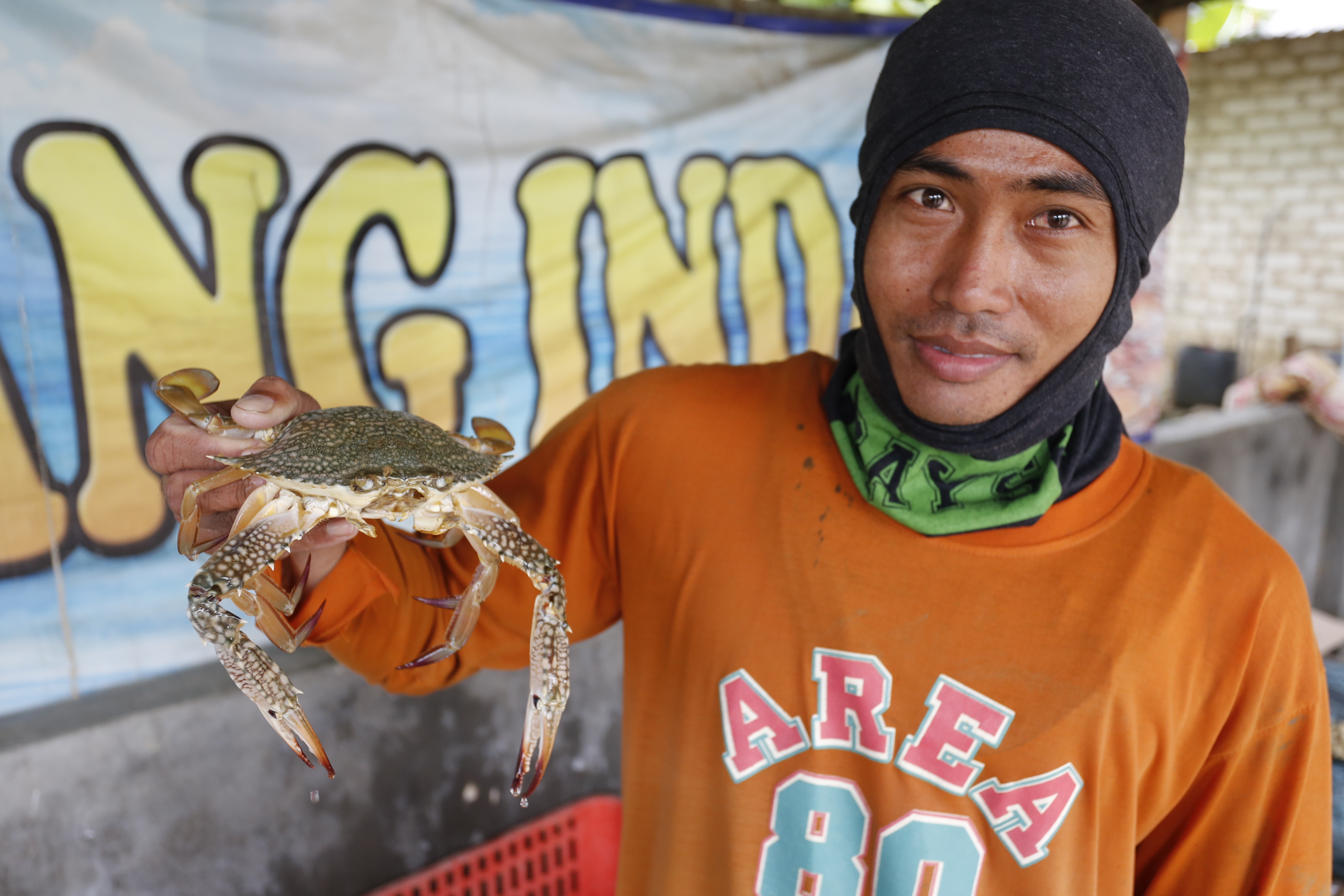 According to Adaifah, up to 40 crab fishermen come to sell BSC to the cooking station every day. In the peak of the Rajungan catching season—between March and July—she can work all day long from 8 am to 3 pm, due to the abundance of the catch. "During the peak season, I can accept up to 80 kilograms of crabs daily", she adds.

For Adaifah, ensuring that the process is carried out sustainably has become the core of her daily work. 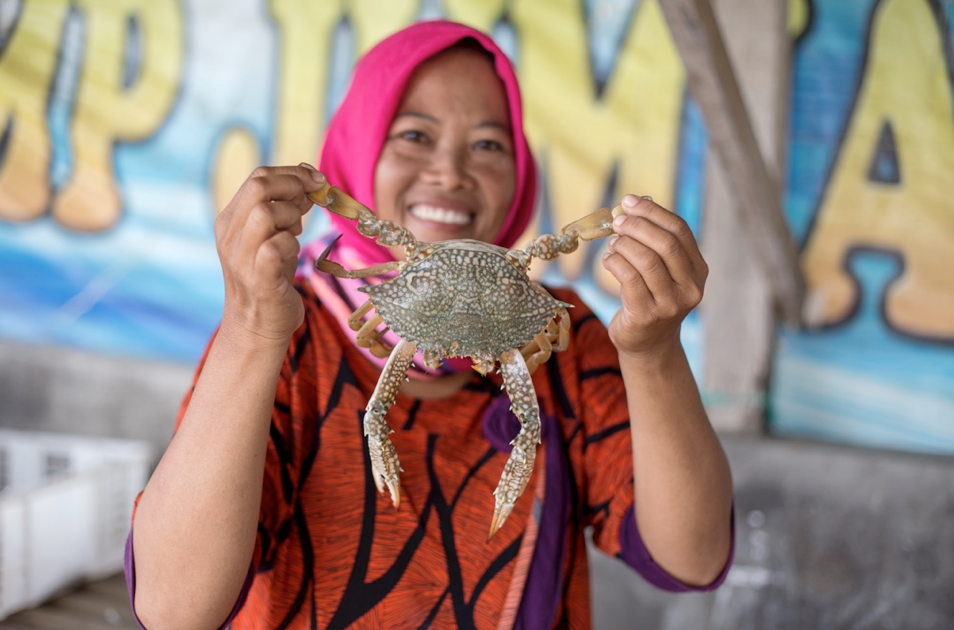 "Nature does provide us resources, but it depends on how wisely we use it," she said. "Hopefully, my work will benefit the fishermen as well as my family. I am sure the blue swimming crab industry can continue to provide a livelihood for many people."

Adaifah is one among many women in the Indonesian BSC fisheries supply chain who are champions in achieving sustainable national fisheries industry targets. 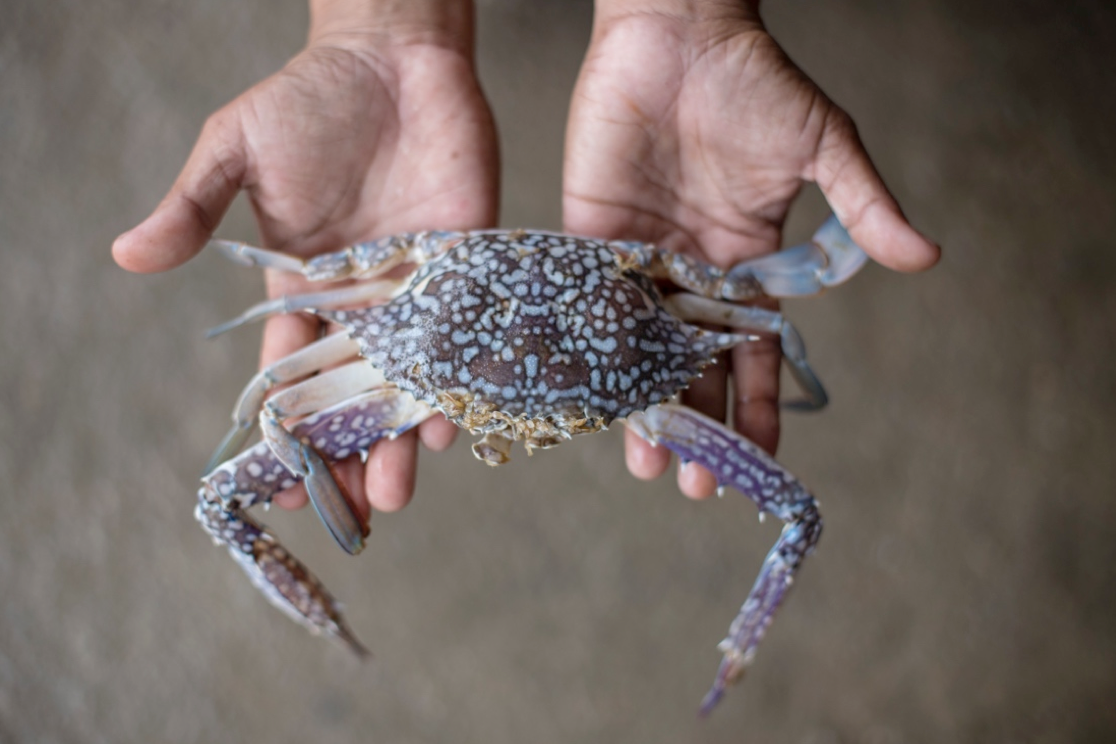 “Blue swimming crab fishery involves various  stakeholders in its  supply chain, including at least 90,000 fishermen and 185,000 women who are involved in crab cooking stations and miniplants,”said Aik Wulandari of APRI. “The success of the industry’s effort to continuously improve sustainability of these fisheries through Fisheries  Improvement Project (FIP)  lies in the enormous contribution of our partners like Adaifa”

“Adaifah’s story provides a clear example of the importance of women’s role in fisheries and recognises the need to  address gender issues in fisheries. To effectively improve sustainability of fisheries, gender equality must be continually promoted in the  fisheries supply chain.” said Sri Yanti  Director of Marine Affairs and Fisheries at the BAPPENAS (Ministry of National Development Planning). Her ministry, alongside UNDP, through GEF’s Global Marine Commodities project provides support to the Indonesian Blue Swimming Crab Association (APRI) to accelerate improvements in the crab fisheries of Indonesia.

“Strengthening the role of women and promoting gender equality in the fisheries sector  are aligned with the policy direction of Indonesia’s 2020-2024 mid-term national developmentplanning,” adds Sri Yanti

Jakarta, 10 March 2021 — At least 42 percent of surveyed Indonesians have reported experiencing some form of gender based violence (GBV) during the ongoing COVID-...

Marking International Day of Women and Girls in STEM; Meet our own scientist, engineer and mathematician

--- Image caption ---Jakarta, February 11 – There is always a million reasons to celebrate the great cause of science to humanity and the advent women’s leadershi...

Photo by Ezra SanggenafaFor years domestic violence survivor Mama Heni (not real her name) would run to the forest in Indonesia’s eastern province of Papua and hu...

Nurul Latifa was among 16 women who were invited to the palace by the President to celebrate International Women's Day 2019Jakarta, March 8 – Once battered and br...

Shaping the Future: How Changing Demographics Can Power Human Development