UNDP in The Gambia

Who are the decision makers?

Ms. Aissata De is the current Resident Reprentative. Ms. Nana Teiba Chinbuah is the Deputy in charge of Programmes and Operations, and Ms. Fatmata Lovetta Sesay is the Senior Economist.

UNDP Resident Representative in The Gambia

Ms. Aissata De, UNDP Resident Representative in The Gambia has more than 20 years experience with the UN and UNDP in the areas of governance, gender, electoral assistance, security sector reform, rule of law, human rights, recovery and reintegration. Ms. De served in Senegal, Mozambique, Cambodia and later led UNDP election support in DRC as the Senior Elections Advisor (2005-2008). She also served as Deputy Country Director-Programme in Burundi and Côte d’Ivoire and worked at Headquarters as Regional Advisor/Cluster leader for Central Africa in the Country Oversight Team at the Regional Bureau for Africa (RBA). She worked in three countries with DPKO/DPA missions during the last decade.

Nana Teiba Chinbuah brings in over 18 years of working experience in inclusive and sustainable national development, resource mobilization, developing and managing projects and programmes, providing advisory services and socio-political analysis to facilitate innovative responses to emerging development challenges.
Prior to joining us in The Gambia, Nana was the Programme Specialist and lead the Democratic Governance and Peacebuilding Cluster in UNDP Ghana. She previously worked as a management consultant with most of the major development partners including Department for International Development (DFID) and the Royal Danish Embassy (DANIDA) and all of the key national institutions in Ghana.

Nana believes strongly that when you focus on solutions and remain principled whiles working collaboratively, then you can always expand what little good exists to overcome any challenge. She holds a Juris Doctor from the University of Virginia School of Law (2003, USA) and a BA in Business Administration and Economics from Principia College (1999, USA).

Fatmata was the Economics Advisor and Head of the Strategy, Policy and Capacities for Economic Management (SPACE) team at UNDP in South Sudan. She was responsible for economic research, strategy formulation and implementing national development plans to solve economic problems, especially as they relate to the Sustainable Development Goals (SDGs). She monitored economic policy development and advised the UN Organizations in South Sudan and its partners on strategic policy issues and contributed to UNDP’s policy dialogue with Government and donors. Her achievements in South Sudan include; leading the preparation of the National Development Strategy (NDS), strengthening public financial management, domestic resource mobilization and supported capacity of the legislative assembly for budget oversight; establishing a team of 12 South Sudanese Economic Governance Analysts based in all the regions in the country; supported the production of economic and social statistics in collaboration with the National Bureau of Statistics and led the preparation of the development finance assessment for the INFF roadmap. She led research teams undertaking studies on investment opportunities, external debt stock, humanitarian assistance and Statebuilding. She also led the establishment of a research collaboration with the school of economics at the University of Juba to help increase economic research in South Sudan.
Before her assignment with UNDP in South Sudan, she was the Regional Policy Advisor on Women’s Economic Empowerment for UN Women East and Southern Africa Regional Office. Here, she initiated a partnership with the IMF Africa division that led to the development of a training course at the IMF Africa Institute in Mauritius on Gender and Macroeconomics. She worked as an MDGs Adviser for UNDP in New York supporting countries in Africa to prepare MDGs needs assessments and costing
She has made significant contributions to a handful of UN publications such as the National Human Development Reports, papers assessing the impact of the MDGs for women’s empowerment; project and programme assessments for various UN Agencies, development partners and national governments; and national development plans across Africa and the Caribbean, with cross-country experience in Botswana, Ethiopia, Haiti, Kenya, Liberia, Sierra Leone, Saint Maarten, Sudan, South Sudan, Timor-Leste, Uganda, Mano River Union countries and Zambia. She has also worked in the Africa Section in UN Women New York as Programme Specialist, supporting the Africa portfolio in 19 country offices and often acted as OIC. She oversaw a budget of over USD 20 million.
She has taught courses and facilitated workshops/ trainings for senior policymakers at UN training institutions such as ITC/ILO and the UN African Institute for Economic Development Planning (UNIDEP). She was also an invited speaker at a high-level research seminar at the International Monetary Fund in Washington, USA. Prior to joining the UN, she worked as an International Consultant providing services to a range of institutions such as the UNECA, several UN agencies, development partners and national governments. She has worked as Senior Economist in the Ministry of Finance and Office of the Vice President in Sierra Leone, building expertise in social data analysis, national strategic frameworks, national budget preparation and policy formulation. Before working as a consultant, she was a research fellow at Oxford University.
Fatmata holds a PhD in Development Economics (Ludwig Maximillian University, University of Munich, Germany), an MSC in Law and Economics (Utrecht University, the Netherlands) and a BSC degree in Education and Economics (University of Sierra Leone). Fatmata is married with three children, and she enjoys dancing and sports! 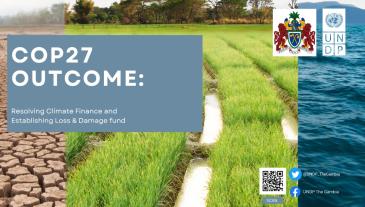 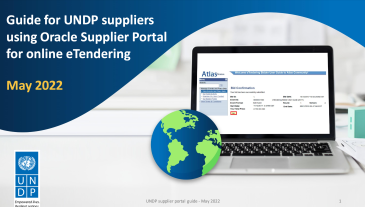 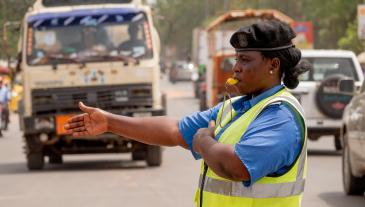 Making Community Policing A Priority In The Gambia 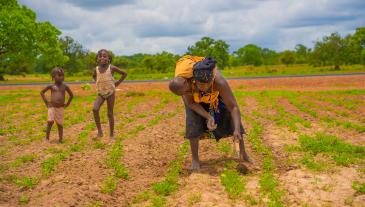 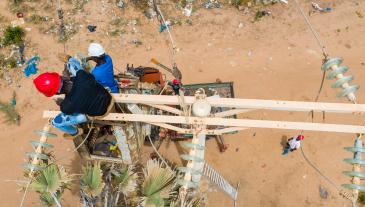 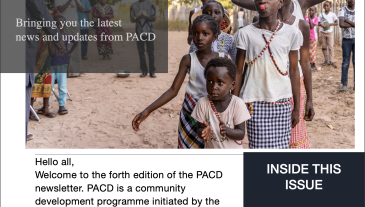