From Russia to Tajikistan: Changing the Way Money Moves

Citizens of Tajikistan rely heavily on remittances. A lack of job opportunities means that up to 1 million (out of a population of 8 million) migrate elsewhere for work, mostly Russia.

Until 2014, the share of remittances made up around 43 percent of the national GDP, roughly US$4 billion a year.

The global recession and the depreciation of the Russian and Tajik currencies against the US dollar has since caused a sharp decline in remittances. But its share is still significant at 20-25 percent, as labor migration continues to be attractive.

When we visited Tajikistan to speak to the people who provide and use remittance services, we found that Tajikistan is an underbanked country. An estimated 70 percentof the population doesn’t have formal banking accounts and instead relies on non-bank services like MTO’s (money transfer operators; money transfer shops) for domestic and international payments.

And an IFC report suggests that:

·         20 percent of users are unsatisfied with international remittance services and spend an average of 39 minutes collecting their money;

·         69 percent of respondents wants to use digital finance options for everything.

Obviously there is a large potential for new services that can improve access to finance for everyone in Tajikistan.

On our minds was the blockchain technology, which is a type of distributed ledger or decentralized database that keeps records of digital transactions without having a central administrator (think banks, governments, or accountants) and visible to anyone within the network. 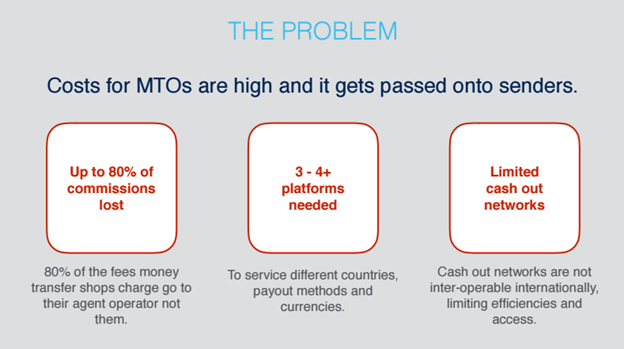 This is what we wanted to find out with our partner BitSpark company, the world's first cash in, cash out blockchain remittance platform.

Some of the fees in the traditional methods of remittance can vary from a very competitive 1 percent to a higher 3 percent in fees and a variable fee on the exchange rates of around 0-2 percent. This results in the common migrant worker paying the equivalent of about US$5 per transaction (on an average US$250 remittance) but this also does not factor in the last mile costs. To pick up the money, the family may need to send a taxi to the nearest town, who will hand over their bag of cash. Or the money transfer shop may have run out of cash for the day to pay over the counter at collection, meaning a costly wasted trip. The lack of a digital payment system means unseen costs add up.

Comparatively, Bitspark’s fees are decided by its customers and the money transfer shops. The fees are approximately 1 percent, with the possibility to receive payment digitally (i.e.using a mobile phone digital wallet), eliminating ‘last mile’ costs.  With this system, the average migrant worker can save 50 percent on their transfer fees which over time, adds up to a lot and means more money in the local economy. 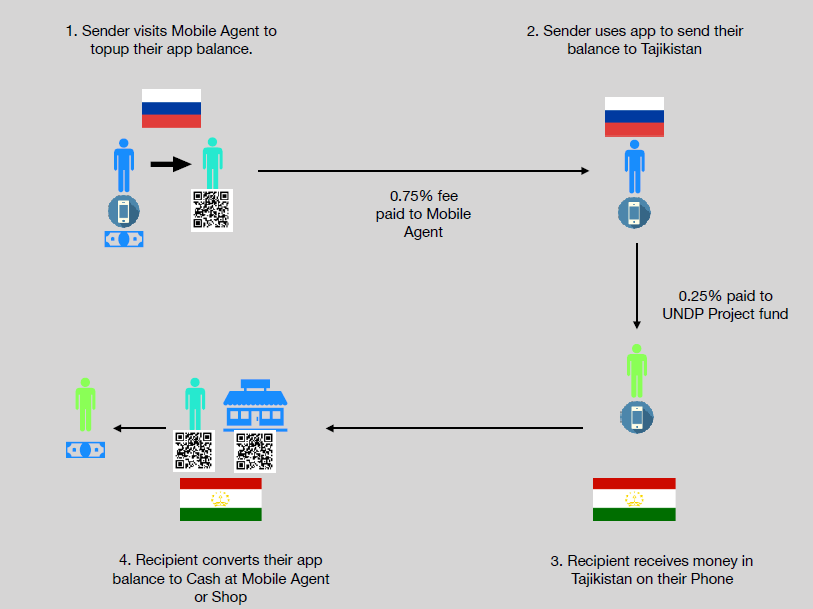 Using a Blockchain-based system for money transfers would enable businesses to reduce their capital requirements, improve their oversight of payments, and enable regulators a more detailed oversight over KYC (know your customer) information. But most importantly, for the end user this ultimately results in lower costs, faster payments, and more coverage to unbanked areas of the country.

With this pilot project UNDP AltFinLab hopes to leapfrog the financial sector in a country where 70 percent of the people doesn’t even have a bank account. Can money transfer using blockchain be that change for good?