In September 2021, Ms. Alissar Chaker was appointed as Resident Representative of the United Nations Development Programme (UNDP) in the Kingdom of Cambodia.

Previously, she held various management positions with UNDP in crisis, post-crisis, and complex development contexts. Ms. Chaker served as Deputy Resident Representative in Tunisia (2019-2021) during the COVID-19 pandemic, amidst a complex and uncertain political context and social unrest that risk to undermine post-revolution democratic gains. She focused with the UNDP team on promoting a system approach to strengthen trust in institutions and in communities, and to facilitate with national partners a more just, greener, and more resilient post-COVID-19 recovery on par with democratic transition.

She also served as Deputy Resident Representative in Honduras (2016-2019), a country plagued by high crime rates, during an acute political crisis and several waves of mass migration. During her tenure, she provided strategic and technical support to the UN-sponsored national political dialogue and the implementation of the 2030 Agenda for Sustainable Development, including localization of the Sustainable Development Goals (SDGs) through private initiative. Before her time in Honduras, she acted as Deputy Country Director in Syria (2013-2015) during the peak of the humanitarian crisis and forced internal displacement. She led the team in the promotion of livelihoods generation, access to basic services and socio-economic resilience of internally displaced people (IDPs) and their host communities, with special attention to vulnerable groups.

Ms. Chaker also served as Regional Coordinator for Crisis Prevention and Recovery at the Regional Center in Cairo (2012-2013), where she advised ten governments and country offices during the complex context of the Arab Spring on planning and capacity development for conflict and disaster prevention and recovery, humanitarian response, and social cohesion. She coordinated the elaboration of the first post-revolution country programme for UNDP Libya in close consultation with the UN Support Mission in Libya (UNSMIL).

From 2007-2012, she acted as Assistant Country Director in East Timor, the first new sovereign state of the 21st century, which was marked by internal displacement and recurrent outbreaks of violence. She was responsible for the Crisis Prevention and Recovery Unit and contributed to the development and implementation of the national recovery strategy, namely, its pillars on socio-economic reintegration of IDPs and conflict management in return communities, and security sector reform, in close partnership with the UN Office for Coordination of Humanitarian Affairs (OCHA) and the UN Integrated Mission in East Timor (UNMIT).

She first joined UNDP in late 2005 within the framework of the highly competitive UNDP Leadership Development Programme (LEAD) for young professionals. As part of this programme, she began her career with UNDP as Programme Specialist posted to the UNDP-administered United Nations Volunteers (UNV) Programme in Bonn, Germany (2005-2007), where she contributed to conflict prevention and social inclusion in Central and Eastern Europe and disaster risk management in Bhutan, India, and Nepal, through strengthening youth engagement and national volunteer infrastructure.

Before she joined UNDP, Ms. Chaker worked in the field of environment and sustainable development with several international organizations, including the World Bank, the Swiss Agency for Development and Cooperation (SDC), the United Nations Institute for Training and Research (UNITAR), and the European Union, in Switzerland, the Middle East, and North Africa.

Ms. Chaker holds two master’s degrees in Engineering and Environmental Management from the École Polytechnique Fédérale de Lausanne (EPFL) in Switzerland and the University of Manchester in the United Kingdom, and a first degree in Agricultural Engineering from the American University of Beirut (AUB). She published several scientific articles and has been serving for more than ten years on the Editorial Board of the scientific journal "Environmental Impact Assessment Review" (Elsevier).

Ms. Chaker is fluent in Arabic, English, French, and Spanish, and has knowledge of German, Italian, and Portuguese.

Prior to this, Ms. Sonali Dayaratne was a Policy and Design Specialist at UNDP Sri Lanka. She led the Governance and Peace Building team from 2018, including on the design of a Flagship Portfolio on SDG 16 on Peace, Justice and Strong Institutions for which USD 25 million is in the hard pipeline. She was also UNDP's co-lead on technical assistance for implementing the SDGs at national and sub-national levels. In 2019, Sonali was seconded as part of an ADB/UNDP technical assistance team for formulation of the National Development Plan for the Maldives. She also managed the formulation of the Sri Lanka National Human Development Report 2014 on Youth and Development, which received a UNDP global Human Development Report award.

Sonali was Deputy Programme Manager of UNDP Sri Lanka's US$ 43 million flagship Transition Recovery Programme, during and after the armed conflict from 2007-2013. In 2006, she assisted the Ministry of Disaster Management and Human Rights in Sri Lanka, to establish a Human Rights Unit. In 2004/5, Sonali was a Technical Adviser and Associate Project Manager for UNDP's Strengthening the National Assembly of the Lao PDR Project. She was also engaged in UNDP Sri Lanka's Invest-in-Peace Project (2003/4), as well as with law practice in Sri Lanka (1999-2002).  Prior to this, she worked intermittently with non-government organizations on legal and policy reforms. 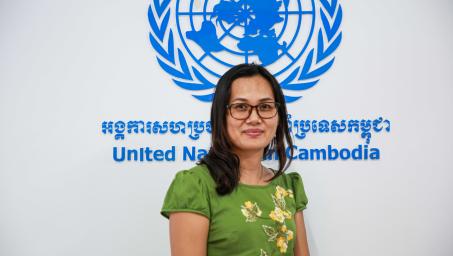 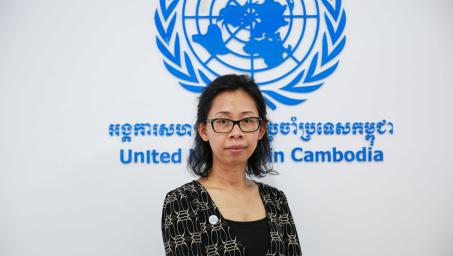 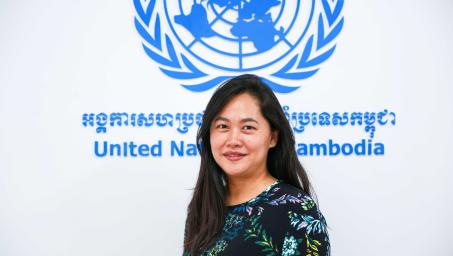