Why does the UN focus on climate-related security risks? 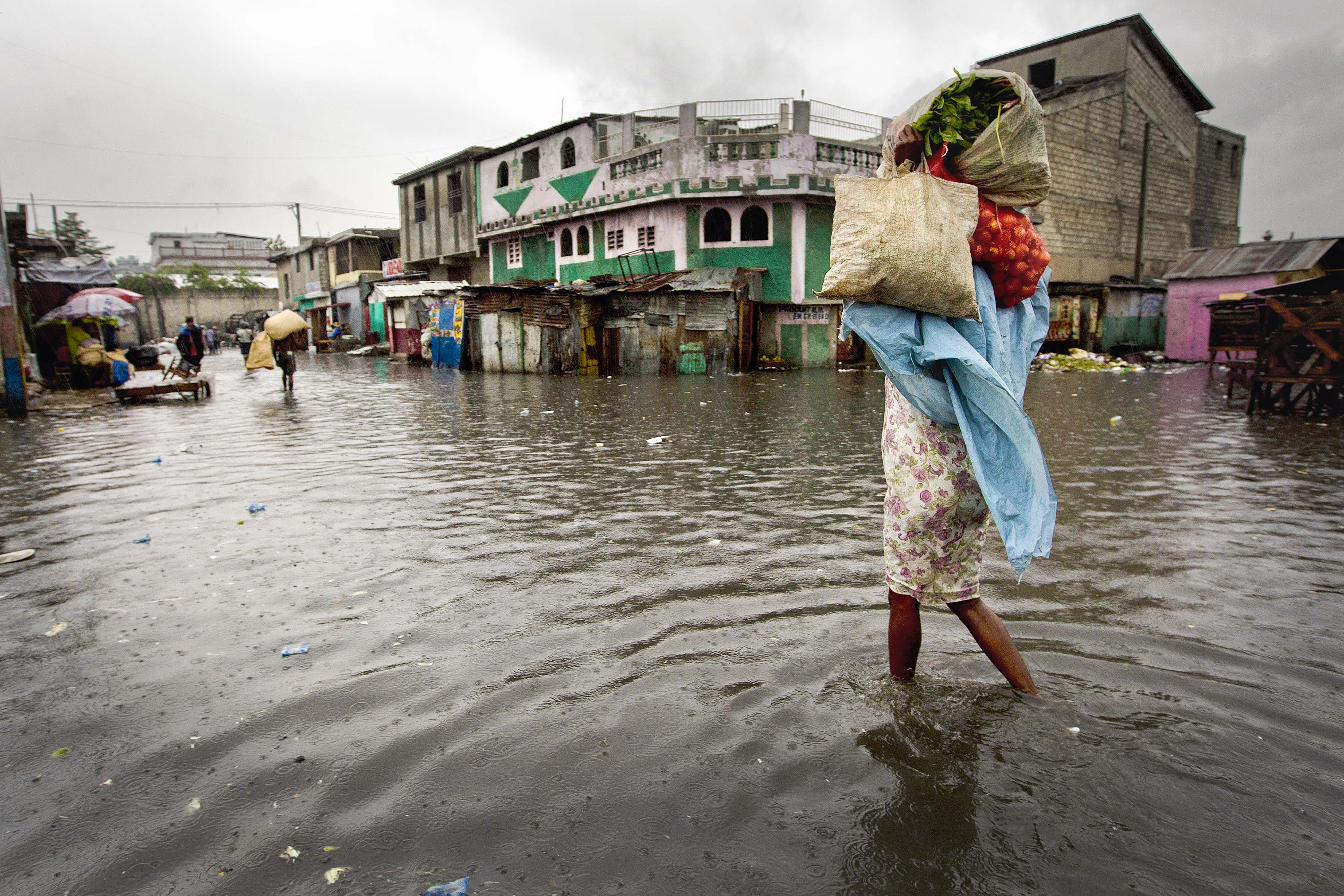 Small island nations are already feeling the effects of climate change and much higher levels of poverty are likely as a result. Photo: UNDP Haiti

Against the backdrop of growing climate-related disasters, the UN is increasingly investing in addressing the climate crisis and strengthening resilience against the threat of climate change. Ulrika Modeer writes about the new climate challenges.

The climate crisis as a multifaceted threat to human security

Climate-related disasters and extensive conflicts are on the rise and they affect human security and sustainable development. When climate change and other conflict drivers converge, the consequences for individuals and communities can be devastating.

UNDP works towards long-term sustainable development. Conflict prevention, climate change mitigation and adaption are central to our mission. With a presence in 170 countries, we see first-hand how climate-related security risks undermine our efforts to achieve the 2030 Agenda Global for Sustainable Development.

The cost of climate disasters equals all development cooperation

In 2018 we experienced some of the worst and most costly climate-related disasters in decades. Munich Re, a global reinsurance and risk management company, estimated that the cost of droughts, floods, storms, landslides and fires at around US$145 billion. Ironically, this is as much as the total sum of global aid in the same year.

The consequences of climate-related disasters are not only economic. Extreme weather damages infrastructure but also triggers displacement, worsens livelihood opportunities, and increases food and water insecurity. Achieving the 2030 Global Goals is undermined by these increasingly devastating and interlinked disasters.

According to a 2017 report by the World Food Programme, climate hazards were a major trigger of food crises in 23 countries and pushed some 39 million people into acute food insecurity. In this year's Global Risk Report, the World Economic Forum ranks environmental threats and extreme weather at the very top for the third consecutive year.

The most vulnerable in drought-stricken areas are worst affected

Climate change has increased competition for land and water in already drought-stricken areas such as the Sahel and Sudan. This fuels tension between herders and farmers. In the Lake Chad Basin, climate change contributes to unpredictable rainfall that impedes traditional livelihoods, compounds socio-economic exclusion, and makes joining armed groups seem more attractive.

The World Bank estimates that without serious climate action, more than 140 million people in sub-Saharan Africa, South Asia and Latin America will be internally displaced by 2050, putting significant pressure on already vulnerable populations and cities.

It’s for this reason that the UN and the Security Council have started to pay increasing attention to climate-related security risks.

At UNDP we observe daily how climate change contributes to uncertainty and conflict.

What is needed to prevent this negative development?

Ambitious climate measures are possible. We have enough data and resources but need to focus and prioritize.

The latest report by the Intergovernmental Panel on Climate Change shows that we must act within the next 12 years to avoid crossing the threshold that will lock the world into warming of more than 1.5C. It requires leadership, increased commitment and more action. If we fail, we will experience more droughts, floods, higher sea levels, diminishing polar ice, ecosystem collapse and declined crop yields. How this will affect livelihoods and communities is difficult to predict.

Small island nations and other vulnerable countries are already feeling the effects, and the risk of massively increased poverty in these countries before 2050 is imminent.

Do we still have time to do what it takes?

All countries that signed the Paris Agreement have National Determined Contributions (NDCs) that represent their pledge. For the NDCs to result in real climate action, they must be ambitious and lead to large-scale economic, political and social change.

UNDP supports the NDCs and we’re see many good examples at work; Iraq focuses its national commitment on the intersection of climate and human security. It takes a holistic approach to climate risks, restoring ecosystems and using solar energy for crisis recovery in newly-liberated areas.

Its experiences can help inspire and develop national commitments for others with similar challenges.

To reach the 2030 Global Goals, we must understand the context and the inter-linkages. We need to increase the ambitions and pace of climate action and resilience against natural disasters. We must prevent conflict and build peace.

The pace and scale of the transition to renewable energy gives us hope, while providing millions of people with electricity, which is fundamental for long-term, sustainable development. Properly planned, energy initiatives can increase opportunities for children and women and guarantee their fundamental rights.

We must increase investment in climate adaptation and mitigation. Although the world is taking important steps to reduce carbon dioxide emissions, it may be too little too late for many of the most vulnerable.

It is important that we continue to invest in sustainable use of land and forests. It’s a basic and cost-effective way to reduce greenhouse gases. Maintaining and increasing the global forest cover is fundamental to this aim.

We must reduce greenhouse gas emissions rapidly while at the same time identifying ways to manage climate-related security risks.

In September, the UN invites world leaders and many others to a Climate Summit. We will do everything in our power to increase knowledge, ambition and investment for sustainable and peaceful development.