What surveying 50 countries taught us about climate action 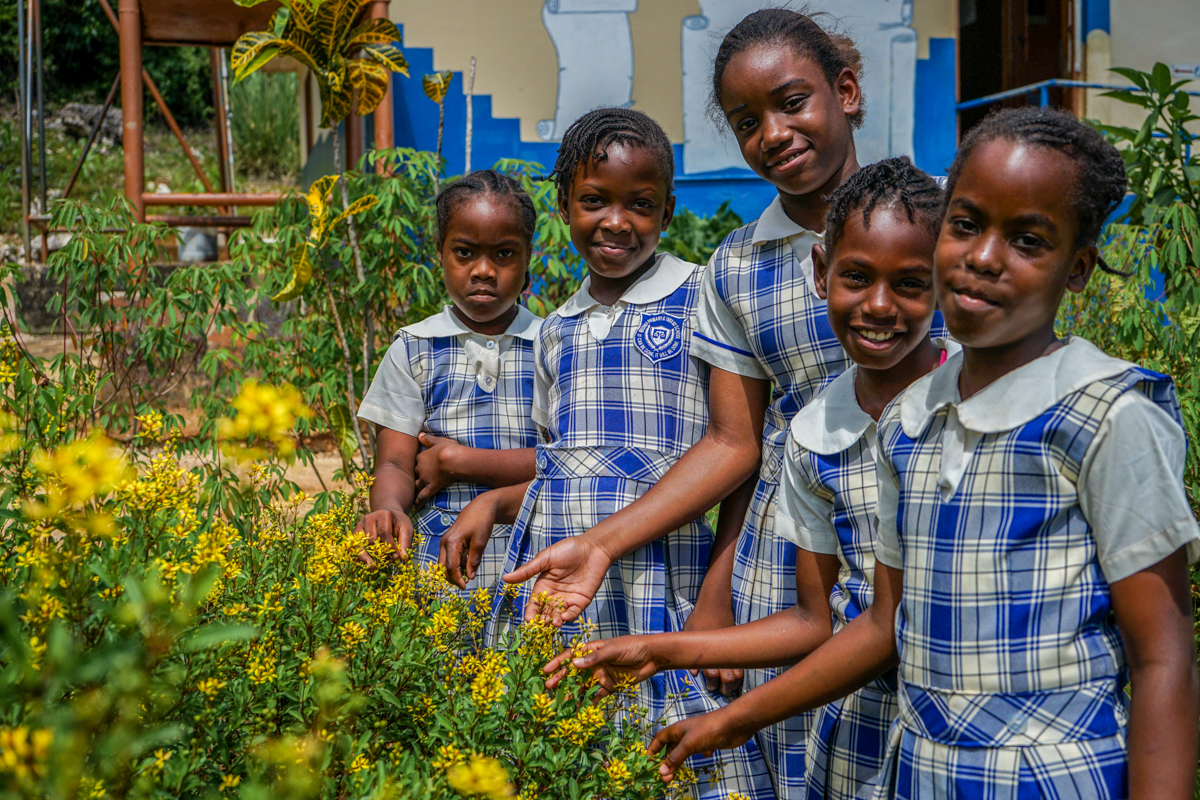 In a Jamaica school, students use rainwater harvesting for their garden — a time-proven method of climate change adaptation. The Peoples' Climate Vote taught us that the most profound socio-demographic indicator of belief in the climate emergency and climate action is a person’s education. Photo: UNDP Jamaica/Tori Repole

People around the world are more engaged on climate change than ever before. Prior to the coronavirus outbreak we saw huge marches, protests, and coalitions on every single continent.

The message of these movements is clear: We must do something.

But how do we translate ‘do something’ into tangible policy advice for world leaders? After all, ‘doing something’ can mean many different things. And not all policies are created equal.

We need an entirely new way of working. We need bold and urgent choices. And the only way we’re going to do that is if we can get millions of people to talk about the options for a better future. In order to tell world leaders what type of change people want, we must first reach out to them and listen.

In my work on climate change, there has often been a big gap between people calling for action and the bold choices the world leaders must take. That’s why, as part of UNDP’s Climate Promise, in February 2020 we created Mission 1.5 - an educational game about climate action.

We wanted to meet people where they were at, and we knew that increasingly that’s on their phones. The game puts players in the role of world leaders so they can choose the policies that could keep global warming to a safe 1.5 degrees. If they don’t succeed, then global warming climbs above two degrees, three, even five degrees – which as most of us know, means terrible damage to people, livelihoods and nature.

It allowed us to ask people how they envisioned the future in their countries. Given the choice, would they protect the forests and the ocean? Would planes and trucks run on cleaner fuels? Would food be grown on sustainable farms? And then we started to wonder what would happen if we took all these blueprints and made them available to governments?

And so the Peoples’ Climate Vote was born. Here are three important things to know about it:

·         With 1.2 million respondents, the Peoples’ Climate Vote is the largest survey of public opinion on climate change ever conducted. The poll covered 50 countries which represents 56 percent of the world’s people, including 550,000 people under the age of 18.

· The survey used an unconventional approach to polling, using mobile games.  When a person played a game like Words with Friends or Angry Birds, the poll would replace the traditional in-game advertisement. This resulted in a huge, randomized sample. To our knowledge, this has never been tried before.

· In many countries data on public attitudes towards climate policies has never been available until now. Now people have had their say on climate action, we hope the results will inform governments as they make high-stakes decisions on climate action and COVID-19 recovery.

1. The majority of people believe we are in a climate emergency. When we asked “Do you think climate change is a global emergency?” 64 percent of the respondents said yes.

2.  We invited people to support 18 policies to address climate change. Here are the four most popular policies in the 50 countries in the survey.

3. Education makes a huge difference.  The results showed that the most profound socio-demographic indicator of belief in the climate emergency and climate action is a person’s education.

4. The next generation gives us hope. In every country, more young people (69 percent) than older people (58 percent) believe climate change is an emergency However, other age groups are not far behind with 65 percent of those aged 18-35 and 66 percent aged 36-59 agreeing.

If you would like to take a look at more findings from the report, check out 10 key insights of public support for climate policies.

What we have seen confirms what we at UNDP could only guess at beforehand; people care about climate change and support a broad range of policies that can help address it. I believe that if their voices are heard, world leaders will pay attention.

These are among the biggest and most important decisions of our lives. What countries decide to do on climate change will either lead to a riskier, more unstable planet, or a future that is more prosperous and sustainable for us all. At the UN, we are ready to do our part.

Editor’s Note: If you enjoyed reading this blog, check out our latest report 20 insights on NDCs in 2020.