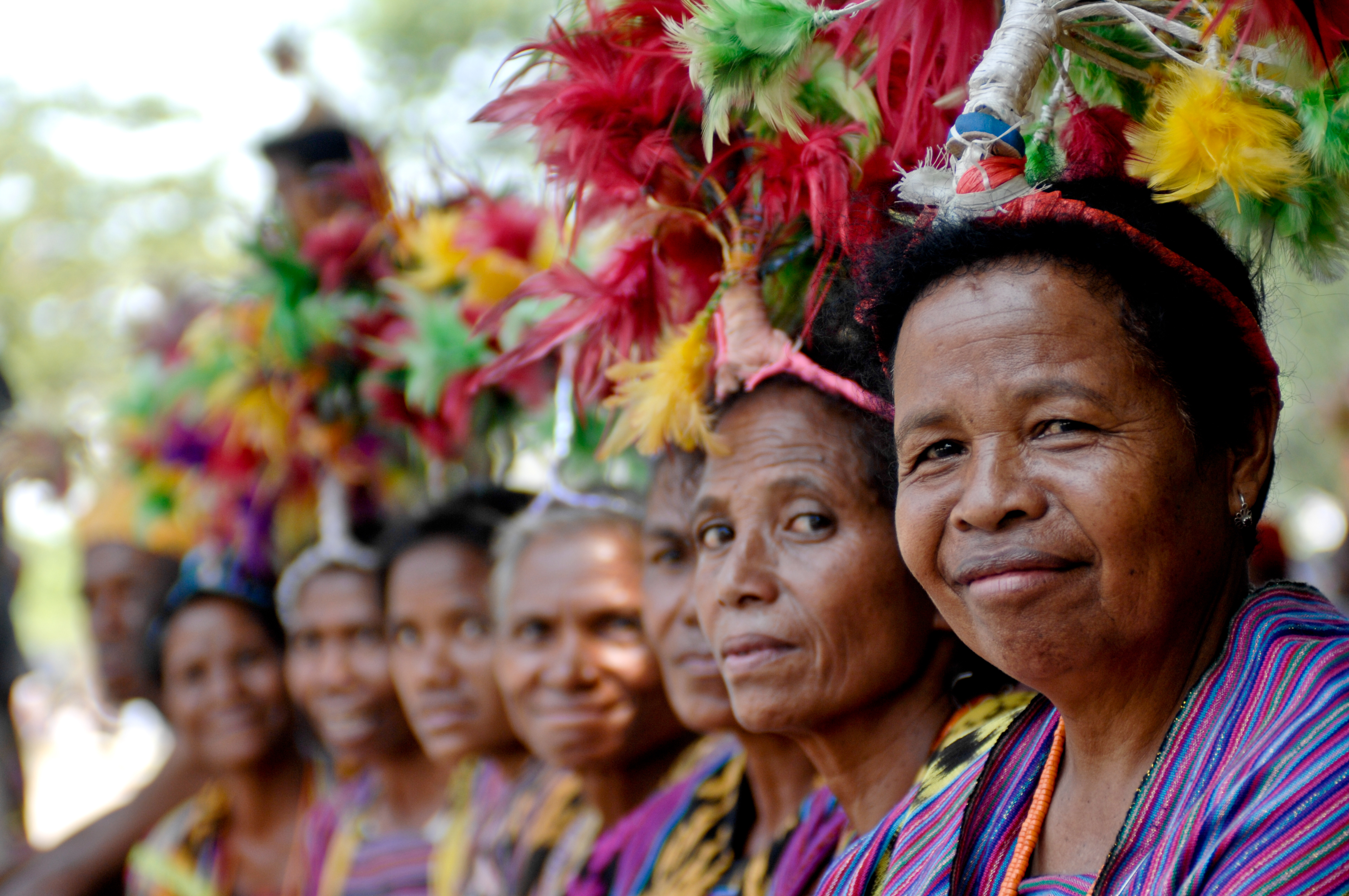 Women’s empowerment is about structural transformations that are required for gender equality. Photo: Bernardino Soares/UNMIT

Natalia Linou
Policy specialist on gender, health and HIV in the Bureau for Policy and Programme Support at UNDP

True women’s advancement comes from structural change, not savvy marketing from an industry with a checkered history when it comes to equal rights.

To celebrate Women’s History Month in March, alcohol giant Diageo has given the world Jane Walker: a female version of its Johnnie Walker whisky brand. “In recognition of women who lead the way,” the company says on its website, “We are unveiling Jane Walker, the first-ever female iteration of the brand’s iconic Striding Man logo.”

There has been much debate about Jane. While some have lauded the Jane campaign as progressive and supporting gender equality, others have criticized it for appropriating the women’s rights movement to boost sales. An op-ed in the New York Times highlighted a deep irony of the timing of the campaign: The liquor industry was one of the most powerful opponents of votes for women, through the financing of political campaigns and even “the promise of a free beer in exchange for a no vote on a suffrage referendum.”

An equally ironic story can be told from a public health perspective. The World Health Organization (WHO) states that more than 3 million deaths each year are a result of the harmful use of alcohol, and for those between 20 and 39 years old, approximately 25 percent of all deaths can be attributed to alcohol.

The links between alcohol use and injuries, including deaths from drink driving, as well as fetal alcohol spectrum disorders from the harmful use during pregnancy, are most commonly known. But alcohol is also linked to a number of infectious and chronic diseases, ranging from HIV and tuberculosis to a number of different cancers, including breast cancer and cirrhosis of the liver. Alcohol misuse is strongly associated with intimate partner violence, one of the most insidious and prevalent violations of women’s rights – something many suffragettes were deeply aware of.

The liquor industry is using women’s empowerment and the narrative of gender equality to sell more of its product to a burgeoning market. Globally, for the first time, women are consuming as much alcohol as men (granted, not yet whisky – hence Jane) with significant risks to their health.

The liquor industry is using the narrative of gender equality to sell more of their product. Photo: Gillian Chalmers/UNDP

This technique is not new. Big tobacco’s appropriation of women’s equality to market cigarettes to women in the United States and across the world is well documented. Virginia Slims infamously used the women’s liberation movement to reach an untapped market, as did a number of other brands. The 2001 Surgeon General Report on Women and Smoking described how women were targeted in tobacco marketing globally, including through advertisements featuring independent and “empowered” women, along with changes to package design.

As with tobacco, the hypocrisy of selling an addictive product as a form of female empowerment is notable.

The WHO Framework Convention on Tobacco Control calls for attention to the gender-specific risks of tobacco, and includes a suite of cost-effective interventions such as taxation of tobacco products. Similar policies can effectively limit the harmful use of alcohol and its negative impacts, including violence. The WHO Global Strategy to reduce the harmful use of alcohol outlines a number of them, including pricing policies, reducing the availability of alcohol and taking on marketing efforts such as this one.

Women’s empowerment is about structural transformations that are required for gender equality.

At UNDP we believe that women’s empowerment is about making structural transformations that are required for gender equality. As part of our work on HIV and health, our team supports countries to implement integrated approaches that address the links between alcohol policy, gender-based violence and HIV.

Appropriating women’s empowerment, and in fact the whole Sustainable Development Goals agenda, to boost whisky sales to women does nothing to change gender dynamics and power asymmetries.

Of course, some may point to the donations that have been pledged: $1 for every bottle of the Jane Walker Edition will be donated to organizations championing women’s causes. And that sounds good. But the fine print is much less impressive – the total donation pledged is a mere $250,000 from the largest alcohol producer in the world, which in 2017 reported an operating profit of over $4 billion.

At the same time we know that the economic cost of alcohol misuse on society can be high – in some countries it has been estimated to reach a staggering 5 percent of Gross Domestic Product.

As we affirm our commitment to gender equality, we must be wary of initiatives that simply co-opt the women’s movement without addressing the root causes of inequality.

There are many options to advance women’s rights that won’t contribute to more injuries, violence and poor health outcomes for women and men. Let’s not allow the liquor industry, whose legacy of silencing women’s voices speaks volumes, to copy big tobacco and appropriate this movement.

This article was originally published in NewsDeeply.