Getting COVID-19 supplies to Serbia 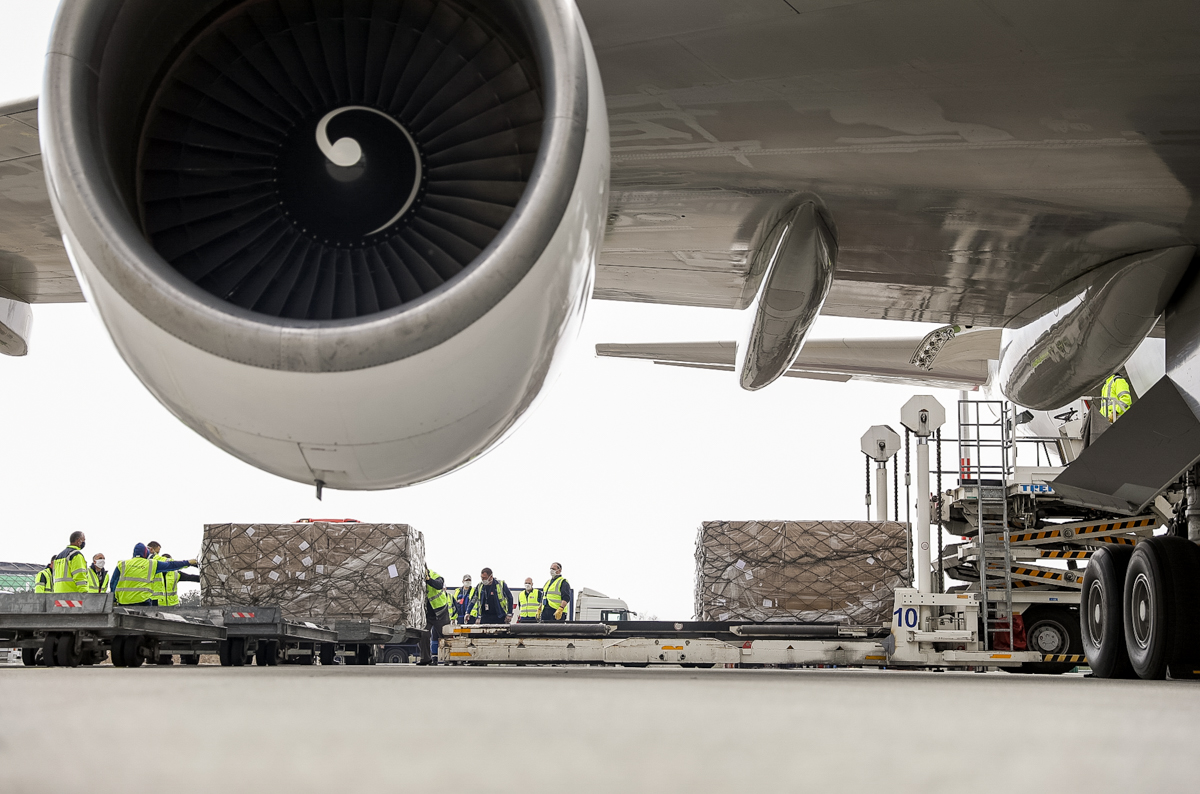 What new skill did you learn in quarantine? For me and my colleagues at UNDP Serbia, we mastered the art of hiring cargo planes to transport medical supplies.

Given the global crisis, with even the world’s most advanced economies experiencing a lack of medical supplies, or having trouble bringing them from abroad, the odds were against a small middle-income country. Yet in barely a month and a half, we managed to fly in 15 cargo planes with 720 tons of ventilators, protective equipment and COVID-19 tests.

We knew that Serbia would need help buying medical supplies the moment that the outbreak reached Europe. The government had already secured a significant quantity of medical equipment but lacked an efficient means of transport.

When we first received the official request for help from the president’s cabinet, I remember thinking, “How will we pull this off?”

But when you are in the midst of the national epidemic, every hour counts. I realized giving up was not an option. We just had to do whatever we could to make it work.

Drawing on experience from devastating flash floods that hit Serbia in 2014, Zarko Petrovic, the Resilient Development Team Leader, proposed to repurpose the funds from a project recently signed with the European Union Delegation.

UNDP’s Resident Representative Francine Pickup and the UN Resident Coordinator Francoise Jacob reached out to the  EU. Our  partners reacted incredibly fast, showing a great deal of flexibility, and within a day expedited all the paperwork to allow funds to be reprogrammed.

Now we had funding, but with increased global demand for cargo planes, securing them on time and at reasonable prices was another challenge. This is where our UNDP regional network helped, with supplier contacts and advice to ask companies on our roster of pre-approved contractors for offers.

The result? In less than 48 hours, the first plane was booked.

When we informed our government partners that we had found both the funding and the planes in such a short time, it was a truly remarkable moment. Nobody could believe it. We had managed to do the impossible.

And the rest is history, I would love to say. But not really. Not one of those fifteen flights went smoothly. Working with people in different parts of the world and very different time zones to solve the arising issues meant many sleepless nights.

I have done many important things in life and during my long UNDP career, but this is the first time that I felt the urgency of human lives depending on us.

When the tenth planearriving from China, I had a virtual meeting at midnight, confirming that everything is going as planned. At 6 a.m. a call from the Serbian Embassy in Beijing woke me up, letting me know the plane had not yet taken off, because it lacked a permit. The equipment had not gone through the customs clearance on time, so the plane operator agreed to wait, but changed the route of the flight, which entailed issuing new permits, a process that usually takes days.

Through with the aircraft brokers, we managed to bring the plane back to its original route and resolve the administrative issues within an hour.

After two weeks of dealing with challenges over and over again, somehow, I began to realize that there was no insurmountable problem. “Everything can be solved” became my new mantra.

What helped was having continuous communication with the relevant authorities in Serbia, Serbian embassies abroad, as well as the embassies of the countries from which the goods were being delivered.

The pandemic-imposed quarantine has changed communication for everyone. I used Whatsapp, Viber and We Chat groups daily. After I organised a Zoom meeting for partners from the government, with airline operators from the UK and forwarders from China, the government partners started using Zoom themselves. It occurs to me now that in moments of crisis lflexibility is a major asset.

Without dedicated teamwork, it would have been impossible to coordinate everything and transport the goods in a record time.

Throughout the office, there was a shared understanding that we are in this together.  I split tasks with my closest team members Aleksandra and Goran, who joined me early on in tracking the flights. More 15 of our colleagues were involved in one way or another, supporting the operation, from procurement to finding accommodation for plane crews and securing movement permits for all the involved. At the time, Belgrade was under a lockdown, with 12-or more-hour curfews, depending on the day of the week.

Our integrator approach was also crucial. For the flights, we connected the different actors and helped make the system work. We were also able to help other UN agencies, UNOPS, WHO and UNICEF, to transport medical equipment they had purchased and wanted to donate.

Trust we received throughout the process was paramount. The trust that senior management had in us, allowing us to take risks; trust between colleagues from diverse portfolios; trust we had from the Government of Serbia, which included us in all necessary communication channels to make it all possible; and the trust of our partner and donor, the European Union that we would get the job done. A moment I will never forget is seeing the EU Delegation to Serbia Ambassador Sem Fabrizi, the Serbian EU Integration Minister Jadranka Joksimovic, the Chinese Ambassador to Serbia Chen Bo and our R.R. Francine Pickup driving together in the airport shuttle bus, as they welcomed that first plane. For me, that was a true embodiment of solidarity, of East and West united in humanitarian response, joined together by UNDP.

I have been nicknamed the Queen of Flights during our office’s COVID-19 response. It’s a badge I will carry with honour, knowing how many lives we managed to save in a short period of time.